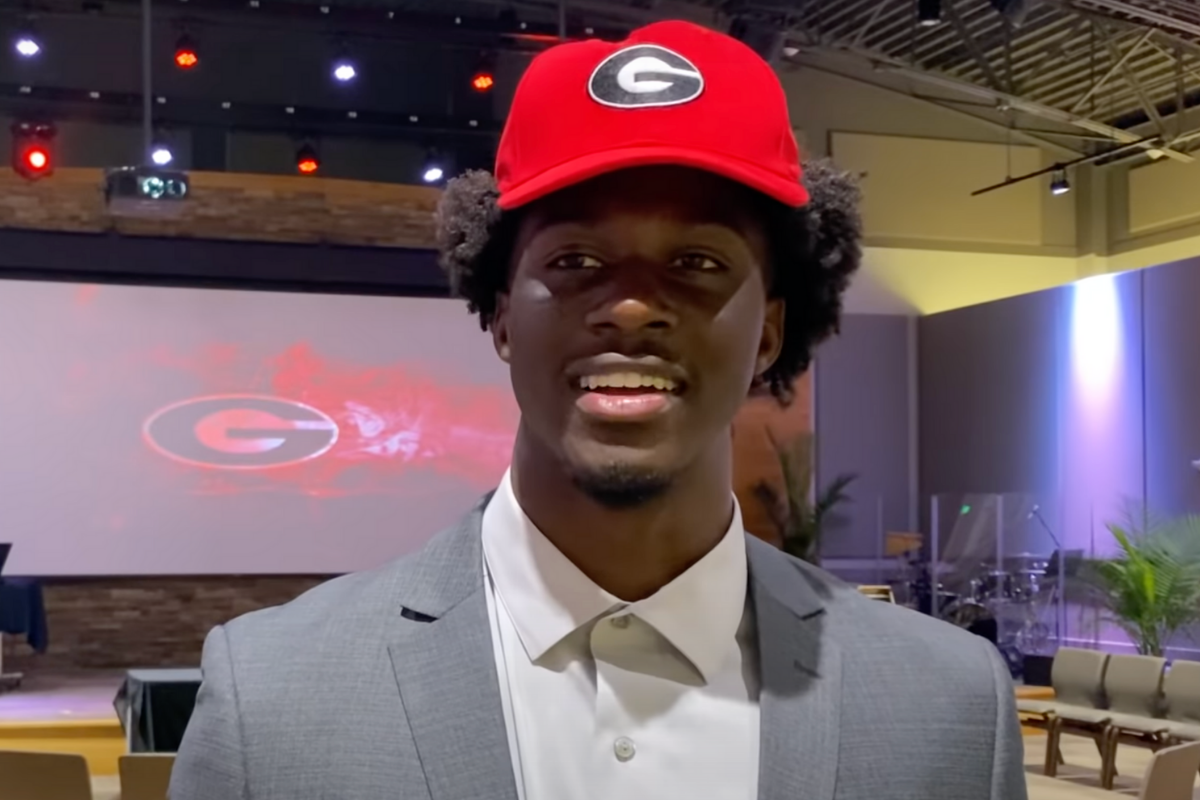 The Georgia Bulldogs have scored yet another recruiting victory.

Jalon Walker, an outside linebacker from Salisbury High School in North Carolina, will be taking his talents to Athens for the 2022 season.

Head coach Kirby Smart has locked up some of the best college football recruits over the last few years, and Walker is another name to add to the list.

Based on the hype surrounding the 2021 and 2022 recruiting classes, the Dawgs have quite a bit to live up to, and four-star prospects such as Walker will be important in the push for another College Football Playoff appearance.

Teams like the Clemson Tigers and Ohio State Buckeyes found themselves in Walker’s top six, but the Bulldogs won this battle.

Jalon Walker has plenty of experience as an OLB, but he also has snaps as a tight end.

On defense, his athleticism shows up on the highlight reel immediately. He can chase down running backs if he ever needs to, and his work off the ball sets up his teammates to make big plays behind the line of scrimmage.

Walker is primed for the NCAA level. The 247Sports Composite awards him four stars already, but a strong senior year of high school could push him to get an even higher rating.

If Jalon Walker lives up to his ceiling, Georgia football just gained a future All-American. If he can develop even further, his name will undoubtedly be called in a future NFL Draft.

For now, we’ll have to wait and see how he progresses.