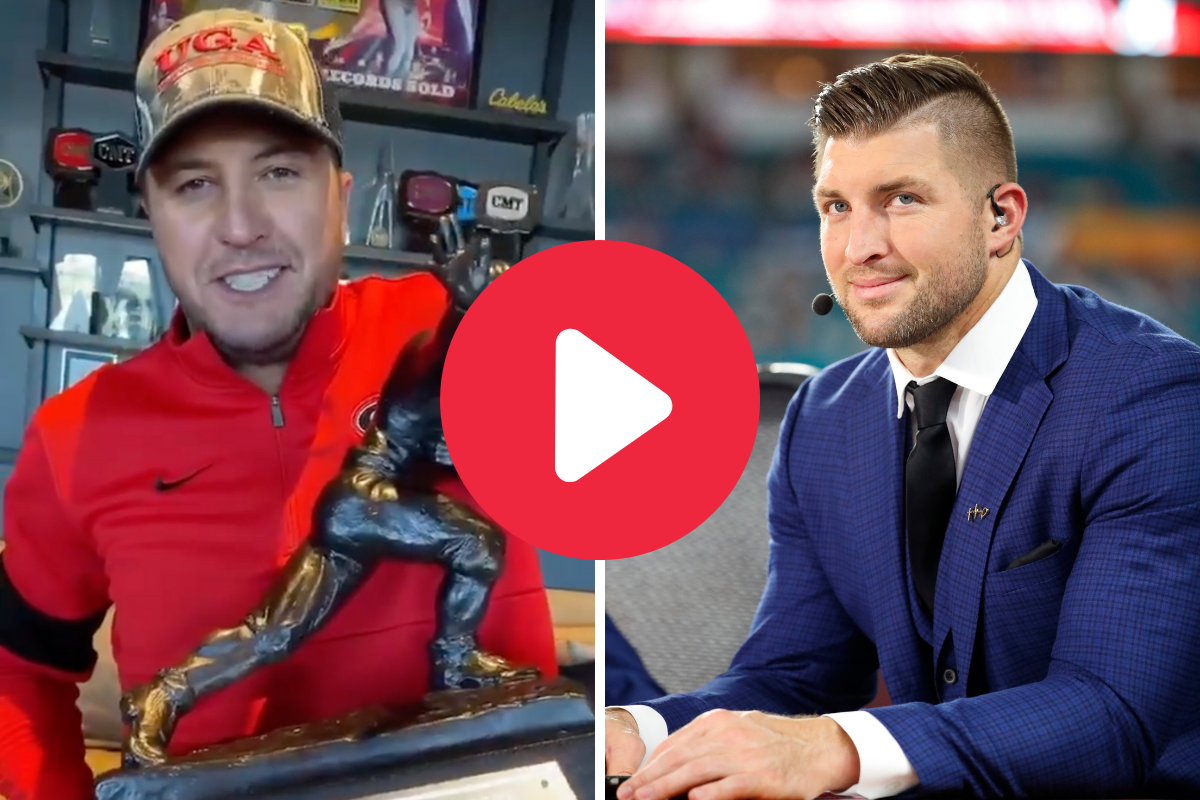 Everyone wants their hands on a Heisman Trophy. College football quarterbacks like Kyle Trask and Mac Jones are hoping to hold it in their hands at the end of the season. Collectors pay big money to purchase past winners of the 45-pound cast bronze statue.

Now, just imagine how much someone would pay for Tim Tebow‘s 2007 Heisman Trophy. Would you ever expect a country singer star and Georgia Bulldog fan to buy it?

In honor of Florida-Georgia week before the two SEC teams play each other in Jacksonville, country star Luke Bryan and former Gator quarterback Tim Tebow are having some rivalry fun.

Bryan posted on Instagram that his wife Caroline had won Tebow’s Heisman Trophy in an charity auction last year. The caveat was that they only kept it for six months.

“Last year at the Red Bird Games,” Bryan said, “my wife ? well Tim Tebow showed up to the Red Bird Games and offered up his Heisman up for auction to donate to the Brett Boyer Foundation. And my wife bid and won Tim Tebow’s Heisman to be in our home.”

Tebow delivered the trophy to Bryan the week before the World’s Largest Outdoor Cocktail Party, and the Bulldog fan has already put a “curse” on the Florida Gators by draping the trophy in a UGA hoodie.

We don’t know how much Bryan’s wife paid, but we do know that Tebow got his hands on an item belonging to the “Drunk on You” singer: his 2015 Entertainer of the Year award.

In a video posted to Facebook, Tebow sets the record straight on how to say “Florida-Georgia” (hint: it’s not Georgia-Florida) and tells us how he plans to “bless” the trophy by throwing a Gators jersey on it.

Tebow continued the rivalry by stirring his coffee using the award in a separate video. He asks which tool is the best to stir the cream and his wife, Demi-Leigh Tebow, shows up with the award

?Guys, that?s all you got to do. The new rocket blender. Entertainer of the Month apparently,” Tebow quipped.

I would’ve never expected a country music star and a former NFL quarterback to be going head-to-head during this rivalry week between the University of Florida and University of Georgia, but here we are in this crazy COVID-19 year.

What’s interesting is that this isn’t the first time Tebow has sold his trophy for charity for a brief time. Former Live! with Regis and Kathie Lee host Kathie Lee Gifford paid $100,000 in 2018 to keep it for a year.

Who will show off Tebow’s Heisman Trophy in their home next? I guess we’ll wait and see.

MORE: Tim Tebow Brought Halloween to Heisman House, And Everyone Dressed Up As Him