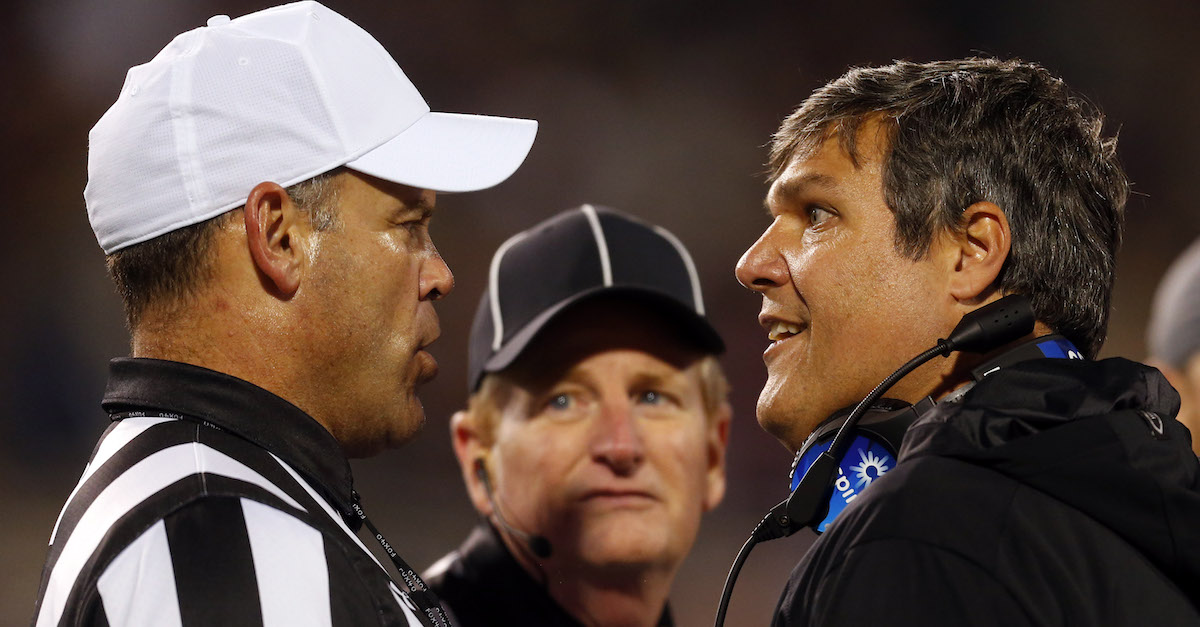 After UCLA reached agreement with Chip Kelly on Saturday, the dominoes started falling on Sunday as Texas A&M fired Kevin Sumlin, Florida brought in Dan Mullen (which opened the Mississippi State job) and Tennessee agreed then changed its mind on bringing in Greg Schiano. To finish up the wild slew of moves, Ole Miss announced its next head coach would be none other than current interim head coach Matt Luke:

The rebuilding project in Mississippi is well underway, as Luke, a former player turned coach takes over. The move comes just days after Ole Miss knocked off Mississippi State, 31-28.

Ole Miss and former head coach Hugh Freeze agreed to part ways before the season started due to Freeze?s own scandal with the school. Offensive coordinator Luke had been the interim head coach in that time.

Ole Miss athletic director Ross Bjork was hoping to come to a resolution very soon after the season, saying that his school will be ?ready to strike? to fill the position. Via the Daily Journal:

?We want to be ready to strike,? Bjork said. ?We want to talk to all the right people as soon as those last games are finished on Nov. 25. Then we?ll see where it goes. Does it take a couple of days? Does it take a week? That will be decided as things evolve.?

It makes sense every year that a school will want to find a new coach rather quickly. Wait too long and you end up running out of your best candidates, and you could be forced to make a hire that you really aren?t sure about. Who knew their “best candidate” was already en tow.