Which of the SEC’s 13 Teams Can Win the NCAA Tournament? 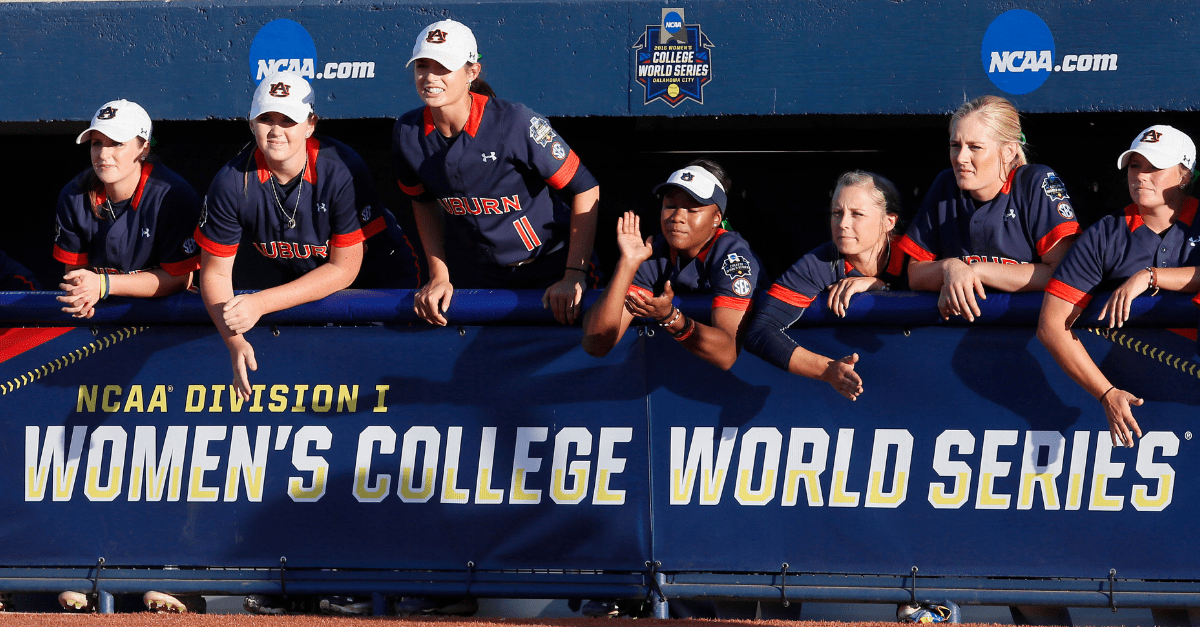 Softball is the most underrated sport in America. With Major League Baseball being as uninteresting as ever early in the season, fans are yearning to see quality, exciting games played on a diamond. The NCAA Tournament’s 64-team bracket is here (No, not THAT tournament.), and there are three weeks of softball action coming to finally fill that void.

The Oklahoma Sooners, riding a NCAA-record 39-game winning streak, are the No. 1 overall seed in the tournament. UCLA is No. 2, Washington is No. 3, and defending champion Florida State is the No. 4 national seed. After those four, 13 of the other 60 teams all represent the Southeastern Conference, meaning every team from the nation’s toughest conference has reached the Big Dance.

If you haven’t watched in the past, this isn’t your standard “survive and advance” tournament. The NCAA Regionals ? consider it the “first round” ? have 16, four-team groups playing a double elimination mini tournament. Those 16 winners advance to play in a three-game series ? the Super Regionals ? with a trip to the College World Series in Oklahoma City on the line.

Take a look at which of the 13 SEC teams have a serious shot to capture the 2019 NCAA Tournament title.

The Bulldogs managed to win the SEC Tournament’s play-in game over Texas A&M, but lost the following day against Ole Miss, which is the story of their up and down regular season. At home in Starkville, Mississippi State was 21-8. Away from home (including neutral site games), they were only 12-13. Playing in the same regional as the Washington Huskies is just a tough draw that’ll be tough to overcome.

The Aggies don’t have to travel far, and college football fans can even get a taste of the long-lost, in-state rivalry when the Aggies eventually take on the host team, Texas Longhorns. However, playing outside of College Station was nearly impossible this year. Texas A&M only won three games not played at home on Davis Diamond.

This regional boasts three of the top-40 pitching staffs in terms of ERA this season. Texas A&M isn’t one of them…

The Tigers advanced to the SEC Tournament semifinal with shutout wins over Missouri and Tennessee before losing to eventual champions Florida. Before that? Auburn lost eight of nine games to close the regular season. Now, Auburn travels from East to West with the eight-time NCAA Tournament champion Arizona Wildcats hosting the opening round.

Mizzou is about as hot and cold as you can be. They swept Kentucky, the No. 14 overall seed, earlier in the year. The Tigers also got swept by Mississippi State a month later. They have the displeasure of playing in the same regional as the powerhouse UCLA Bruins, plus two conference champions in Cal Fullerton (Big West) and Weber State (Big Sky).

They’ll need all the help they can get.

The Gamecocks have five of their last seven games, so they’ll need to get the bats going in a hurry. That’ll be harder when they play South Florida (1.98 team ERA, 22nd in NCAA) in their Regional opener. If they survive USF, host team Florida State (1.86 team ERA, 16th in NCAA) would likely be up next.

With SEC Player of the Year Abbey Cheek on the field, anything is possible, and the Wildcats have a solid draw that includes Toledo and Illinois. However, getting Virginia Tech (19-2 record on the road this season) is going to be hard to overcome. Should they manage to survive, Kentucky could give any team fits over a three-game series.

The Rebels (37-17) deserved to host a regional tournament after the season they had, but they have the most-difficult mid-major team in their four-team opener. The Louisiana Ragin’ Cajuns (50-4) are riding a 27-game winning streak and have the second-best team ERA (1.37) in all of NCAA Division I college softball. Ole Miss needs to really impress on stay alive, but it’s going to be difficult.

The Dawgs won 40 games this year and got hot at the right time, winning nine of 11 to close the regular season. The Minnesota Golden Gophers are hosting North Dakota State and Drake as well, but something about this regional feels like Georgia has the upper hand. They’ve been tested all year in the SEC and have a chance to showcase their talent in this regional.

The Vols softball team was bounced early in the SEC Tournament, which should be the perfect fuel to get them going. The most dangerous team in their draw is the North Carolina Tar Heels, who lost the ACC Tournament championship game against Florida State. If Tennessee escapes, they could face Florida in the Super Regionals, a team Tennessee beat two out of three times in Gainesville earlier this year.

Arkansas might not be a powerhouse on the football field, but the Razorbacks have legitimate softball and baseball programs that are just a foul ball away from greatness. First-Team All-SEC outfielder Hannah McEwen tied for the conference lead with 72 hits this season and could be the difference maker when Arkansas needs a baserunner late in close games.

After dropping the SEC Tournament championship game to Florida, the SEC’s regular season champs are hungry to get over the hump and reach the Women’s College World Series for the first time since 2016. This is one of the best pitching staffs in America, so they’ll have plenty of options against the various lineups they’ll face the rest of the way.

UF is riding high after an SEC Tournament title. It seems like when Kelly Barnhill (30-11) is in the circle, the Gators can beat any team in the country. That being said, she’s already appeared in 44 games and thrown 241.0 innings, which ranks top-5 in the country. Barnhill is historically great, but she needs help from the rest of the Gators to survive all the way to Oklahoma City.

LSU is back in the NCAA softball tournament for the 21st time in the last 22 seasons. Still though, a national championship hasn’t made its way back home to Baton Rouge. Seven different LSU players earned All-SEC honors this season, and there’s no reason why this team couldn’t advance to the WCWS once again.

This time, though, a talented LSU roster won’t be satisfied with anything less than a national championship trophy.