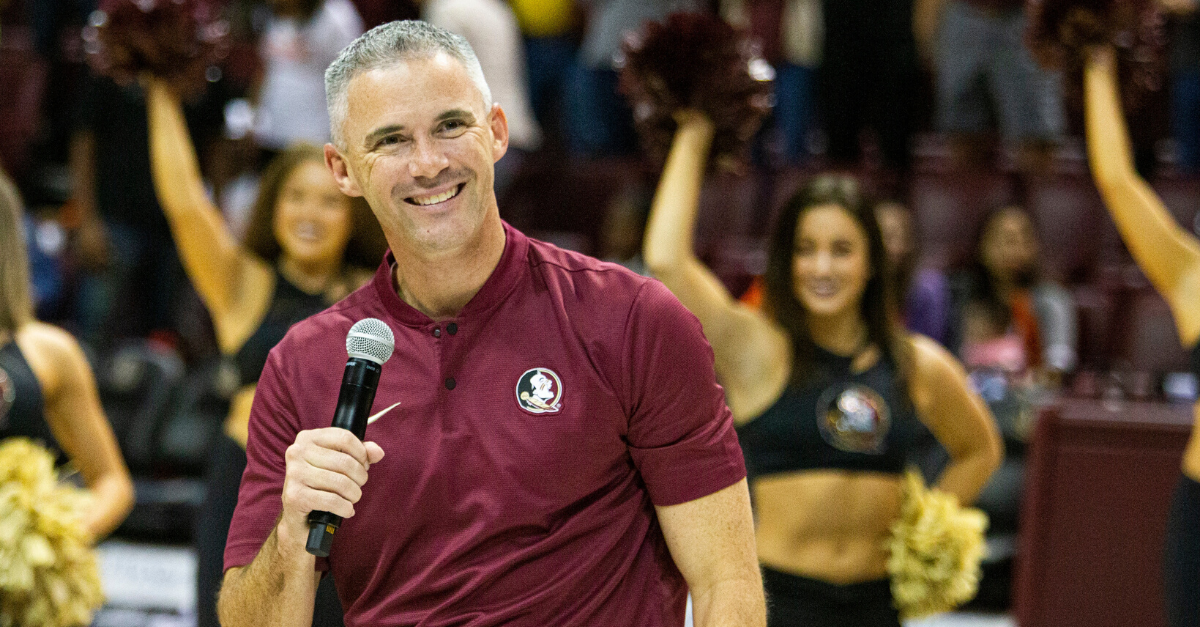 The Florida State Seminoles are still a premier college football program for players and coaches despite the last two seasons. After firing Willie Taggart and introducing former Memphis coach Mike Norvell as the school’s newest head coach, Norvell has been tasked with keeping FSU’s recruiting class together and turning the ship around.

That starts with top-flight recruits, which Florida State has had no trouble reeling in over the past decade. Five-star athletes like Cam Akers, Derwin James, Dalvin Cook, Jalen Ramsey and Jameis Winston have all passed through Tallahassee, and the next in that list of names could be Demorie Tate.

Ranked the No. 5 cornerback and No. 50 overall prospect in the nation by 247Sports, Tate joins a school known for churning out NFL defensive backs. Ramsey, James and Xavier Rhodes are just a handful of DBs that recently hail from the same school that Deion “Primetime” Sanders did.

The 6-foot-1, 189-pound signee has good size and 4.5 40-yard-dash speed, which will be needed against receivers in the ACC. The Orlando, Florida, native from Freedom High School stuck with Florida State despite offers from Alabama, Florida, Miami, Auburn, Georgia, Tennessee, Pitt, and UCF.

Demorie Tate took an official visit to Florida State on Dec. 13 and decided after that he was dead set on the ‘Noles. He told 247Sports that he liked coach Norvell’s fiery passion but was sold once associate head coach and recruiter Odell Haggins was retained by Norvell.

?Odell, he was the one to offer me to go here,? Tate told 247Sports. ?He?s more than a coach. He?s another father, another uncle. He?s always making sure I?m doing good, no matter what. I respect him for that, love him for that.?

Tate pushed FSU football’s 2020 recruiting class to No. 24 in the country and No. 5 in the ACC. They officially welcomed fellow four-star prospects linebacker Stephen Dix Jr., running back Lawrance Toafili and defensive tackle Emanuel Rogers as well as three-star prospects such as wide receiver Kentron Poitier and defensive end Josh Griffis. Four-star wide receiver Malachi Wideman is also committed to the Seminoles.