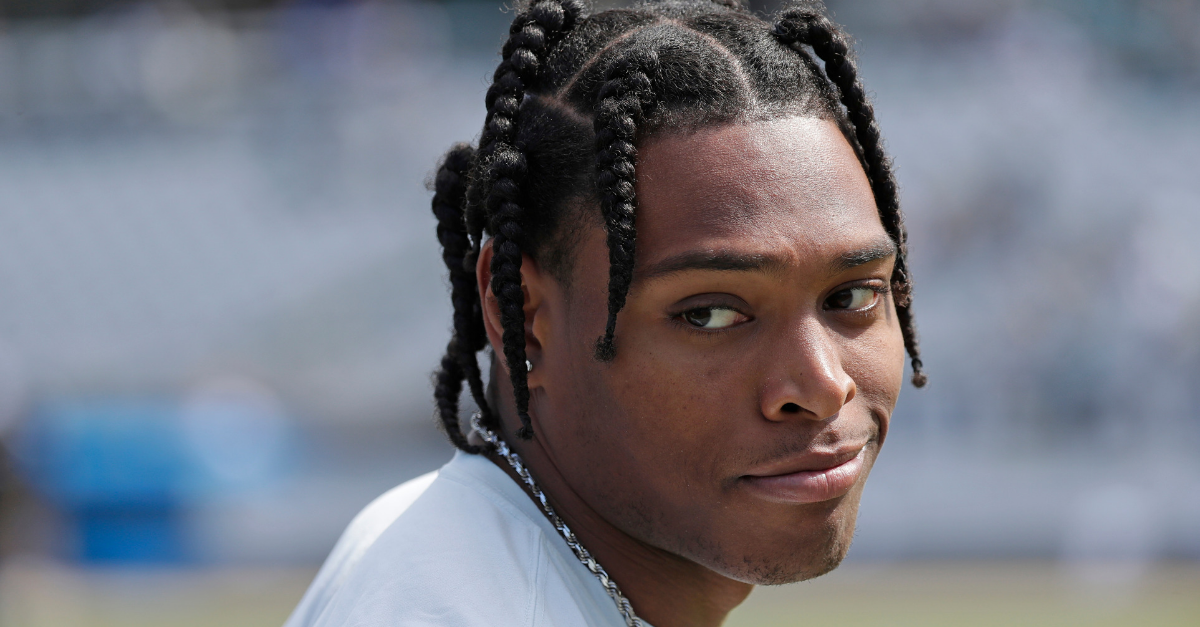 Fans do all kinds of crazy things when their favorite players leave their team or are traded. One of the most popular, of course, is burning the jersey of said favorite player.

LeBron James has seen this play out a few times after leaving Cleveland Cavalier fans hopeless following multiple departures. San Francisco 49ers fans lit Colin Kaepernick player jerseys on fire even before he did anything remotely controversial. Nothing says you care about your team like torching a $100 article of clothing.

Jacksonville Jaguars fans have a safer, anger-less outlet to release their frustrations over the team trading Jalen Ramsey to the Los Angeles Rams. He is widely considered one of the best cornerbacks in the NFL.

One bar in Jacksonville Beach is offering free shots of tequila in exchange for Jalen Ramsey jerseys. The bar, The Shim Sham Room, is then going to donate all the Jaguars jerseys collected to Los Angeles homeless shelters.

“Bring your Jalen Ramsey in 4 a free shot of Patron. Sending all jerseys to shelters in LA,” the sign in front of the bar reads. The bar confirmed the promotion on Facebook.

This is great on so many levels. It’s a win-win-win for Jacksonville fans, and I’ll tell you why:

The Philadelphia Eagles came under criticism for not completing a trade for Jalen Ramsey, but it clearly was not for a lack of effort. They engaged the Jaguars, and pushed for a deal, but in end, Rams just offered more.https://t.co/goDtPovWxH

Ramsey, a two-time Pro-Bowler, was traded to the Rams for two first-round picks and a fourth-round pick. An avid trash talker, the 2016 first-round pick out of Florida State shut down opposing receivers and was a key part of Jacksonville’s elite defense in 2017 that carried the team to the playoffs.

As most NFL fans know, Ramsey cornered the Jaguars front office into trading him. When he requested a trade after a sideline scuffle with head coach Doug Marrone, the team said they wouldn’t trade him.

Ramsey, pulling a page from Antonio Brown’s book, then said he was sick the week after the sideline incident. A timely back injury followed, which no one in their right mind believed. He was inactive for the team’s following three games against the Denver Broncos, Carolina Panthers and New Orleans Saints, and so Jaguars owner Shad Khan traded him away.

The Jaguars have gone 3-4 this season and sit second to last in the AFC South. Quarterback Gardner Minshew has injected the city with hope, but losing your star cornerback isn’t a recipe for success.

So gather your teal, black, white and gold Jalen Ramsey Jacksonville Jaguars jerseys and drink up, Jacksonville. It’s for a good cause.

If you don’t have one, they are pretty cheap on Amazon right now.