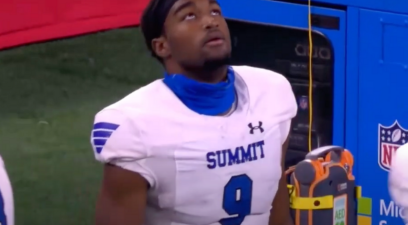 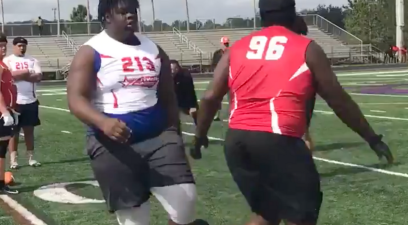 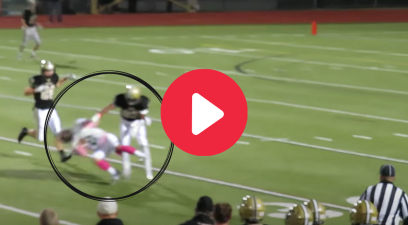 The Texas A&M Aggies are a few pieces away from being a serious threat in a crowded SEC West. After only two seasons, head coach Jimbo Fisher already signed the nation’s No. 4 recruiting class in 2019 and inked the No. 6 class of 2020. A pair of five-star recruits — wide receiver Demond Demas and safety Jaylon Jones — lead the way along with four-star quarterback Haynes King.

As of November 11, 2019, you can add four-star defensive end Donell Harris from Miami, Florida to the growing list of future Aggies.

Let’s Get It Popping In College State Baby 👍🏾 @CoachIsh_TAMU pic.twitter.com/9nGd4g5BzK

The 6-foot-4, 215-pound pass rusher from Gulliver Prep High School held at least 24 offers from schools like Alabama, Auburn, Clemson, Florida, Georgia, LSU, Michigan, and Penn State. Harris was once committed to Manny Diaz and the Miami Hurricanes, but decided to decommit and reclassify from 2021 to 2020 back in June 2019.

It’s not a surprise why Harris reclassified, either. According to statistics submitted to MaxPreps, Harris totaled 60 tackles and 19.0 sacks in his final year for the Gulliver Prep Raiders, who went 10-1 under head coach Earl Sims. Their only loss came to eventual FHSAA Class 4A state champion Booker T. Washington.

Harris exploded for 73 tackles, 21 sacks and three forced fumbles as a sophomore with Booker T. Washington High School before transferring to Gulliver Prep.

That performance earned Harris a four-star rating by every major recruiting service. 247Sports ranked him as the No. 5 weakside defensive end in America and Florida’s No. 8 prospect regardless of position.

Texas A&M is building something special in College Station. Competing for college football’s national championship takes time, but Jimbo Fisher is certainly fast-tracking that growth by adding players like Harris to the mix.

The Aggies’ 2019 season might’ve finished with a less-than-desired result, but the future is bright in Texas.

This article was originally published November 14, 2019. It was updated following Harris’ enrollment at Texas A&M University. He’ll be a true freshman during the 2020 season.