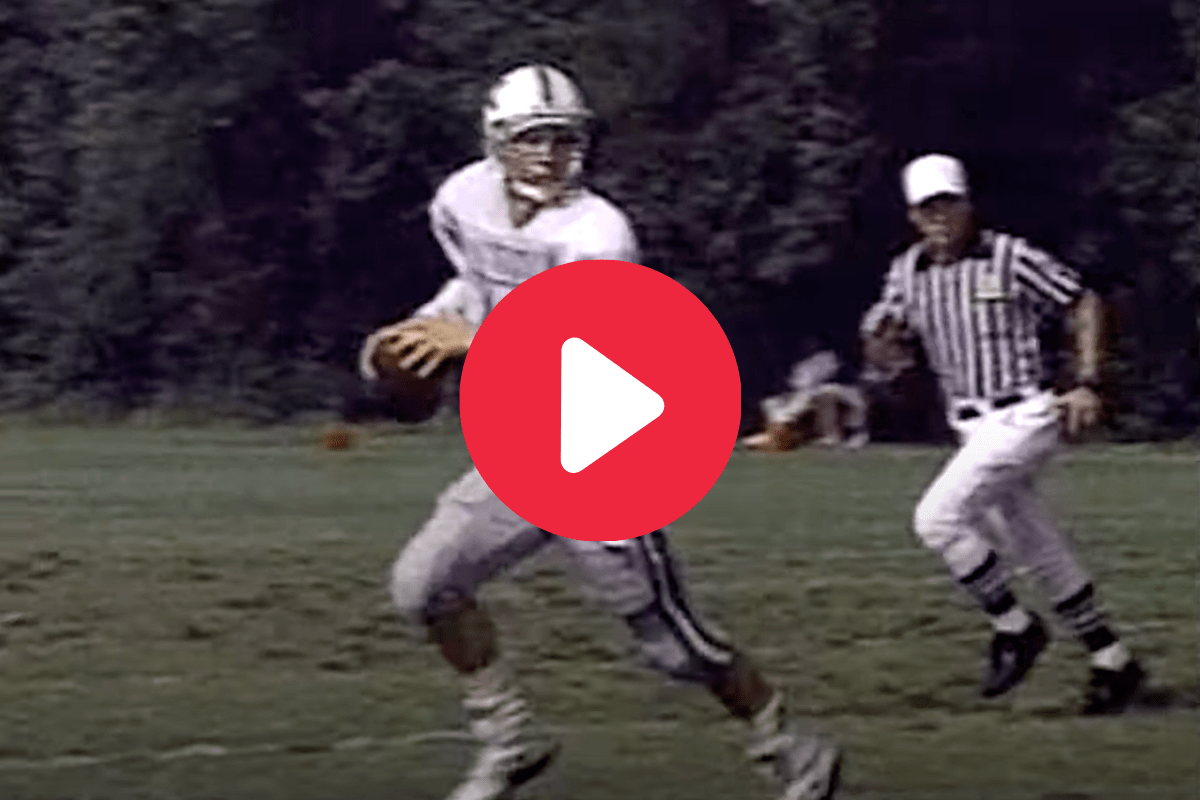 Peyton Manning had a wonderful career and has gone down as one of the greatest quarterbacks in NFL history. From his time with the Indianapolis Colts to his Super Bowl victory with the Denver Broncos, “The Sheriff” was the ultimate competitor and consummate professional.

The traits that made Manning so valuable as a passer were also on display during his high school football days. Playing at Isidore Newman School in New Orleans, Louisiana, the Hall of Famer put his talent on display for a world of college scouts to see.

Playing for Newman, Manning was as dynamic as a high school prospect could be. His trademark velocity and ability to throw the deep ball made his wide receivers (including his brother Cooper who caught passes from him) better, and this offense looked incredible on the tape.

Manning made his varsity debut during his sophomore season and never looked back, totaling 2,142 passing yards and 23 touchdowns. While those are solid numbers, Manning took it upon himself to get even better.

In his senior year, the QB reached the apex of high school football: he totaled 39 touchdowns and was named the Gatorade Player of the Year while leading Newman to the playoffs.

While all of his former teammates lauded his dedication, preparation and work ethic, some didn’t ever think he’d accomplish what he did.

“This is one of my favorite things to tell people: I had no idea,” former Newman tight end and Manning teammate Michael Keck told Fox Sports. “He probably wasn’t even the best natural athlete on our team. … I would even say he wasn’t even in the top-three athletes in his own family. I mean, Cooper was a way better athlete. Archie was probably more nimble. Eli is probably a more naturally gifted athlete than Peyton. And I’ve never seen Olivia compete, so Peyton might actually be the worst naturally gifted athlete in his own family.”

Manning had his pick of top college football programs, including his father’s alma mater Ole Miss. After careful consideration, he decided to commit to the University of Tennessee Volunteers.

However, he nearly headed to the Big Ten and played for Michigan, where he would’ve been teammates with…Tom Brady.

Peyton’s father, Archie Manning, said in a 2018 interview at ?An Evening with Manning and Miles,? a charity event benefiting the Louisiana Sports Hall of Fame, talked about his son’s recruiting process and said he almost played in Ann Arbor.

?A lot of people don?t know this, but Peyton almost went to Michigan. He wanted to get away from the Southeastern Conference and carve his own,” Archie Manning said.

Just imagine how his career would have played out. It was probably for the best he headed to Knoxville.

Manning proved he was ready for the NCAA almost instantly. The Vols never won the national championship game with Manning at the helm, but the quarterback helped set the stage for the team to succeed when he left.

In four seasons, Manning ended up with 89 touchdown passes against just 33 interceptions. He was a Heisman Trophy finalist three times and a consensus All-American in 1997.

He remained remarkably consistent as the starter; his passing efficiency rating never dropped below 145.2 or soared over 147.7 in a single season. The National Football League was the next logical step in Manning’s budding career, and he declared for the draft after his senior year.

All 43 of Peyton Manning's Career Playoff TDs! (via @NFLThrowback) pic.twitter.com/LOVJZuek9U

Manning was taken by the Indianapolis Colts with the first overall pick in the 1998 NFL Draft and was the talk of the town for 13 seasons there. Manning had notable regular-season success but often failed to win the “big one” in the postseason for much of his time in Indy.

His fortunes changed in Super Bowl XLI when the Colts beat the Chicago Bears. After missing the 2011 season with a neck injury, the Colts released Manning during the following offseason, only to see him sign with the Denver Broncos days later.

Manning looked rejuvenated in the AFC West; he would go on to beat the Carolina Panthers in Super Bowl 50 as well. All told, Manning finished his storied career with 14 Pro Bowls, seven first-team All-Pro selections, five MVP awards and many NFL records.

The moment that Peyton Manning found out he was heading to the @ProFootballHOF 🙌 #NFLHonors pic.twitter.com/elsoseFLnh

When you think of the best quarterbacks of the 21st century, the names that likely come to mind are Tom Brady, Drew Brees, and Peyton Manning. The latter will be enshrined in Canton first, and his work in high school paved the way for future success.