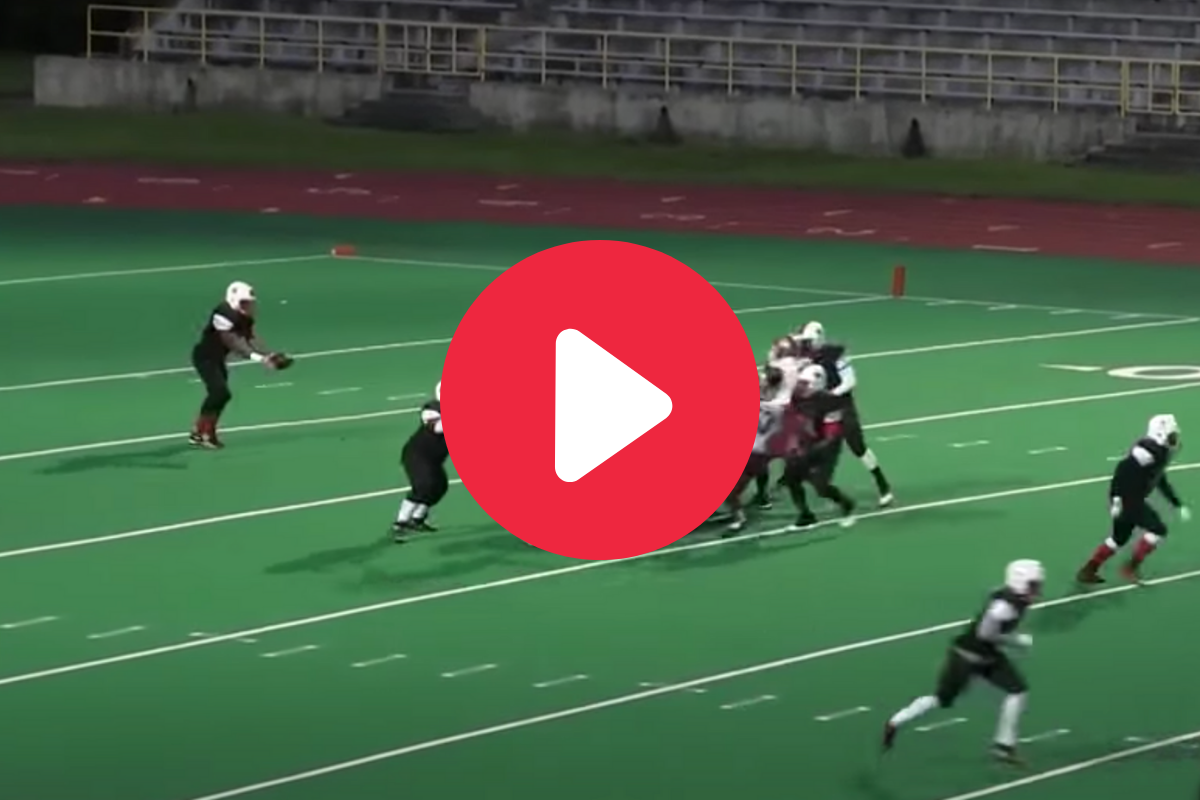 Football is full of all sorts of weird and wacky plays. Dance parties breaking out in the middle of a play are always a possibility. The “Gator Flop” in which an entire college football defense lied down to let a team score a touchdown was quite the sight, too. And let us never forget the incredible “Butt Fumble” composed by the one and only Mark Sanchez.

If you ask me, high school is where the really odd stuff happens. Where else would you find a player head-butting a referee or a golf cart mowing down a coach?

How about a punt that rolls 50 yards with the help of players creating their own wind? Yeah, that happened in an Illinois high school football game.

One of the most unbelievable punts of all time took place between Al Raby High School and Morris Community High School in Chicago, Illinois, during the state semifinals of the 2017 playoffs.

Raby’s punter takes the snap in his own territory near the 10-yard line and kicks what at first looks like a pretty poor, 33-yard punt to his own 43-yard line before taking a generous hop.

However, because someone turned off the laws of physics at precisely the right time, the ball rolls and rolls and rolls…and rolls some more. Once the lopsided pigskin ball hits the 50-yard-line it was off for the running like that Chef Boyardee soup can that rolled home from the grocery store.

Players wave their arms at it as if to create their own wind force. The result? An 86-yard absolute boomer of punt that sends members of the high school team into a frenzy.

There’s no way that football field is level. Or maybe the football is battery-operated. I don’t know. The video went viral on social media and gained attention from ESPN because of the complete absurdity of it.

Just how amazing is the yardage? Well, the last time an NFL punter booted a ball that distance came all the way back in 2001, when Rodney Williams skied a 90-yarder. The NFL record for longest punt is Steve O’Neal’s 98-yard punt in 1969.

No punt will ever compare to the rolling Raby punt, though. That has a nice ring to it, don’t you think?

This post was originally published on April 3, 2020, but is too ridiculous not to relive.

MORE: “Playing Dead” On a Fake Punt is Still the Most Insane Idea Ever