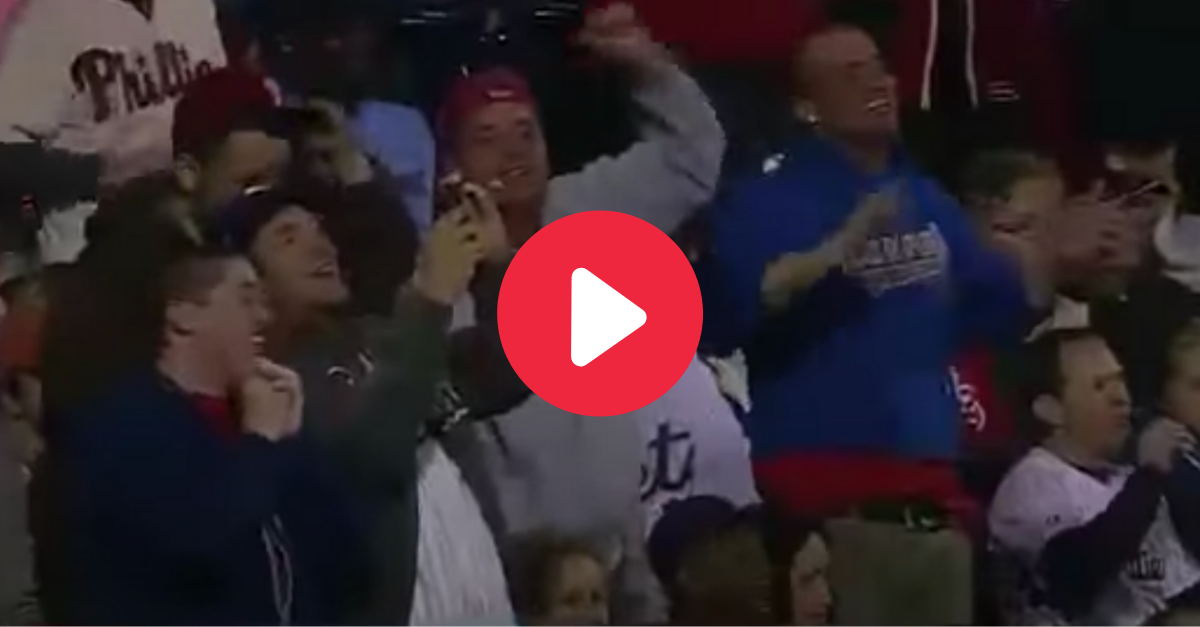 Throughout your life, there are those moments in history you never forget — Where you were. What you were doing. Who you were with. They are etched in your memory permanently and any sort of reminder triggers you back to that place in an instant.

May 1, 2011 — or May 2 depending on where you lived at the time — should be one of them. Osama bin Laden was shot and killed in his compound in Abbottabad, Pakistan by a group of US Navy SEALs. The breaking news spread across the globe at hyper speed. People rejoiced, and celebrations were underway.

When President Barack Obama confirmed the news from the White House, everyone in the United States cheered. Perhaps none were louder than the fans at Citizens Bank Park in Philadelphia that night.

Baseball is America’s Pastime. It always has been and always will be. So the news of Osama bin Laden’s death coming during a Sunday Night Baseball broadcast on ESPN could not have been anymore fitting for the moment.

It was the top of the ninth inning, and the Philadelphia Phillies and New York Mets were all tied up. Runners were on first and second with two outs, and the Phillies were having a meeting on the mound.

Then, as over 45,000 MLB fans were looking at their cell phones, chants of “U-S-A, U-S-A, U-S-A” broke out. The evil mastermind behind the terrorist attacks at the World Trade Center on September 11, 2001 in New York City had finally been killed.

The ballpark scene and reaction to the death of Osama bin Laden was incredible. Thousands of Americans chanting “USA” brought chills down the spine, and it still does. The Phillies-Mets game was in a brief delay, but that didn’t matter. It just gave fans more time to cheer.

From New Yorkers to Phillies fans to the players in the dugout, who you were cheering for that night was irrelevant. Everyone was on the same team and the news of bin Laden’s death was massive and way bigger than any Major League Baseball game.

“It’s probably a night I’ll never forget,” Mets starting pitcher Chris Young said. ”I came inside and heard the news. There are some things bigger than the game and our jobs. I was inside. You could hear the crowd chanting, ‘U-S-A.’ And I got chills hearing that. It was a pretty neat atmosphere and place to be to get that kind of news. … It’s certainly a historic night and a great victory for the United States and the war on terrorism.”

The bin Laden news and President Obama’s announcement is one of those moments that’s impossible to forget. The patriotism shown in Philly that night made sure of it, too.

MORE: Football Team Sings National Anthem After Being Told It Wouldn’t Be Played