The Houston Astros are back in the World Series for the third time in five years. Or should we say the second in three? I'll let you decided how you want to view the 2017 run.

Second baseman Jose Altuve has been there through it all. A World Series title, a cheating scandal, a World Series loss and an organizational restructure. After all that, Altuve is still holding down second base while remaining one of the best contact hitters in Major League Baseball.

He couldn't have done it without his wife and young daughter. 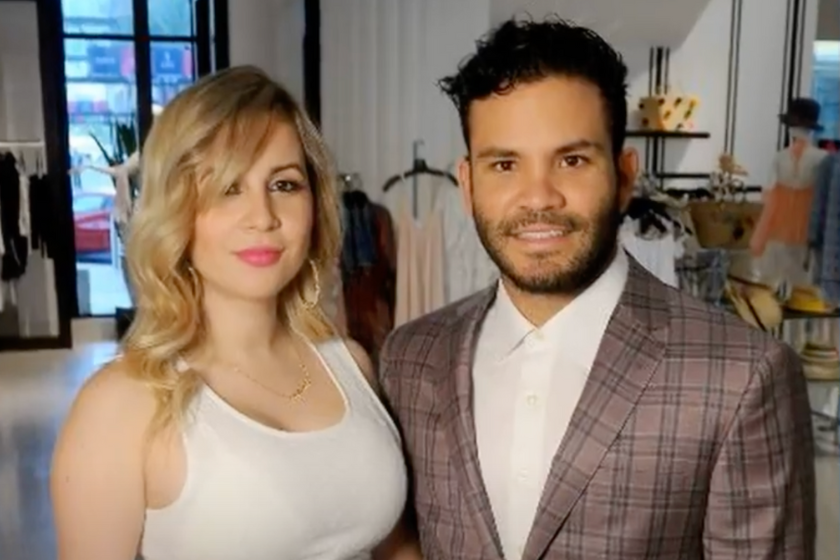 Altuve has known Giannina Elizabeth Cimetta Sandoval since they were barely in high school. Both from Maracay, Aragua, Venezuela, the two started dating when he was a young ballplayer rising through the Venezuelan professional baseball ranks.

Altuve knew she was the one right away. The couple reportedly tied the knot on November 20, 2006, when he was 16 and she was 14. They're going as strong as ever after spending roughly half their lives together, which might make the other Astros WAGs a bit jealous.

Jose and Nina moved to the United States in 2008 so he could start his MLB career within the Astros organization. Mrs. Altuve earned her bachelor's degree in Bioanalytics from the University of Carabobo while her husband was improving on the diamond. She also has two brothers named Alfredo David and Justo Emilio, but keeps her personal life private, aside from posting the occasional social media post on her Instagram account.

We regret to inform you that we're all out of baseball for the evening.

We'll leave you with a very adorable moment between Jose Altuve and his daughter.

The professional baseball player and his wife welcomed their first child, a daughter Melanie A. Altuve, in November 2016.

Melanie Andrea is undoubtedly the center of her parents' world and makes several appearances at games to support her baseball star dad in his biggest moments, like when the Astros beat the Tampa Bay Rays in the 2019 American League Division Series. Altuve refers to her as his little princess.

"I think she's going to help me to become a better player. Because you need some time off from baseball. Like when you have a bad game or you end up playing really good, you go home and you need to chill out. Like: 'OK I don't want to know anything about baseball until the next day,'" Jose told USA Today in 2017.

"Now when I'm on the field I just think about playing baseball, but then when I go home I just think about her and talking to her and what can I do to help her -- just everything about her. Baseball is the thing I do, and she's what I'm doing after that. So she fits perfectly into my life."

The young family loves to travel and has visited famous vacation destinations such as Disney World, the Dominican Republic and New York City. Although she's trained as a bio analyst, Nina is a stay-at-home mom for now in Texas. She reportedly loves paragliding in her free time. 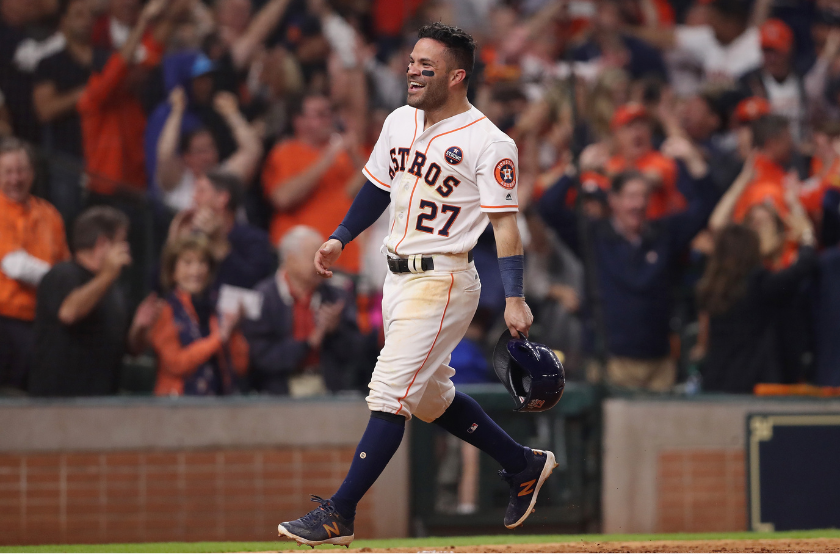 Jose Carlos Altuve has plenty to be proud of on the field: seven MLB All-Star selections, winning the American League MVP in 2017, a walk-off home run against the New York Yankees to clinch the 2019 ALCS and a growing net worth.

Those are all good and dandy, but the MLB player is most proud of his wife and daughter.

MORE: Who is Alex Bregman's Wife?