The final week of Major League Baseball's regular season is upon us. Of the six divisions in MLB, five have already crowned their champions. No "race" was particularly close heading down the stretch.

The Los Angeles Dodgers have had the NL West sewn up seemingly since Opening Day. The NL Central, which had been tight when the trade deadline arrived, eventually saw the St. Louis Cardinals clinch their spot a couple of days ago.

The American League races were pretty uneventful coming down the stretch. Even with their second-half struggles, the New York Yankees wrapped up the AL East while sporting a 9.5-game lead in the division. For the Bronx Bombers, it also helps that they had one of the hottest hitters on the planet mashing home runs at a record pace in Aaron Judge. The Cleveland Guardians and Houston Astros both clinched with double-digit leads of their own, as AL teams like the White Sox and Mariners saw their divisional hopes dashed.

The lone exception when it comes to a true "divisional race" has been in the NL East.

As we begin play today, that division is still up for grabs. What makes it even more exciting is that the two teams vying for the division title, the New York Mets and Atlanta Braves, will play a three-game set over the weekend. They're currently separated by a single game, thanks to the late-inning drama in New York and Washington on Wednesday night. This series will go a long way to determining who wins the division, as well as what the final playoff picture will look like in the National League. Both teams have already clinched a berth in the postseason, but given the new format in MLB this season, both teams will want to win the division title. Whoever does will advance directly to the National League Division Series, while the other would host a "best of three" Wild Card series. Essentially, the season is on the line for both teams -- and we couldn't be more excited.

An Old Rivalry is Reborn 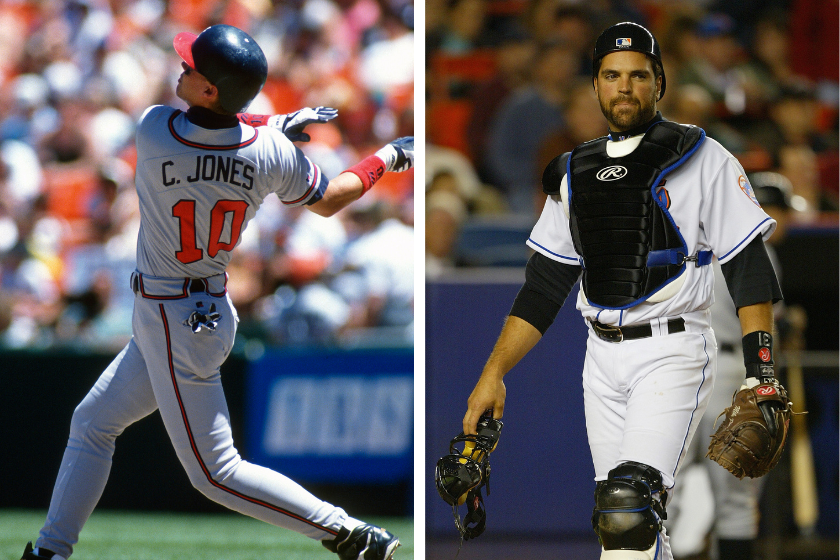 It seems like this has been a trend over the last few years. When the Chicago Cubs were hot, the Milwaukee Brewers became their division rivals, challenging them for the NL Central title. In 2021, the San Francisco Giants came out of nowhere to steal the NL West from the Dodgers. This year, the freshest rivalry comes out of the NL East, as old beef begins to reheat.

There is a lot that could be said about the history of these two franchises. The two clubs began playing in the same division in 1994 (thanks to realignment and an expanded playoff format). In the early days, Atlanta dominated the division. They won 11 consecutive division titles between 1995 and 2005. The Mets, on the other hand, had bottomed out after their 1986 World Series Championship. Between 1990 and 1996 they failed to post a winning record. In 1998, they had a chance to earn a Wild Card spot. They were tied with the Chicago Cubs heading into the final series of the season, against the Atlanta Braves. On the final day of the season, they defeated the Mets by a score of 7-2, keeping them from earning a spot in the playoffs. In 1999, they would finally get there. That year, the Mets and Braves met in the NLCS -- a series which the Braves would win in six games, earning them their fifth National League Pennant of the decade.

There have been many memorable moments over the years, from Chipper Jones utterly dominating the Mets throughout most of his career, to John Rocker and his comments about New York, to Robin Ventura's grand slam single. You can even harken back to the awkwardness surrounding one of the greatest Mets of all time -- Tom Seaver -- who was actually drafted by the Braves in 1966. Who can forget September 21, 2001, when Mike Piazza took Braves pitcher Steve Karsay deep in the first professional sporting event to be held after the September 11th attacks? However you look at it, this absolutely qualifies as a rivalry. In recent years it hasn't been very heated, but that's all changed this season.

This Is Not the Same Old NL East 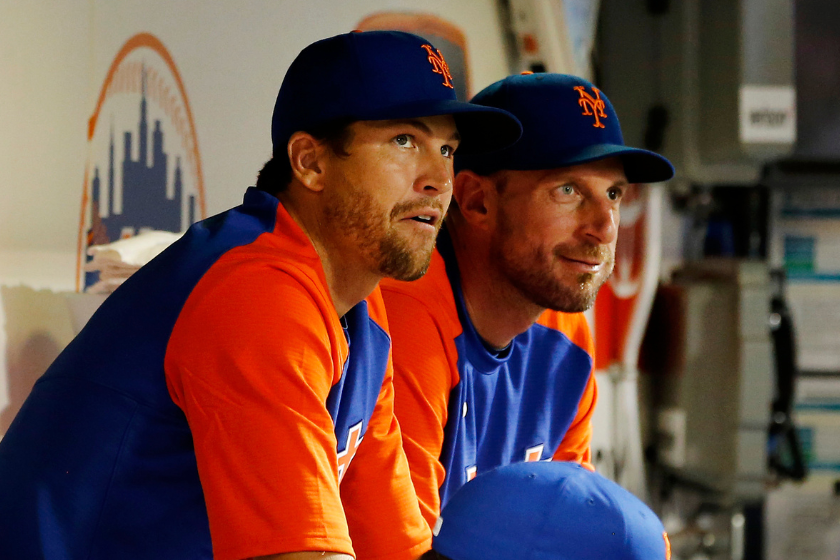 The aura surrounding the New York Mets since Steve Cohen took over ownership of the club has been intoxicating. For the first time in a long time, Mets fans had reason to be optimistic after enduring the Wilpon years.

In 2021, the season ended on a sour note, with the Mets collapsing down the stretch. They would lose the division to the Braves, who would ultimately go on to become World Series champions. Heading into this season, that optimism shot into high gear when it was announced that Max Scherzer would be coming to Queens. Pairing Scherzer with Mets ace, and arguably the best pitcher in baseball, Jacob deGrom, instantly vaulted the Mets into the conversation as World Series favorites.

Despite early injury concerns with both Scherzer and deGrom, the club got off to a hot start in 2022. They were winning games that in years past they would've let slip through their fingers. Their philosophy seemed to have changed under new manager Buck Showalter and the results were starting to show. On June 1st, the Mets were sporting a 35-17 record (a .673 winning percentage) and were the only club in the NL East with a winning record. The excitement in Flushing was palpable.

Atlanta, on the other hand, got off to an uncharacteristically sluggish start in 2022. The defending World Series Champions hovered around or below .500 for most of the first half of the season. They had also dealt with injuries early on. Ronald Acuña Jr. was out for most of April still recovering from his ACL tear last season. Even when he returned, it took him a while to find his form, and he's been managing the knee injury for most of the season.

When June 1 rolled around, however, the club turned a corner. They rattled off 14 straight wins, taking their record from 23-27 (10.5 games behind the Mets) to 37-27 before they lost to the Chicago Cubs on June 17. As the second half of the season got underway, the Mets and Braves were first and second in the National League East standings. They both just kept winning, never letting each other get too far apart in the standings.

The Season Comes Down to 3 Games in Atlanta 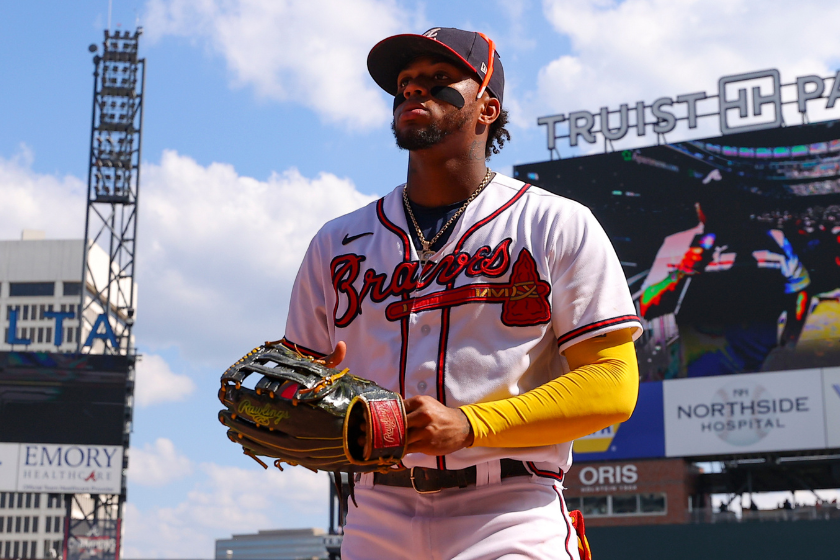 RELATED: For Ronald Acuna Jr., Baseball is a Family Affair, from Venezuela to Atlanta

Individually, these clubs have had special seasons filled with plenty of hallmark moments. They've also given fans a treat when facing each other so far this season.

Back in May, they split a four-game set, then the Mets took two of three from the Braves before the All-Star Break. When the Mets won four of five in their early August duel, many thought that would've opened the door for the Mets to finally take a firm hold on the division. They were up by 6.5 games after that series ended on August 7. Instead, the Braves went 9-1 over their next 10 games, including taking three of four from the Mets in the middle of the month. From that point on, the gap was never bigger than four games between the two teams.

In the season series, the Mets hold a 9-7 advantage, which would give them the head-to-head tiebreaker if they take one game at Truist Park this weekend. The pitching matchups could not be more tantalizing. Both teams had an off-day yesterday, and their studs will be on display. Jacob deGrom, Max Scherzer and Chris Bassitt will toe the rubber for the Mets, while the Braves will send Max Fried, Kyle Wright and Charlie Morton to the mound.

The off day also gave the bullpen arms some rest, so they should all be available for both managers. There are key players currently on the injured list for both clubs as well. Outfielder Starling Marte is still recovering from a broken finger for the Mets, (Braves outfielder Ozzie Albies will miss the series with the same injury) and Braves rookie starting pitcher Spencer Strider is down for the remainder of the regular season with an oblique issue. Each team has plenty of healthy players who are riding hot streaks into this crucial series. Mets first baseman Pete Alonso, center fielder Brandon Nimmo, shortstop Francisco Lindor and third baseman Eduardo Escobar are all getting hot at the perfect time. The Braves' Ronald Acuña Jr., Eddie Rosario and William Contreras are all raking for Atlanta.

After the weekend series wraps up, the Braves will finish the regular season in Miami, while the Mets will close out at home against the Washington Nationals. Given how evenly matched these two teams are, it's likely the NL East race will come down to the wire.