Some MLB rules are easy to understand. If you don't touch home plate, you aren't credited with a run. If a ball hits the foul pole, it's a home run. That's grade school-type stuff.

Baseball, on the surface, is a simple game: get the ball to the base before the runner, catch the ball before it hits the ground, three strikes and you're out. It's relatively simple. However, some things in the rulebook are a little bit trickier to comprehend to the casual viewer.

Take, for example, the balk rule. There are baseball players who probably are a little murky on balking and for good reason: it's complicated. We see it occasionally, but how does Major League Baseball define a balk? 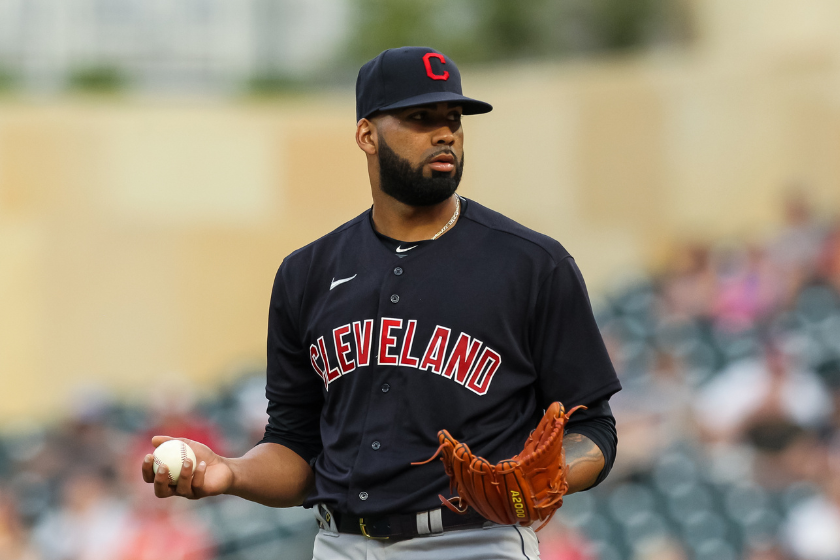 RELATED: How Did Shortstop Get The Name "Shortstop"?

In the most basic of terms, Major League Baseball rules define a balk as "when a pitcher makes an illegal motion on the mound that the umpire deems to be deceitful to the runner(s)." Basically, a pitcher balks when the ump feels like the pitcher has illegally deceived a base runner.

Balks have been in the official rules since 1898, when they were probably easier to call. Before MLB added the balk call, pitchers could do whatever they wanted to try and fool base runners, and that wasn't going to fly. The implementation of the rule made the cat and mouse game between runner and pitcher a lot more calm. 1898 baseball much have looked a lot like a scene out of "Baseketball".

OK, so now you might be saying, "fine, but what is a balk?" To get into what an umpire can consider an illegal, deceiving motion, we have to get into what the rulebook considers a legal pitching delivery.

The MLB Rule-Balk is Full of Different Types of Balks 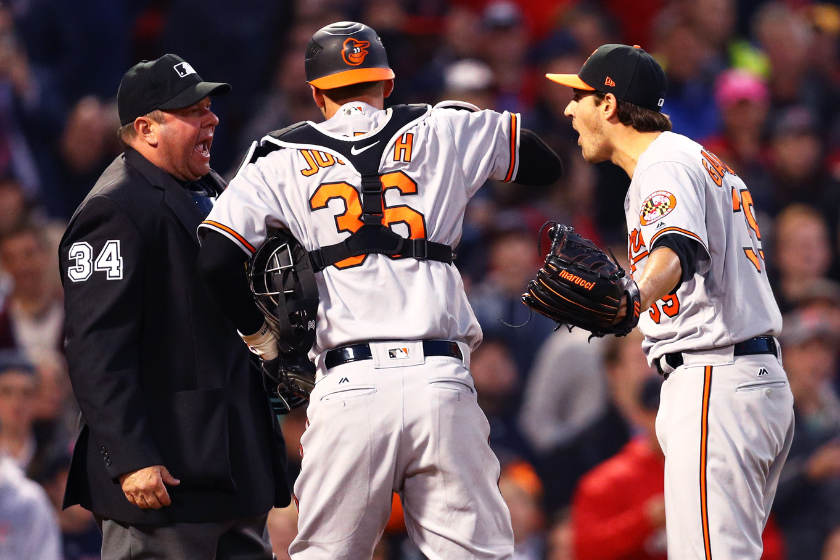 There are several different ways for a balk to be called. Baseball only allows pitchers a handful of pitching motions and starting positions, and trying to operate outside of those during an at-bat will let the runners advance.

Sometimes, a balk is called a no-pitch or an illegal pitch if no one is on base. There are at least 13 different ways a pitcher can balk, but the most common types include:

A pitcher cannot move from the set position to the windup position, or vice versa, without stepping off the pitching rubber. Speaking of the set pitching position, a pitcher's hands must come together in a complete stop before beginning their pitching motion. This is the one that often feels most hazy to the viewer at home or in the ballpark.

A pitcher is effectively not allowed to "fake" a pitch, which is to say if they are on the rubber, they can't make a motion that evokes a pitch without actually throwing the ball. If a pitcher throws or feints a throw to an unoccupied base, that is considered a balk. Conversely, if a pitcher steps toward first or third base and fakes a throw to the base but does not actually throw it, that is also a balk.

A quick pitch, which is when a pitcher throws a pitch quickly (say, as the batter is stepping into the batter's box), is considered a balk if it is believed to be an attempt to catch the hitter off guard. It's worth noting that catchers must be in the catcher's box when the pitch is delivered.

Pitchers cannot throw to a fielder in the infield if they are not directed at a base. In the same vein, a left-handed pitcher must step toward first base on a pickoff move (umpires use an imaginary 45-degree angle line between first and home to determine which direction the pitcher is stepping).

Also, a pitcher cannot stand on the rubber without the ball in their hand. The fielder has to pull off the tag before a pitcher puts his right foot or left foot on the rubber for the hidden ball trick to be considered legal.

In 2013, another play was added to the list of balks, the "fake to third, throw to first" play. Before 2013, a pitcher could fake a throw to third base and then spin around and throw to first base in a pick-off attempt as long as their pivot foot disengaged the rubber after the first feint. That is no longer allowed.

Balks aren't good, but they are often the cost of doing business. Pitchers with a lot of balks often also have a lot of pick-offs. Hall of Famer Steve Carlton actually had 90 balks in his career. Carlton was a lefty, and left-handed pitchers are often known for their pick-off skills. After all, most pick-off attempts come against runners on first base, and lefties face first base on the mound, as opposed to righty pitcher who has their back turned to first when they are on the mound.

There have been 21 walk-off balks in MLB history and at least one instance of an intentional balk. In 2019, Los Angeles Dodgers closer Kenley Jansen intentionally balked against the Chicago Cubs to move Jason Heyward from second base to third base. Jansen was afraid that Heyward might be able to steal signs at second. The Dodgers won the game, so it paid off. However, in today's game with the new PitchComm technology, Jansen might be more interested in picking Heyward off than sending him to third. Baseball is an ever-evolving game.

Oh, ad just in case you thought you had a grasp of the rule, perhaps it's time to let you know that catchers can also balk, too.

The balk is not as cut-and-dry as other rulings. Still, now the picture regarding a pitcher balking is hopefully clearer.

MORE: How Many Stitches Are on a Baseball?