If you're like me, you refuse to put a single thought into your Halloween costume until at least two days before the annual Halloween festivities kick off. Now, if you've been planning your costume since March, then kudos to you, but the rest of us will be searching for ideas for something that'll absolutely kill on Halloween.

When it comes to sports and Halloween colliding, there are a few key boxes that need to be checked. First, your costume has to stand out from the rest, so get creative! Second, sports have wild personalities who do insane things for the sake of the camera, so it's important to remember what kind of personality you'll embody, too. Without further ado, here are 17 Halloween costumes that'll keep your sports attitude alive, and absolutely kill if they're pulled off. Heck, you might even win the costume contest at the Halloween party.

What You Need: An Ohio State sweater, a smug look on your face, way too much alcohol for a 57-year-old head coach of the NFL's Jacksonville Jaguars and a girl to accompany you. This social media scandal is still fresh, so it's perfect for Halloween. If you have a third girl, she can go as an angry Shelley Meyer. 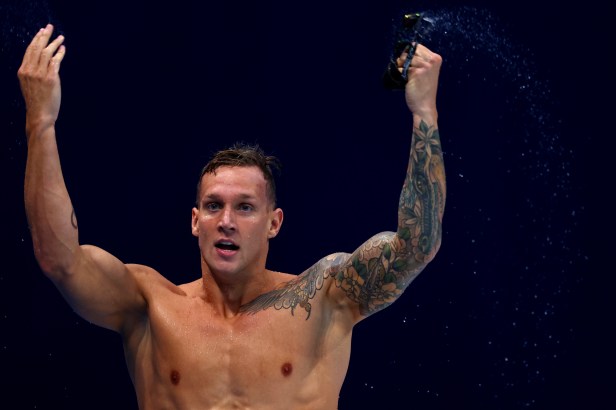 What You Need: An incredible physique, a speedo swimsuit, a gnarly sleeve of tattoos and seven Olympic gold medals (it's OK, they don't need to be real). Dressel was the talk of the 2020 Tokyo Olympics, and he would make for a great Halloween costume. 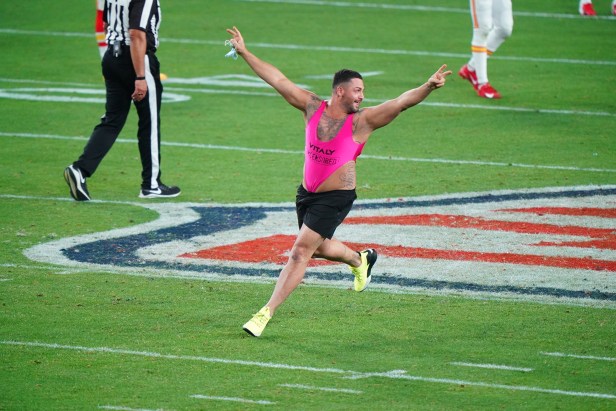 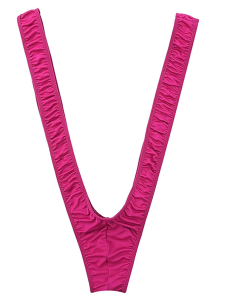 What You Need: A pink mankini (write whatever you'd like on it), a pair of bright yellow sneakers, black shorts and a mask (hey, give the guy props for bringing his mask on to the field). The Super Bowl LV streaker was the most exciting thing about the big game. Don't let his efforts go forgotten this October. 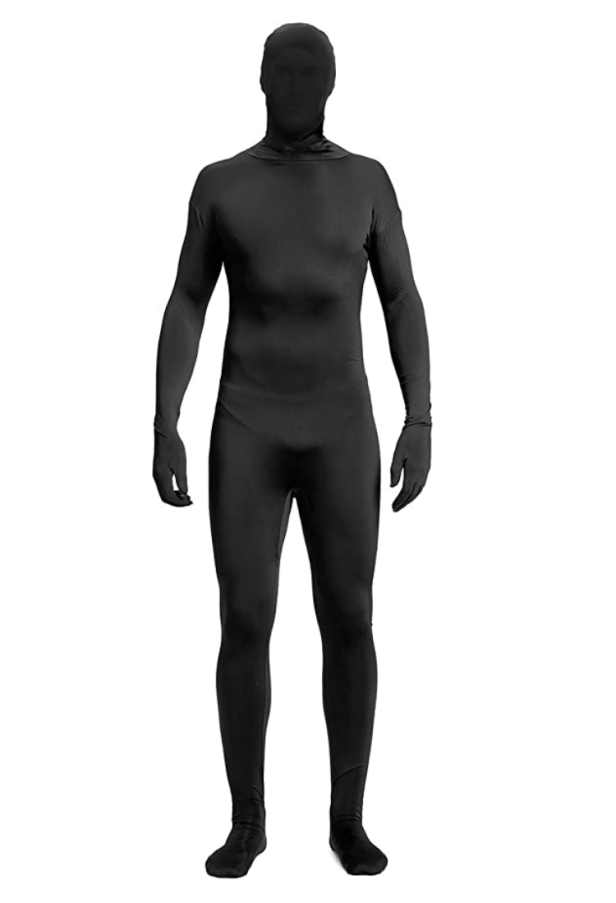 What You Need: Get it? Because she wasn't real. Seriously, this is a terrific costume idea if you're running out of time come October 31. Throw a wig on the body suit and you're as good as golden. Who cares if Te'o ended up marrying a real person? 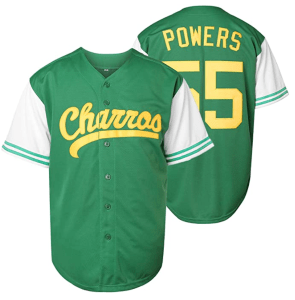 What You Need: A great mullet, a full baseball uniform (bonus points if it's a Charros jersey), an American Flag cape (optional if you're staunchly opposed to disrespecting the flag) and an attitude that keeps pace with Kenny Powers.

What You Need: A Steelers jersey and football pads, an obnoxiously large set of hair, a bottle of Head and Shoulders shampoo that you're going to try to force on everyone the entire night and the kindest sounding voice you can possibly imagine.

What You Need: A cutoff Patriots sweatshirt, headset/laminated card for plays, a permanent look like you just ate a two week old bologna sandwich and short answers that elude to the idea that you're incapable of regular human emotions.

What You Need: A great mustache/comb-back hairstyle, Bears sweater, a giant cigar, the ability to never be satisfied and occasionally burst out in fits of screaming about Chicago's offensive line. 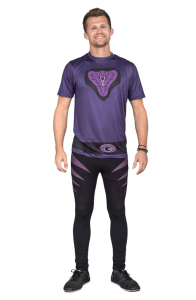 What You Need: An Arkansas Razorbacks sweatshirt, some face makeup, a neck brace and a story about how you WEREN'T with somebody on your motorcycle but really it was your mistress and you got busted.

What You Need: A Boston Bruins hockey jersey, one golf club, the ability to drive a golf ball 400 yards and the penchant for fighting everybody you come in contact with. Happy Gilmore isn't your average golfer (this costume doubles as an NHL costume).

BONUS: Get somebody to tag-team this with you dressing like the legend Chubbs Peterson, complete with a wooden hand.

What You Need: A Chicago Bulls NBA jersey, the ability to grab every rebound but never score, ridiculous antics the entire night, some facial jewelry and any one of these INSANE hairstyles 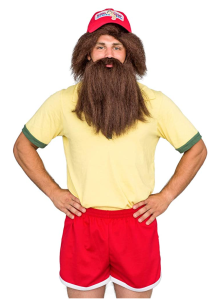 What You Need: A hair/beard combo, one Bubba Gump Shrimp hat, short-shorts, a TON of catch phrases and some stretching bands because you have to just run around the entire night.

What You Need: A Nathan's Famous Hot Dog t-shirt, a championship belt or American flag and a giant plate of hot dogs that you're not allowed to share with anybody the entire night.

What You Need: A cross section either vertically or horizontally to be one half woman and one half man, a No. 5 Ray Finkle Miami Dolphins jersey (yes, they're available), mustache, a woman's suit and a complete and utter hatred for Dan Marino. This one is tricky, but could be an absolute touchdown if done correctly. 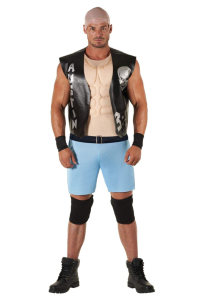 What You Need: Either a Stone Cold vest or a black "WHAT?" t-shirt, blue jeans, a reckless attitude like you've never had before and the ability to slam two beers together several times throughout the night and drink them. If you're gonna go as a WWE wrestler, it better be Stone Cold.

What You Need: Jamaican flag outfits, yellow helmets and a cardboard cutout of a bobsled that you and three friends can walk around wearing in unison the entire night.