Colin Kaepernick Will Be Inducted Into High School Hall of Fame 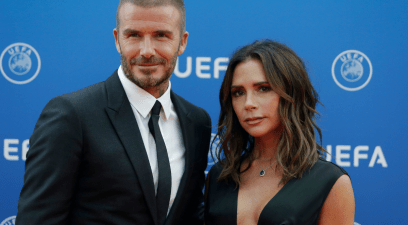 Hate it or love it, Colin Kaepernick isn’t going anywhere. The former NFL quarterback turned activist is all over the place right now. You can see him as on television, gigantic Nike advertisement billboards, social media, and in headlines ranging from pop culture to national anthem protests to collusion cases to President Donald Trump.

It will soon to be time to add John H. Pitman High School Hall of Fame to the list.

On November 3, Kaepernick will be inducted to his high school alma mater’s inaugural hall of fame class in Turlock, California.

Saturday, November 3rd, the PDF is hosting the 1st Pitman Hall of Fame Dinner. During the next weeks we will be announcing the inductees of our first #PHSHOF18 class. Our next honoree is Colin Kaepernick, Class of 2006. Colin was a three sport star for Pitman HS, who continued his education at the University of Nevada, Reno where he played football. At UNR, Colin became the only QB in the history of DI FBS college football to have passed for over 10,000 yards and rushed for over 4,000 yards in a collegiate career. Colin continued his career into the NFL, where he became just the 2nd player from Stanislaus County to ever appear in a Super Bowl. Congratulations Colin! 📷: Modesto Bee PLEASE JOIN US FOR THIS HISTORIC EVENT! Tickets for the event are $60 and can be purchased online at www.pitmandevelopmentfoundation.com or by calling 209-678-6550. The PDF is dedicating to raising funds to support capital improvements to the PHS campus.

A three-sport athlete in football, basketball, and baseball, Kaepernick was nominated as an All-State selection in all three sports while maintaining a 4.0 GPA. Most notably, the 6-foot-4 quarterback was the Most Valuable Player of the Central California Conference and led Pitman to its first-ever playoff victory.

After graduating high school in 2006, Kaepernick went on to play college football at the University of Nevada, where he was the two-time Western Athletic Conference Player of the Year. He was even drafted by the Chicago Cubs in the 2009 MLB Draft before staying in Reno, Nevada to play football and not signing with the Cubs.

Kaepernick spent six seasons in the NFL with the San Francisco 49ers after being selected in the second round of the 2011 NFL Draft. He threw for 12,271 yards with 72 touchdowns and 30 interceptions while rushing for 2,300 yards and 13 more scores in 69 career regular season games. He also added 1,374 yards with seven touchdowns and five interceptions in six playoff games, including a start in Super Bowl XLVII.

Kaepernick is just one of two players from Stanislaus County to ever appear in a Super Bowl.

From strictly an athletic standpoint, there is no doubt Kaepernick belongs in his high school’s Hall of Fame with 2006 classmate Anthony Harding, among others.

However, with the social media stir his name causes now, there will certainly be a few who disagree he should honored with anything.

No matter where you turn, Kaepernick is a topic of conversation, and it’s only fitting to add a few more things like the Pitman High School Hall of Fame to the list.