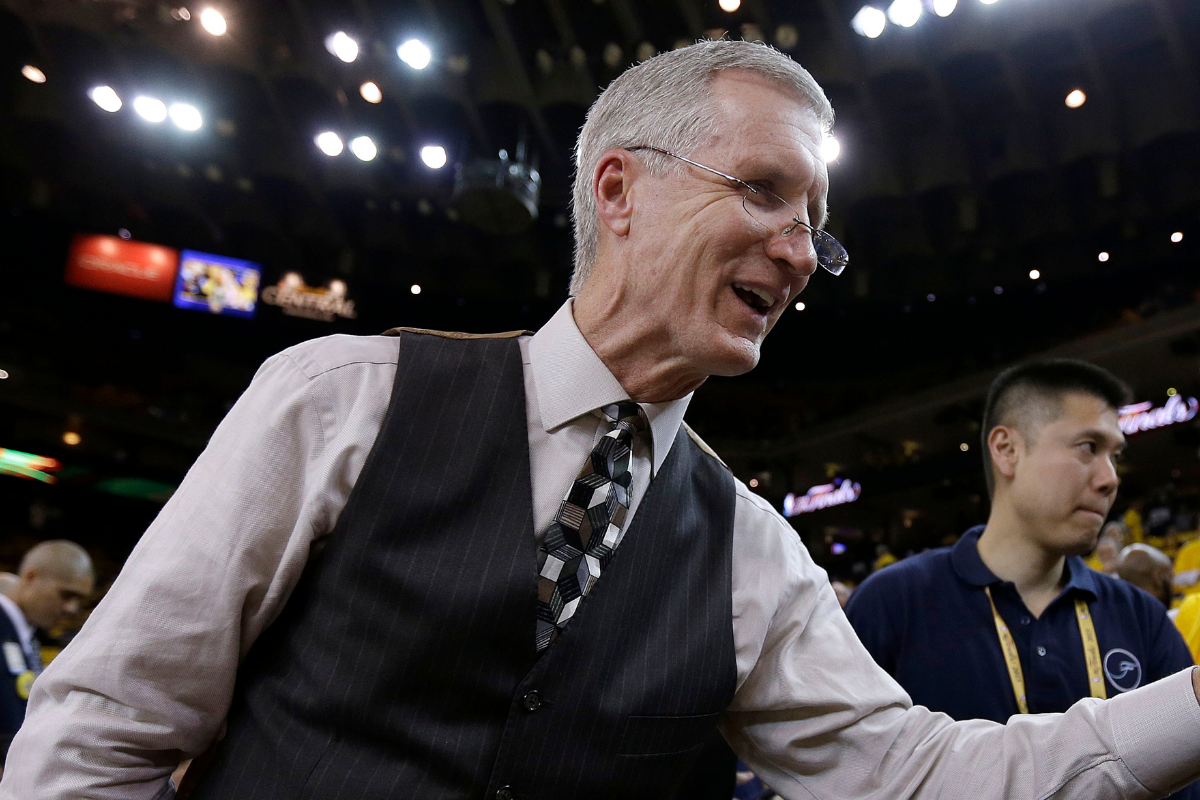 Some incredible play just happened, and, for once, it doesn’t matter if it was LeBron James and the Los Angeles Lakers or the Boston Celtics who made the play.

It’s Mike Breen’s signature call that reverberates from the TV. His voice is like a cup of coffee that’s warm and soothing — then the caffeine kicks in.

Michael Breen’s birthplace is New York City. He graduated from Salesian High School in 1979 and Fordham University in 1983. He’s been a fixture calling basketball games ever since.

Mike Breen began his professional career on the radio as a sportscaster for New York City’s WNBC. He served as a fill-in host for Dave Sims during his time there. His play-by-play career started with the Marist College Red Foxes basketball team in 1985.

In 1992, Breen began his career calling New York Knicks games as the team’s radio announcer. He was promoted to the MSG Network’s TV play-by-play announcer following the dismissal of Marv Alberts in 1997. Breen served as Albert’s backup when he returned in 1999, but Albert was later dismissed for a second time in 2004 and assumed full-time duties at TNT.

Breen took over the lead role again and holds that position to this day.

Breen worked for NBC as both an NBA and WNBA broadcaster until the network’s league contract expired in 2002. He became the lead announcer for NBA games on ABC and ESPN, including the NBA Finals.

He primarily works on Fridays and NBA Saturday Primetime games to not interfere with his Knicks schedule. He’s worked with multiple people who have Knicks ties including Hubie Brown, John Andariese, and Walt Frazier along with his current ESPN partners Mark Jackson and Jeff Van Gundy.

The broadcaster was the voice of NBA Elite 11 with Jackson and Van Gundy, but the series was canceled indefinitely. He lent his voice to the NBA Live series from NBA Live 14 through NBA Live 18.

Breen and his wife Rosanne Breen reside on Long Island, New York. They have three children: Michael, Nicole, and Matt.

According to PlayersWiki.com (a Wikipedia for sports salary enthusiasts), the lead play-by-play sports commentator’s estimated salary is $500,000. With that annual salary, he has an estimated net worth of $1 million.

In April 2020, Breen was one of the ESPN talents, along with college basketball announcer Dick Vitale, who took a three month, 15-percent pay reduction due to the coronavirus pandemic and COVID-19 outbreak.

As the NBA Playoffs get rolling once again, Breen will emphatically call the inevitable madness.