NYC’s Rucker Park is the Most Famous Playground in Basketball 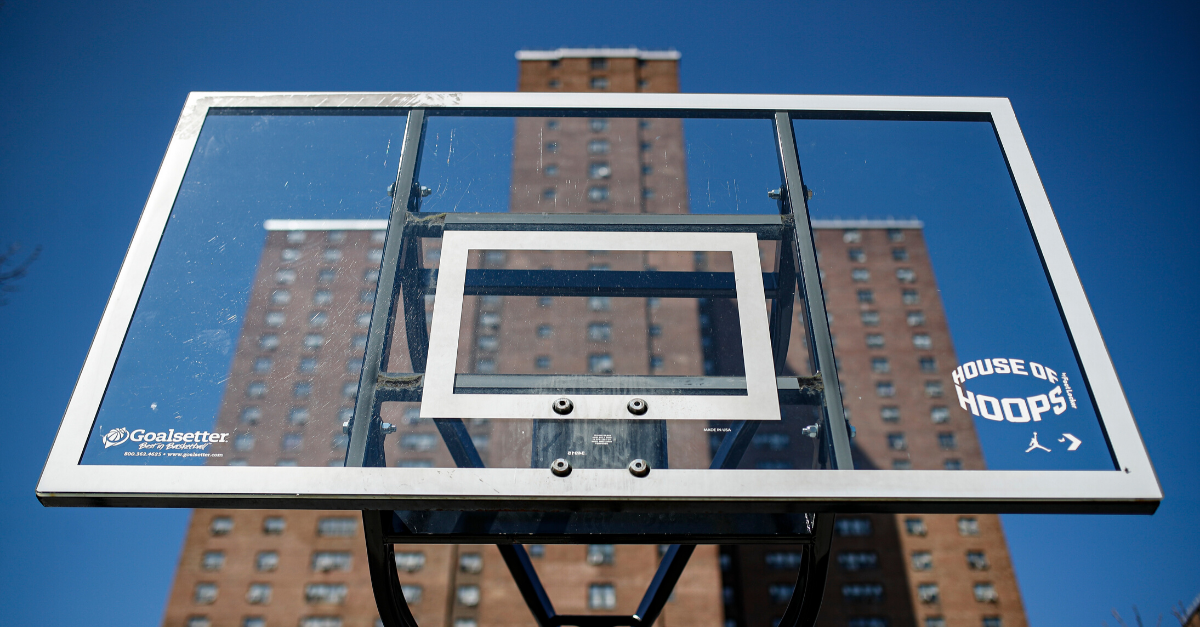 New York City is called the mecca of basketball. There’s the palace of Madison Square Garden, the formerly functional team known as the Knicks, and the revived Brooklyn Nets.

The crown jewel of New York lies outside of organized basketball in Harlem, near the former Polo Grounds site. Holcombe Rucker Park on 155th Street and Frederick Douglass Boulevard is where the city’s best hoopers gather and crowds amass to catch a glimpse of NYC’s best basketball players.

It’s the heart and soul of the mecca.

The Greg Marius basketball court first gained notoriety when Holcombe Rucker, a teacher and playground director for the New York City Department of Parks and Recreation, started a basketball tournament for neighborhood kids in 1950. Since then, the park is a haven for streetballers to show out and build their name.

Games at Rucker are a feast for one-on-one matchups. It’s the chance to prove you’re better than the competition with an extra pinch of sauce, the ultimate one-upper. It’s as much performance for the audience in the surrounding bleachers as it is basketball, combining for an energized battle.

From elementary to high school, young hoopers long for a chance to play. The world’s most talented players stop by to show out, too. NBA players such as Kareem Abdul Jabbar, Julius Erving, Wilt Chamberlain, Connie Hawkins, Earl Monroe, Allen Iverson, Kevin Durant, Kobe Bryant, Kyrie Irving, and LeBron James have all laced them up at the Manhattan playground.

Local streetball and Bronx star Joe Hammond once dropped 50 on Dr. J in a half. Pee Wee Kirkland is synonymous with Rucker.

Iverson, Bryant, Durant, James, and Irving have all played in the Entertainers Basketball Classic, which replaced the original tournament in 1982. The EBC assembles pop culture, hoops, and hip-hop. Rappers such as Cam’ron, Jay-Z, Fat Joe, and Snoop Dogg have all made appearances. Denzel Washington, President Bill Clinton, and the late David Stern also attended the event.

During 2020’s coronavirus pandemic and spread of COVID-19, city officials had the court’s backboards removed to prevent large gatherings. Until normalcy returns, we are left with the memories and icons who stepped foot on those hallowed grounds.

Basketball at Rucker Park is different. It’s a stage where anyone can shine. Style accounts for as much as skill and enough flare could make you a neighborhood legend. When a player rises from Rucker Park to the NBA, they remember the playground as the foundation for their game.