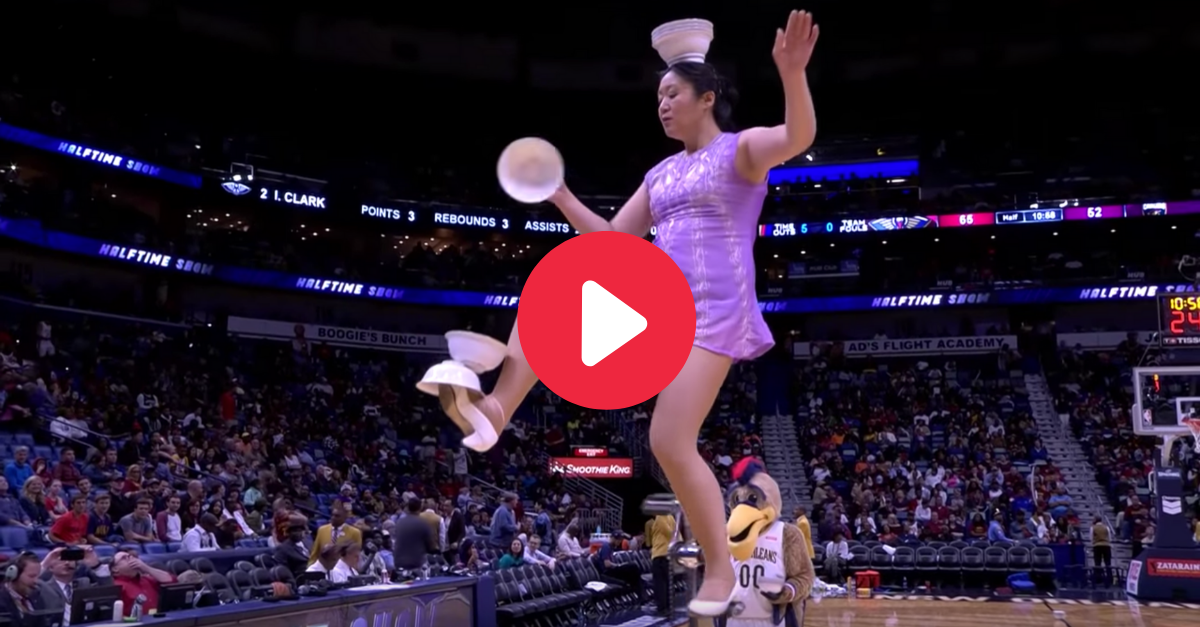 I’ve seen my fair share of halftime shows. From dunking off trampolines to chainsaw juggling Mad Chad, I always enter the second half entertained in one way or another.

Across the NBA and college basketball, there’s a must-see halftime act. She’s a Chinese acrobat who rides a 7-foot unicycle in high heels while catching and balancing bowls on the top of her head.

Her name is Rong Niu, although she’s more commonly known under the stage name Red Panda.

Red Panda was raised in Taiyuan, China — the capital city of the Shanxi province— by two acrobatic parents. She took up the family business at a young age under the guidance of her father, GuiZhang. Years and years of rigorous training and performing around the world landed her in the United States and settling in San Francisco. She made her NBA debut in 1993 at a Los Angeles Clippers game.

Since then, she’s NBA fans’ most in-demand halftime performer.

Her act leaves me bewildered and anxious. She begins on her tall unicycle, effortlessly dancing across the court. Then the bowls come into play. She starts by placing one on her head and then the anxiety kicks in. She gradually builds a stack by flipping bowls from her foot to her head, leaving her balance completely reliant on her left foot. She calibrates for a few seconds before delicately flipping the bowls onto the stack.

The stakes climb higher as the number of bowls increases. She finishes her routine by flipping five (!) bowls at once. Niu took the act to America’s Got Talent in 2013, but stepped down to aid her ill father.

Red Panda’s Bay Area residence makes her a regular at Golden State Warriors games. She’s performed countless times at Oracle Arena in Oakland before the team moved to the Chase Center in 2019, catching the attention of head coach Steve Kerr.

The Warriors showed their appreciation by replacing the stolen property with a custom unicycle. Warriors president Rick Welts presented her the new unicycle on October 23, 2018.

Basketball fans stick around during halftime when the Red Panda rides out on her unicycle. Each time she tours around the league and at college basketball games, she leaves fans in awe.