Egregious racism, repeated sexism and a slap on the wrist. That's what it feels like to many NBA fans, players and employees after learning that Phoenix Suns owner Robert Sarver would not be fired for using the abhorrent and totally unacceptable N-word and faced allegations of sexual misconduct. While it is important to fully understand the accusations and investigation that brought us to this point (and I encourage everyone to read both ESPN's article from 2021 and the recently released report) what I want to discuss is how this punishment reflects on the NBA.

According to the report, "Since the investigation's inception, 320 people have been interviewed. Among the interviewees were 202 current employees, including senior team executives; 100 former employees; 12 Suns minority owners; and Sarver. The investigators also conducted follow-up interviews of certain witnesses."

So, while it once was considered speculation and allegations, the in-depth investigation appears to have left no stone unturned in the search for the truth.

The results of said exploration have led to Suns owner, Robert Server, being suspended for one year and fined $10 million dollars. Sarver is estimated to be worth $800 million, and according to ESPN, Server's $10 million fine is the max permitted by the NBA. The massive sum will be donated to organizations "addressing race and gender-based issues in and outside the workplace."

Now don't get me wrong, yes, $10 million dollars is Ducktales, Monopoly, One-Eyed-Willy from "The Goonies" kind of money. But, when you're allegedly worth $800 million and don't lose your job, it doesn't seem so damaging. To put it in an everyday American's reality, if your net worth was $100,000 a comparable fine would be $1,250. A lot of money, yes, but not more than an average family of fours monthly insurance premium. We're talking about 1.25% of Sarver's net worth. Does this really punish Sarver? Not enough in my opinion.

Racial Slurs Should NEVER Be Tolerated 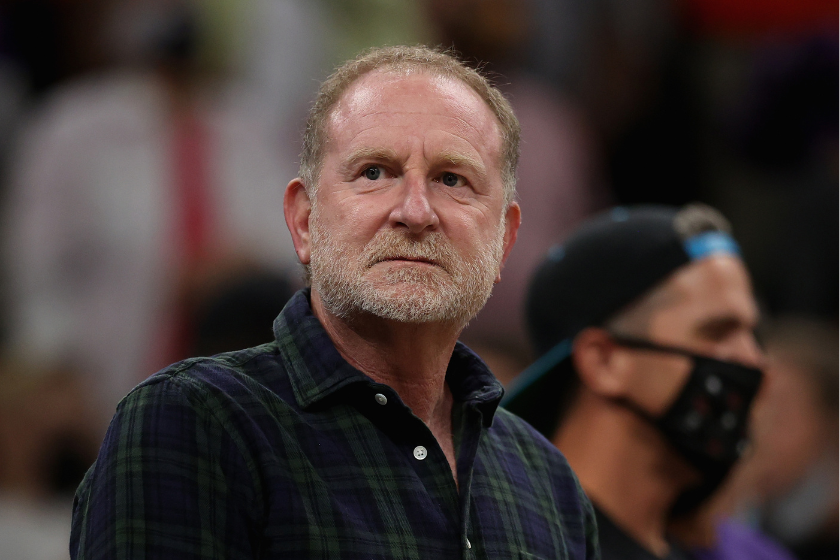 RELATED: The Biggest Fines in NBA History Would Take a Lifetime to Pay Off

As detailed in the report, Sarver used the N-word, not once, but repeatedly over the course of numerous seasons.

"The investigation finds that Sarver said the N-word in repeating or purporting to repeat what a Black person said: (1) during a 2004 meeting to recruit a free agent player; (2) during a 2012 or 2013 Suns team-building exercise in Phoenix; (3) after the Suns' October 30, 2016 game against the Golden State Warriors; and (4) at least twice between 2010 and 2017 in recounting an incident involving a player's family member. As early as 2004, Sarver was made aware that he should not use the N-word even when repeating another person's use of it."

There is a lot to unpack here, but one thing stands out to me. "Sarver was made aware that he should not use the N-word." Are you, and I can't stress this enough, actually serious with this vile insanity? A full grown adult had to be "made aware" that they shouldn't use the N-word. What in the white privilege is happening here? I suppose I answered my own question, the privilege is astounding. I'm infuriated by the fact that for over the course of 18 years an owner of a NBA team was routinely committing blatant acts of racism and was repeatedly asked not to do it, yet was allowed to continue sans repercussions. This is beyond unacceptable.

If you, as a white person, don't understand why you shouldn't spew racial slurs, well sweetie I'm sorry, but you're racist. And if that statement makes you uncomfortable, you also might be a racist. I don't know, call me crazy, but an owner of a NBA franchise (where 82.4% of players are predominantly strong Black men), who spews racial vitriol, creates an unsafe and unwelcoming environment. He should not be allowed to helm a franchise, period. 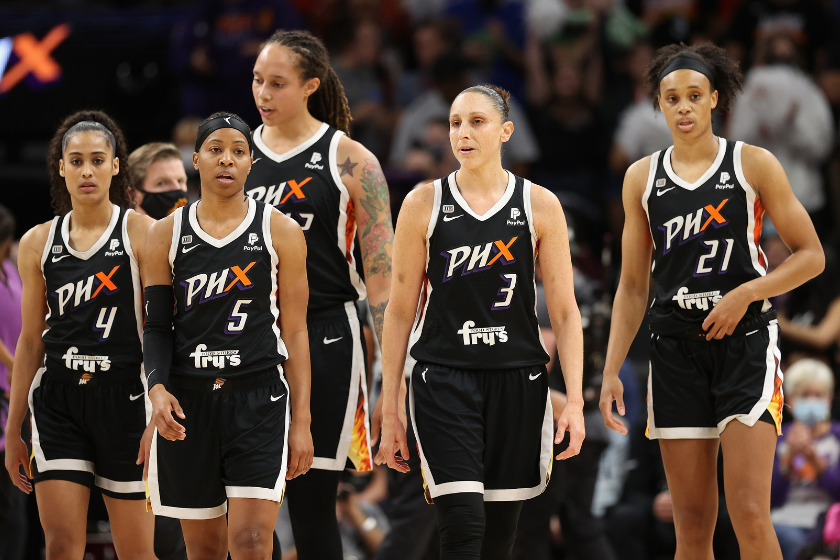 Existing in the male dominated world of sports has always been a struggle. I'm merely a freelance sports writer and I could share many stories about the challenges I've faced simply because I have a vagina and breasts. I was once sent a DM for having the audacity to write a NFL piece about glass-ceiling breaking NFL referee, Sarah Thomas. The DM was from a man who enthusiastically, in exact words I'll never forget and won't share verbatim, that I should be raped until I die. Yeah, that happened.

I share this not for sympathy, my skin is tougher than most (it's got to be), but to give you a personal example of the hate women in sports can face. We've come a long way, and young women and little girls have a plethora of women in sports to look up to for inspiration; from athletes, commentators, journalists, refs, front office figure heads and GMs. Equally important, young men and little boys are growing up in a world where it's normal to see women holding these roles, which is bound to lead to a more equitable society. Phoenix Suns owner, Robert Sarver's actions highlight a mentality from men where women are objects and "less than" the men in similar roles.

According to the report, "Sarver used language and engaged in conduct demeaning of female employees. Among other examples, he told a pregnant employee that she would be unable to do her job upon becoming a mother; berated a female employee in front of others and then commented that women cry too much; and arranged an all-female lunch so that female employees at Western Alliance Bank, where at the time he was CEO, could explain to female Suns employees how to handle his demands. Sarver also commented and frequently made jokes frequently to employees in large and small settings about sex and sex-related anatomy, including by making crude or otherwise inappropriate comments about the physical appearance and bodies of female employees and other women. On four occasions, Sarver engaged in workplace-inappropriate physical conduct toward male employees."

Reading the report made me initially think of the Suns decision to hire Morgan Cato as the team's vice president of basketball operations and assistant general manager.  The historic hire made Cato the first woman of color to ever hold those titles in the NBA. We should be celebrating this much needed progress within the league, and frankly, I don't care if the Suns hired her to help with their public image crisis. She deserves to be there and she will open the door for so many women behind her.

The juxtaposition of this monumental addition to the Suns family against the nightmarish environment the NBA's findings reveal is a glaring reminder of the time we're in. The majority and younger generations are yearning and fighting for faster progress and a select few white men are desperately clinging to the "good ole days" when they could smack their secretary's ass, openly share racist jokes around the water cooler, and fire women for being pregnant. I think this is why the Sarver punishment feels like a slap in the face. We expect light punishments from the NFL, but the NBA has been actively trying to do better, and this is just a stain on all the movement made towards a more equitable league.

A League Striving For Better Equity 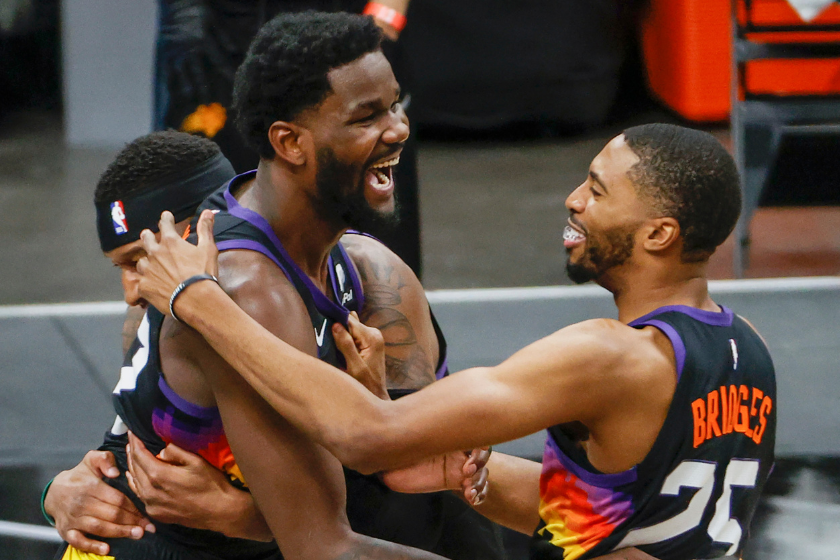 RELATED: The 10 Most Influential Black Athletes & Coaches in Sports History

Human rights activist and anti-racist educator Richard E. Lapchick, created TIDES, the Institute for Diversity and Ethics in Sports. TIDES Racial and Gender Report Cards, as stated on their website "is the definitive assessment of hiring practices of women and people of color in most of the leading professional and amateur sports and sporting organizations in the United States. The report considers the composition -- assessed by racial and gender makeup -- of players, coaches and front office/athletic department employees in our country's leading sports organizations, including the National Basketball Association (NBA), the National Football League (NFL), Major League Baseball (MLB), Major League Soccer (MLS) and the Women's National Basketball Association (WNBA), as well as in collegiate athletics departments."

Lapchick's RGRC's have helped push the NBA's hiring practices in the right direction. This progress means more minorities are in the rooms where important decisions are being made, and while the NBA can still do better, things are trending up. This progress feels cut off by the league's choice to choose a year suspension over termination. Which begs the question, why?

Why should an owner who has displayed blatant and repeated racism, sexism and clearly created a toxic work environment for his employees, be allowed to take the equivalent of a year long vacation and then pop back like nothing ever happened. I believe people can change, I do, but this man has shown zero interest in learning or growing or changing. What message does this send to all the minorities within the Suns organization, heck, the entire league. What message does this send to other racist, bigoted, misogynistic, cancerous employees hidden throughout the NBA? 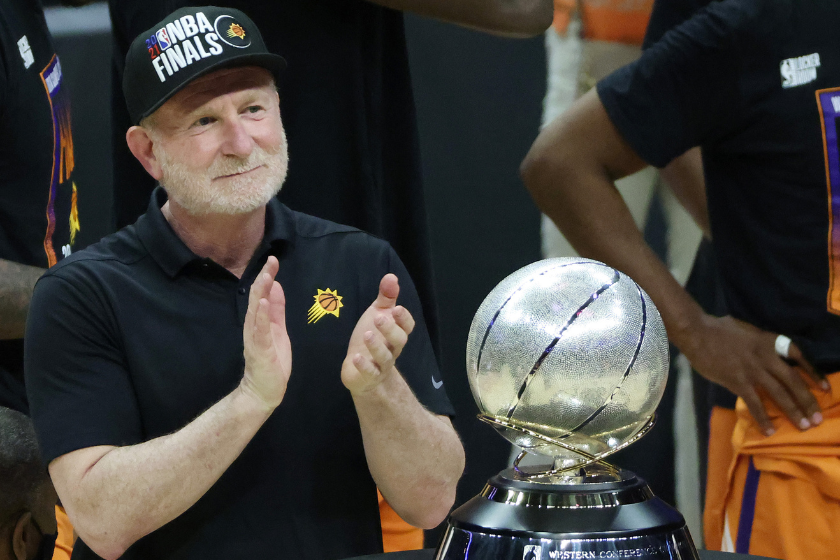 I don't see how a league who has clearly taken the responsibility of building an equitable, diverse environment seriously can look at their employees and players and tell them they matter after this decision. I definitely don't see how the Suns organization can, after their systemic, racist and sexist environment allowed his behavior to go unchecked until now. I think Sarver deserves every ounce of criticism being hurled his way and I hope the NBA takes a long, hard look at how they handled this entire ordeal.

Racism and sexism should have no home in the NBA, and I hope this is a call to action for all teams, in all sports, across every market. When you have a racist, sexist figure head in your mist, cut ties with them immediately, send a message to your fan base and players that you are on the right side of the line on this. Racism and sexism are stains on the fabric of humanity, and we clearly still have a long way to go.

MORE: The WNBA is Setting Itself Up for a Viewership Disaster