Steve Kerr’s Net Worth: How 8 NBA Championships Made Him Rich 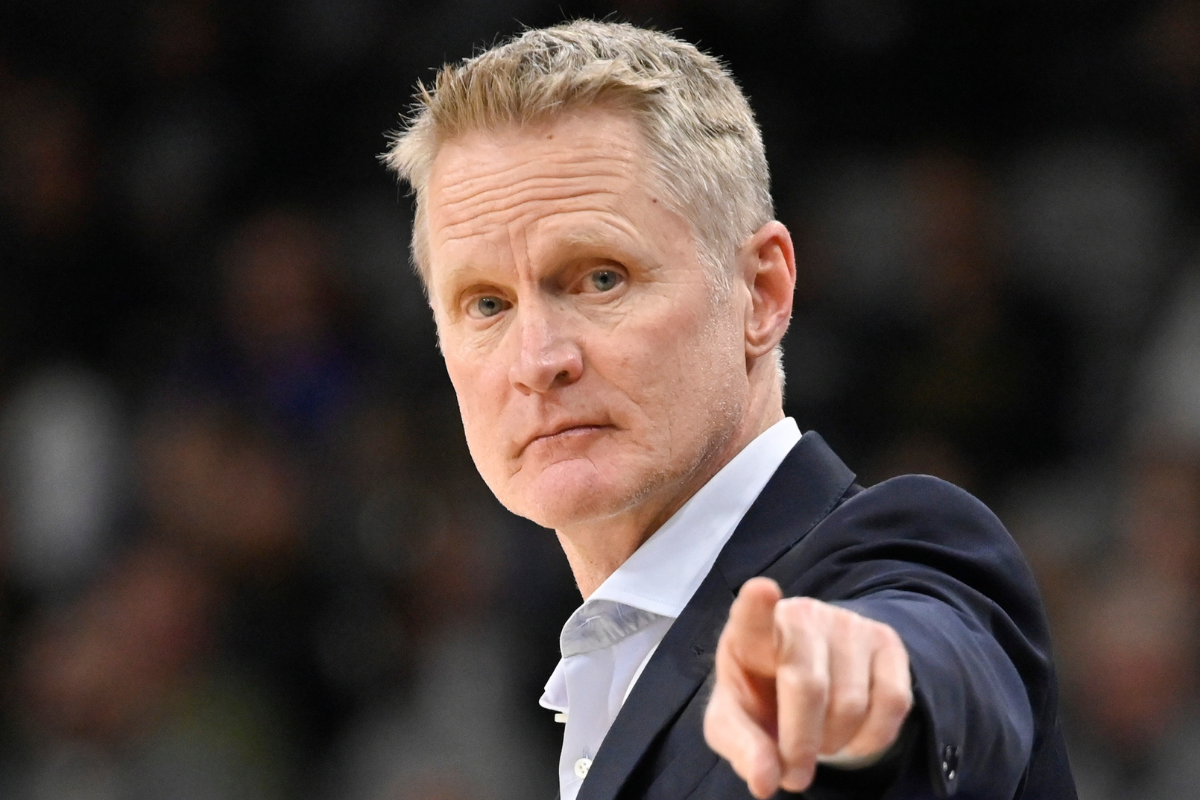 When it comes to basketball, Steve Kerr has done it all. There isn?t a single person in history who boasts the same resume. What he’s accomplished as a basketball player, broadcast analyst, general manager, and as the head coach of the Golden State Warriors is truly legendary. It might never be duplicated.

For over 30 years, Kerr has been a notable figure in the game. He was never the headlining superstar, by any means, but he?s always seemed to find a role in the best teams and biggest moments in NBA history.

The money certainly followed his success, too.

Born in Beirut, Lebanon, Stephen Douglas Kerr is the son of Ann Zwicker Kerr and Malcolm H. Kerr, the former president of the American University of Beirut who was killed by a gunmen in 1984.

After high school, Kerr attended the University of Arizona, played in the 1996 FIBA World Championships with a the USA Basketball team, and set an NCAA Division I record for best three-point field goal percentage in a season with an insane 57.3 percent as a senior.

He was ultimately a second round pick (No. 50 overall) in the 1998 NBA Draft by the Phoenix Suns.

RELATED: Dennis Rodman?s Net Worth: How ?The Worm? Earned (And Lost) His Money

Kerr played for the Suns as a rookie, Cleveland Cavaliers and Orlando Magic before finding a big-time role with the Chicago Bulls, where he won his first three NBA championships alongside Michael Jordan, and the 3-Point Shootout at the 1997 NBA All-Star Game.

Once the Bulls dynasty broke up, Kerr won two more titles with the San Antonio Spurs. He also played for the Portland Trail Blazers.

Kerr averaged just 6.0 points, 1.2 rebounds and 1.8 assists during this career, but he won five NBA titles and his career was far from over.

Once Steve Kerr retired as a professional basketball player as a five-time NBA champion in 2003, he was hired by Turner Network Television (TNT) where he worked alongside Marv Albert for a few seasons.

In the middle of his broadcasting career, Kerr became the general manager of the Phoenix Suns until the end of the 2010 season.

He left the broadcasting booth to take on a new role as a basketball coach.

As if his career wasn?t already solidified with making a big shot in the 1997 NBA Finals against the Utah Jazz and becoming a prominent broadcaster, Kerr took on the challenge to lead the Warriors? basketball team and create one of the greatest dynasties in NBA history.

Kerr, who replaced Mark Jackson, was the 2016 NBA Coach of the Year after Golden State won a record 73 games, and he won three more championships with the franchise.

Needless to say, the 55-year-old Kerr is a natural at leading big-time talent, including Steph Curry, Klay Thompson, Draymond Green, and Kevin Durant, among others.

Steve Kerr, who has a general studies degree from Arizona, married his college sweetheart, Margot Kerr, and the couple of three children: Nick Kerr, Madeleine Kerr, and Matthew Kerr.

As of 2021, Kerr?s salary is $5 million per year, which included an initial five-year deal and a contract extension. His net worth is estimated at $35 million, according to Celebrity Net Worth.

This post was originally published on April 21, 2020 before updating.