How Does Zion Williamson’s Vertical Compare to Past NBA Stars? 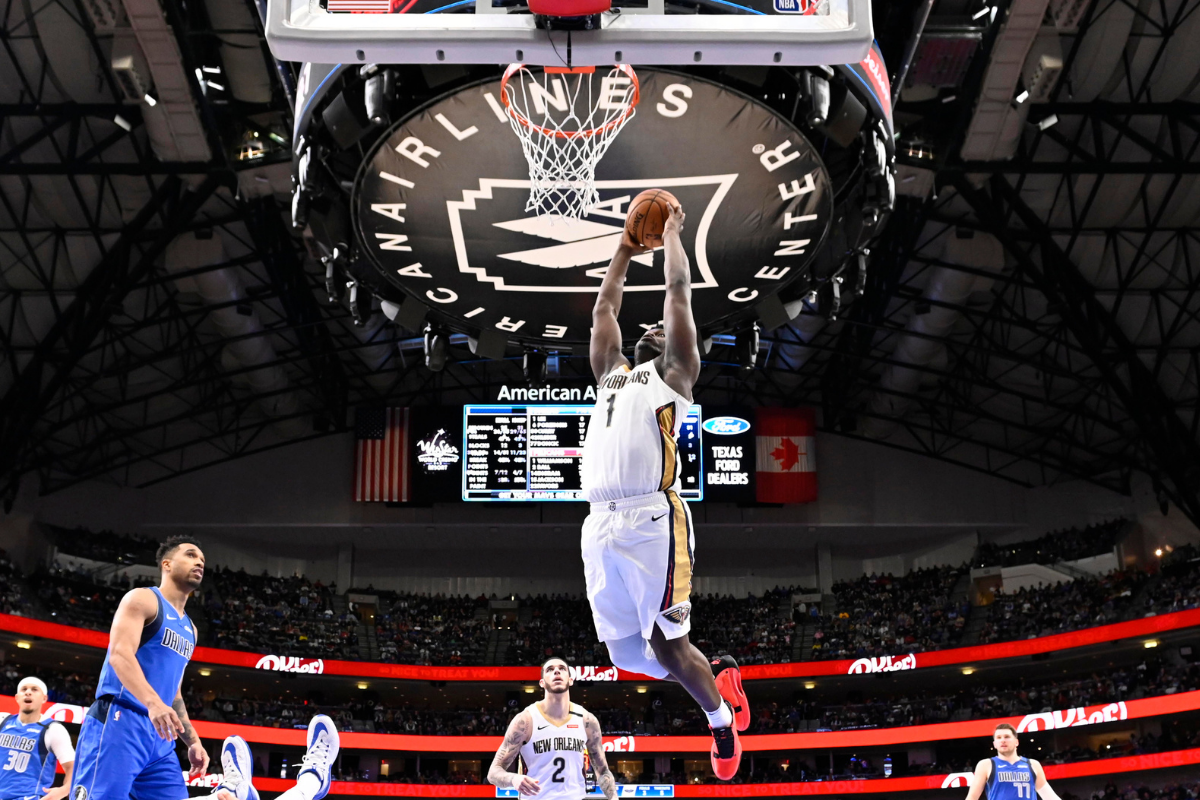 The laws of physics looked down on Zion Williamson and said, “That’s gonna be a no from me, dog.”

The you-have-to-see-it-to-believe-it dunker is the size of an NFL defensive end with the athleticism of LeBron James. The No. 1 overall pick in the 2019 NBA Draft could get to the quarterback, sure. But, I’d argue his best defense is jumping and obstructing the signal-caller’s vision. It would elevate John Elway’s quarterback height requirement to 6-foot-8.

Fortunate for us, Williamson uses his talents on the hardwood. He has the motor, the skills, and the feel for the game. His most precious skill?

Duke holds combine testing prior to diving into basketball-related workouts. Zion Williamson’s vertical jump became the most anticipated test of the day.

He cleared the rack on the first jump, then again on the second. It reached the point where weights were placed under the rack to make it more challenging. He cleared that, too.

Duke doesn’t officially release the results, but Rogers Sportsnet‘s Michael Grange reports that Coach K is on the record saying Zion has a 45-inch vertical. For comparison, Michael Jordan had a reported vertical of 48 inches and Spud Webb had a 46-inch leap. The only difference is Zion is carrying a little more weight

Williamson did his best MJ impression and dunked from the free-throw line a month later.

He showcased his leaping ability in his lone college basketball season on ESPN. He hasn’t come down since becoming an NBA player.

We’ve had some alarmingly athletic hoopers. Cassius has the new record. 👀😈⚠️ pic.twitter.com/2xLlsX2P3I

Zion Williamson’s feat was short lived. In 2019, freshman shooting guard Cassius Stanley broke the Duke record with a jump of at least 46 inches. The leapers keep on rolling through Durham, North Carolina. Stanley official measured in with a 44-inch maximum vertical at the 2020 NBA Draft Combine. The Indiana Pacers guard also competed in the 2021 NBA Dunk Contest and placed third.

The New Orleans Pelicans star’s measly 45-inch vert is a treat for basketball fans. Chicago Bulls guard Zach Lavine can do pretty much every slam dunk imaginable and Milwaukee Bucks superstar Giannis Antetokounmpo has limbs long enough to cram from anywhere, but Zion was made to live above the rim.

Gravity is still plotting how to stop the Nike/Jordan Brand athlete. As one of the rarest combinations of size and dunking ability, Williamson’s health is all that stands between him defying it for a long time.