The 2019 NFL Draft Has Arrived. Here’s What Your Team Needs. 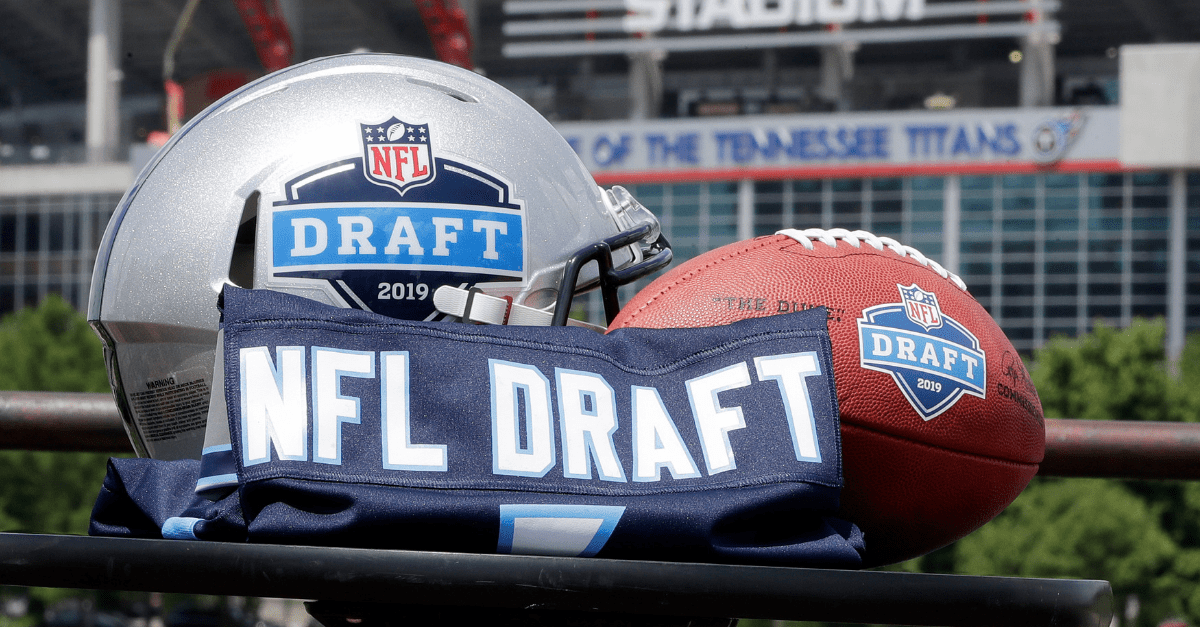 With the New England Patriots defeating the Los Angeles Rams in Super Bowl LIII, the NFL season was officially over in early February. That means the league?s entire focus has been on the 2019 NFL Draft to address their team?s biggest needs.

Congratulations to the Arizona Cardinals (kind of), they are now on the clock for the 84th annual draft from April 25-27 in Nashville, Tennessee. Have fun taking Oklahoma quarterback Kyler Murray, Ohio State defensive end Nick Bosa or Alabama defensive lineman Quinnen Williams with the No. 1 pick.

The @AZCardinals are now on the clock!

This a deep draft, especially on the defensive side of the football, with a record number of players leaving college early to pursue their National Football League dreams.

Although it is fun to speculate who each team might select, this is only going to be about needs at that pick and not specific players. So without further ado, here is the official order for the 2019 NFL Draft and what each AFC and NFC team should look for in the first round:

Without a top-end offensive line prospect, the best defender and player in the draft will do. Then again, the Cardinals might pick a quarterback. Who knows at this point?

All gas, no brakes. The 2019 season starts NOW🔥 pic.twitter.com/1PhyIz0jai

The 49ers need some serious help in the trenches.

Does anyone want to tackle the opposing quarterback in the Meadowlands?

🗣 The best of this year’s Mic’d Up 🗣 pic.twitter.com/Bx2BHIvVXA

A new defensive star, preferably a pass rusher, only solves a small part of the problem here.

The Bucs will take anything they can get.

Eli Manning is getting old, so why not prepare for the future?

Drafting Blake Bortles turned out to be a disaster. Getting Nick Foles was an upgrade. Now it’s time to get some players to protect him.

What goes down in the #Lions' group thread? pic.twitter.com/neA5v1deZ9

The Lions needs a player to help stop other teams from scoring every possession.

You took the gamble on Josh Allen. Now it?s time to protect him. Another defensive lineman wouldn’t hurt, either.

Let?s just hope the Broncos don?t screw up another quarterback selection. Joe Flacco was only a temporary fix, not the future.

It's a #NewDEY in Cincinnati as Zac Taylor becomes the new head coach of your #Bengals.

Check out photos from Coach Taylor's first day at the office 📷: https://t.co/6IkWzB2o5P pic.twitter.com/L13SsIukEH

Andy Dalton or not, the player under center has to have some time to throw it.

Green Bay enters with 🔟 total selections, including a pair in the first round tonight.#PackersDraft preview 📋: https://t.co/0FMgaYDPMO pic.twitter.com/SXRz4ZhQiK

If only the next Khalil Mack were available here…

A busy Monday as Brian Flores and his family arrived in South Florida.#FinsUp pic.twitter.com/O67xNZOCmA

There isn?t enough gum in South Florida to fill all of Miami?s holes here.

This wasn’t the season we expected.
But in spite of the ache,
We will rise again. pic.twitter.com/2HMR0ye2cn

It?s been a while since the Falcons took a high-end defender. They are due.

This could go many ways, but a new offensive target for the future would be a nice start.

The Panthers were quite old last year and need to get younger in a hurry.

The 2019 season is officially here.

The talent is in place to turn the franchise around. Protecting Baker Mayfield at all costs is key, but so is finding the next best piece to boost the secondary even more.

The Vikings really haven?t had a good offensive line in years. That has to change.

“Come to Nashville, and join in the party.”@NFL Draft plans unveiled for Nashville 🎸 » https://t.co/KQrbkuA1ug pic.twitter.com/2BUljjRw90

Might as well give Marcus Mariota a fun target to throw to here, right?

The team?s drama this offseason doesn?t change the fact they need another corner to come in immediately.

With so many teams looking to load up on defense, another protector for Russell Wilson wouldn?t hurt. However, if a player falls, it could be a good time to get the best player available.

Everything Ravens Fans need to know for the 2019 Draft.

Sorry, Lamar Jackson. This team has to get some quality linebackers if the front office can?t re-sign its defensive stars. A new target is in play here, though.

It?s about time the Texans get serious about keeping Deshaun Watson healthy.

Biggest Need: Running Back, Defensive Back

For a team that didn?t want Khalil Mack, nothing should surprise you here.

It?s safe to say Philly is open to really anything here.

A personal letter from Head Coach Frank Reich to you, the fans.

Give Andrew Luck another star target and the Colts will be insanely hard to stop.

Why not? The more offense, the better.

Phillip Rivers has a large family and must be protected at all costs, too.

For the first time in NFL history, the MVP is a Chief.

Well, it?s another piece to repair this broken secondary.

If Brian Gutekunst’s first draft choice as #Packers GM was a sign of things to come, the future looks bright for Green Bay’s locker room.#GoPackGo https://t.co/VBiJDn6Yz9

If you pay Aaron Rodgers that much money, you should probably give him another player to throw to.

“To see where it’s built to now is really special.”

There?s just no way the entire defense comes back so it’s time to reload.

READ MORE: Ready for a Super Bowl Rematch? This Sportsbook Thinks It Will Happen in 2020