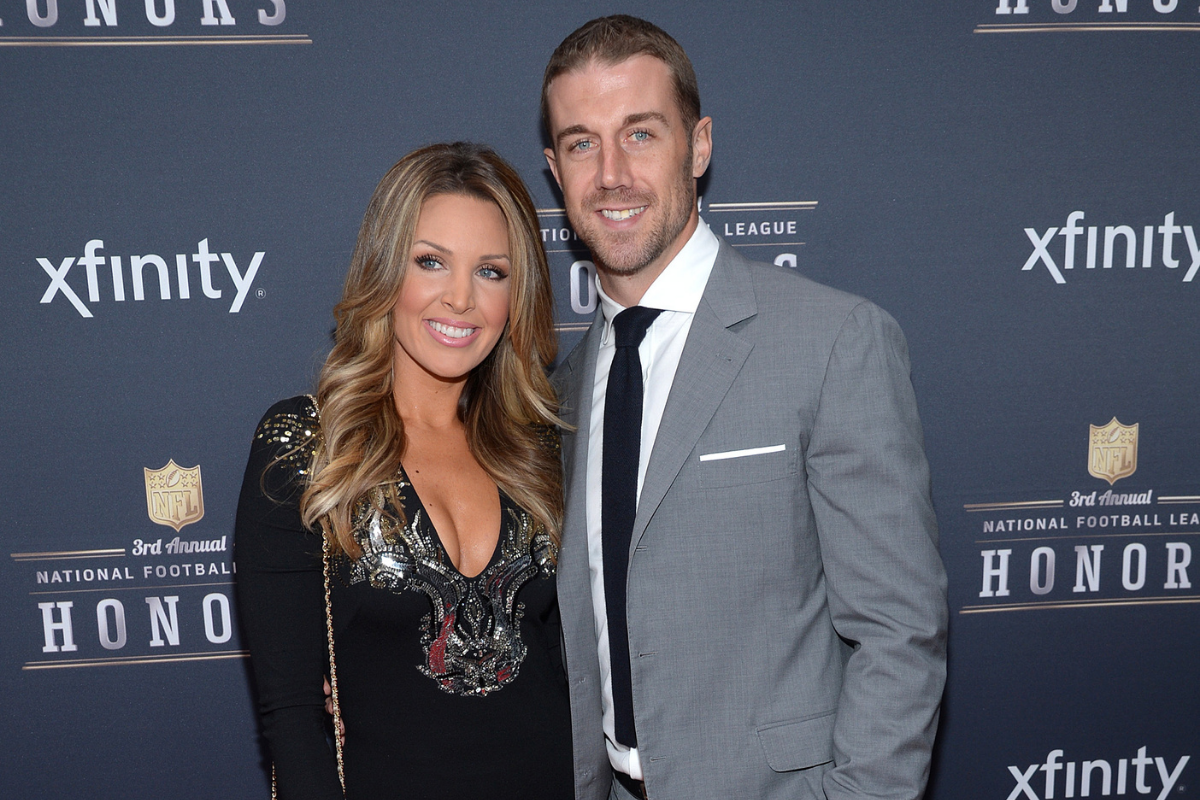 Smith went down awkwardly on the play and ended up suffering a broken tibia and fibula in his right leg. An injury that brutal is a truly rare occurrence and a sight no NFL fan or player wants to see.

Smith?s recovery was far from a smooth ride. After undergoing surgery, Smith developed a dangerous bacterial infection, necrotizing fasciitis, which is essentially a flesh-eating bacteria. The infection became so bad that Smith was faced with the choice of undergoing several more brutal muscle transfer surgeries or losing the leg to amputation.

After more than a month-long stay in the hospital, Smith was finally released and able to spend Christmas at home with his family, whom were his rock during his time in the hospital.

No one stood by Smith?s side during his struggle more than his loving wife, Elizabeth Barry.

RELATED: Kirk Cousins Proposed to His Wife on the Speaker of the House?s Balcony

Alex Smith?s three-time Pro Bowl NFL journey has been unique, to say the least. However, no one has been more supportive of the 36-year-old than his wife Elizabeth.

Elizabeth Barry is a former Los Angeles Raiders cheerleader and met Smith while he was playing for the San Francisco 49ers. The two got engaged in 2007 and were married in 2009 at the Palace Hotel in San Francisco. Now married more than a decade, the couple share three children, sons Hunter and Hayes and daughter Sloane.

Throughout Smith’s recovery, Elizabeth would frequently post updates and uplifting photos to social media, showcasing her husband’s endless strength and his love for his family which made the fight to full health worthwhile.

Elizabeth Smith recounted to ESPN the harrowing details of Smith?s fight to keep his leg and how she stood by his side each step of the way throughout his lengthy recovery. She detailed the steps of the recovery, multiple surgeries, and even intense conversations she had with doctors throughout the ordeal.

Having his wife by his side was certainly a saving grace for Smith, who has astonishingly made a full recovery. The 36-year-old even featured in the Washington Football Team?s Week 5 clash against the Los Angeles Rams after head coach Ron Rivera inserted him into that Sunday’s game in the second quarter following an injury to Kyle Allen.

It was Smith’s first time appearing in a football game since the injury in 2018.

At one point, even a return to the practice squad seemed like a long shot for Smith, but he dedicated himself to recovering throughout the offseason, and his determination materialized when he took his first snaps back at FedEx Field.

I don't care that the Washington Football Team lost by 20 to the Rams today, seeing Alex Smith in uniform and out on a football field is a W in my eyes. #NFLpic.twitter.com/0XfbxUy5S1

While Elizabeth Smith was certainly anxious seeing her husband take the field in the first half against the Rams, she told The Washington Post after the game that she understood why the veteran felt the need to return to football.

Smith is a winner at heart, and the former Kansas City Chiefs and San Francisco 49ers QB will do whatever he can to help the Washington Football Team achieve success in 2020 and beyond.

Despite their paltry record and benching Dwayne Haskins, the playoffs aren’t out of reach for Ron Rivera’s side, especially when playing in the lowly NFC East against the likes of the Philadelphia Eagles, Dallas Cowboys and New York Giants on the football field.

What better miracle would there be during the coronavirus pandemic and COVID-19-plagued season than to see Alex Smith feature in the playoffs?