Trade Cam Newton to This Team, And They’re a Contender 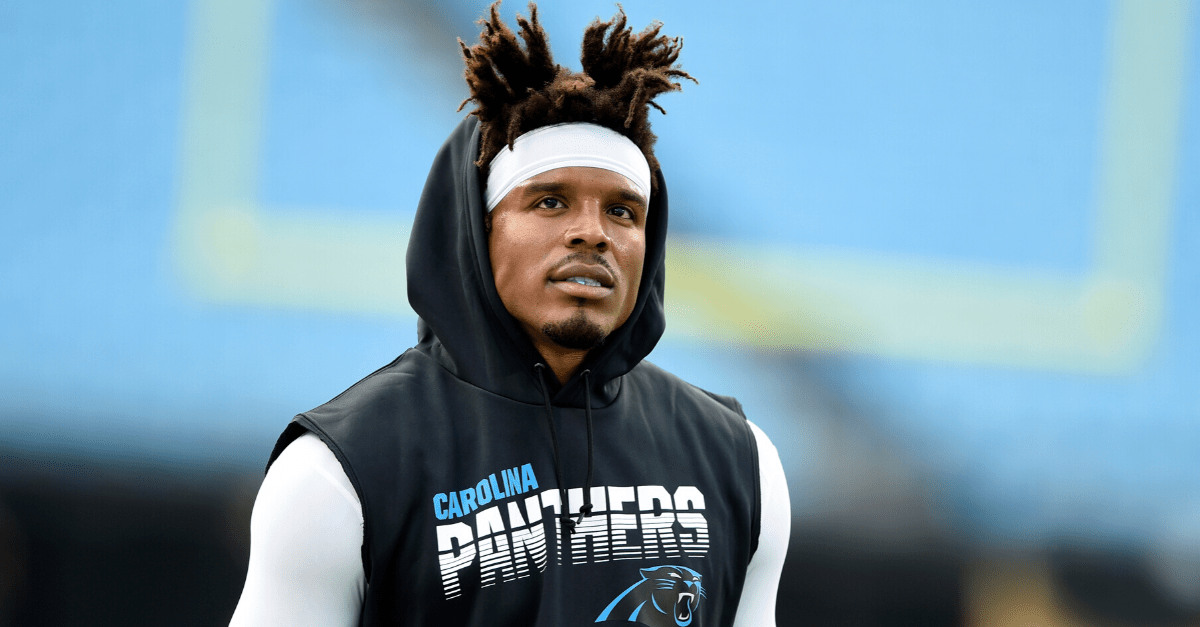 For most fans, the NFL offseason is a time to relax, catch their breath, and reminisce about life for the past few months. For the teams, it?s a time to work harder than ever. Not only is the 2020 NFL Draft just around the corner, but every single franchise is also trying to take their organization to the next level.

The Carolina Panthers are one of many teams in an interesting spot. They fired head coach Ron Rivera and hired Baylor?s Matt Rhule. They cleaned house and brought in offensive coordinator Joe Brady, defensive coordinator Phil Snow and special teams coordinator Chase Blackburn.

All of the pieces are starting to fall into place, but one glaring issue that still needs to be addressed is what to do at quarterback.

For the past nine seasons, the starting quarterback position belonged to Cam Newton. The three-time Pro Bowl selection and 2015 NFL MVP has been such an important part to the franchise. However, after a season-ending foot injury, it might be time for yet another change before next season.

From @NFLGameDay: The #Panthers are expected to seek a trade for QB Cam Newton this offseason (https://t.co/bCFjPn5Y6Z) and they should get a high price for the former MVP if Newton is healthy. pic.twitter.com/wEYxz3gS35

The emergence of quarterback Kyle Allen puts the Panthers in an unusual position. He wasn?t as dynamic as Newton, sure, but over 3,300 passing yards with 17 touchdowns and 16 interceptions for a first-time starter is nothing to scoff at. The Panthers also drafted Will Grier last season.

Will either Allen or Grier be better than Newton? Probably not. After all, the former No. 1 overall pick consistently led the Panthers to the NFL playoffs and even to the Super Bowl during the 2015 season. Newton is a franchise quarterback and marketable star, but Rhule and general manager Marty Hurney might want to take the team in a different direction.

Quarterback Cam Newton was placed on injured reserve in November 2019. He has been trying to rehab ever since. Instead of talking about a comeback though, all anyone seems to address are the trade rumors.

Back in December 2019, the week of Newton?s surgery for his Lisfranc injury, NFL Network?s Ian Rapoport reported the Panthers are looking to make a large deal in order to part ways with Newton. Whether that?s ready-to-play assets or draft picks or a combination of both is unknown, but any deal was essentially on the table.

Then, on March 17, the Panthers gave Newton permission to seek a trade.

We have given Cam Newton permission to seek a trade

However, that’s not exactly what Cam Newton wanted.

“Stop with the word play! I never asked for it! There is no dodging this one; I love the Panthers to death and will always love you guys! Please do not try and play me, or manipulate the narrative and act like I wanted this. You forced me into this!”

Oh, boy. This could get interesting.

So what does the value for the former MVP look like?

That?s been the market for quarterbacks in recent years, but there?s an ideal landing spot for both parties.

Has cam newton ever had a roster as talented as the #Chargers roster right now?…. He is only 30…. #BoltUp… taking Simmons would be so awesome man, him and Derwin alone would terrorize offenses! pic.twitter.com/VAQ0SjaWiD

The Los Angeles Chargers need a quarterback. Philip Rivers is gone. All that?s left on the roster is veteran Tyrod Taylor and rookie Easton Stick. In all due respect, that?s not going to get this team over the hump.

The Chargers are good. Although their record was pitiful last season ? a product of losing every close game imaginable ? the pieces are in place to make a run and challenge the Chiefs and Super Bowl MVP Patrick Mahomes.

Getting Cam Newton could solves those issues on the field. It can also help with the team?s marketing push with their new stadium. This is a win-win scenario that makes a lot of sense and it needs to happen immediately.

Of course, there are other teams that probably need a quarterback. The Miami Dolphins and Tampa Bay Buccaneers. So do the Chicago Bears, even though trading Mitchell Trubisky doesn?t sound like a very good idea at all, despite what the Bears fans think. The New England Patriots are also looking for a signal caller with Tom Brady deciding to leave in free agency.

At the end of the day, however, LA seems like the perfect fit. Newton is only 30 years old, a proven veteran, and a player who can help out immediately, if he’s healthy.

Pair Newton with solid running backs, a talented wide receiver corps and a strong defense? Yes please. That?s a recipe for winning, which the Chargers are seemingly ready to do right now.

In this scenario, the Chargers can also use their first-round pick (No. 6 overall) to draft a big-time player in another position of need. In return, the Panthers would also receive good draft compensation like a second-round pick and perhaps another player or two to help rebuild. Hell, maybe they even swap first-round picks since the Panthers sit at No. 7.

It might not make all of the sense in the world right now, especially with his health status unknown, but Newton is a better option than a random free agent and he gives the Chargers exactly what they needed: A winner.

This post was originally published on February 7, 2020 before updating.