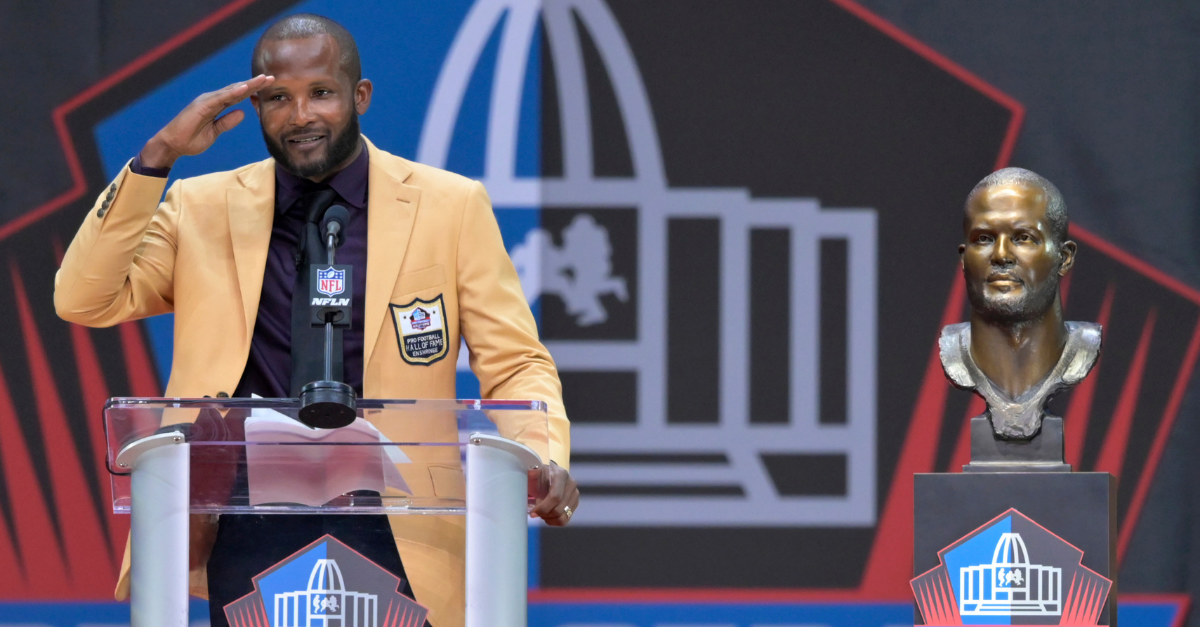 The 2019 Pro Football Hall of Fame induction ceremony made me feel like it’s time to cash out my 401(k) and retire forever. A class of inductees that included center Kevin Mawae, tight end Tony Gonzalez, cornerback Ty Law, safety Ed Reed, defensive back Johnny Robinson and late Denver Broncos owner Pat Bowlen also featured one of my favorite players to ever live, and Roland Bailey, Jr. reminded everyone why he’s one of the NFL’s greatest in Canton, Ohio.

Better known as Champ Bailey, the 12-time Pro Bowl selection — the most ever by a defensive back — and seven-time All-Pro has on-field credentials that few NFL players could match. Bailey logged over 900 tackles, 52 interceptions and is the only player in league history with over 200 passes defended (203). He officially retired in 2014 as a Denver Bronco, but Champ’s legacy lives on.

During his Hall of Fame speech, the 1998 Consensus All-American with the Georgia Bulldogs started by “thanking God for Broncos Country.” Bailey acknowledged longtime agent Jack Reale, his family, coaches from high school up through the professional ranks, the Washington Redskins for making him the No. 7 overall pick in the 1999 NFL Draft, his teammates over 10 seasons with the Denver Broncos, and of course, the fans.

But in closing his enshrinement speech on Saturday night, Bailey delivered a powerful, emotional message that had nothing to do with football. It did, however, have everything to do with the social issues we’re facing today and was directed at his “white friends” that everyone needs to hear.

“The first thing people see when they look at me is not a Pro Football Hall of Famer, or a husband, or a father. They view me, first, as a black man. So on behalf of all the black men that I mentioned tonight, and many more out there, who have had most of the same experiences I’ve had in my lifetime, we say this to all of our white friends.

“Yes, most of us are black men or are athletes, but we are black men first. Understand this: things that make us great on the field, like our size and our aggression, are the same things that can get us killed off the field. I believe if we start listening, there’s no telling the progress we can make. All of us are dads, sons, brothers, your friends.

“We all understand that if we can’t get our friends to listen, then no one will. And to my black brothers, if you do not have anything positive to say about our social challenges, please keep your mouths shut.”

With an ode to the national anthem protests inspired by former San Francisco 49ers quarterback Colin Kaepernick, Bailey hopes to continue the conversation and educate people everywhere ? in particular, white people ? about the challenges facing black men and minorities in America today.

The first-ballot HOF selection earned enshrinement for his work in the field, but more importantly, Bailey is a first-ballot Hall of Famer for the man he continues to prove to be off of it. Bailey’s Hall of Fame induction speech proves that.