Colin Kaepernick Is Coming to Netflix: Here’s What To Expect 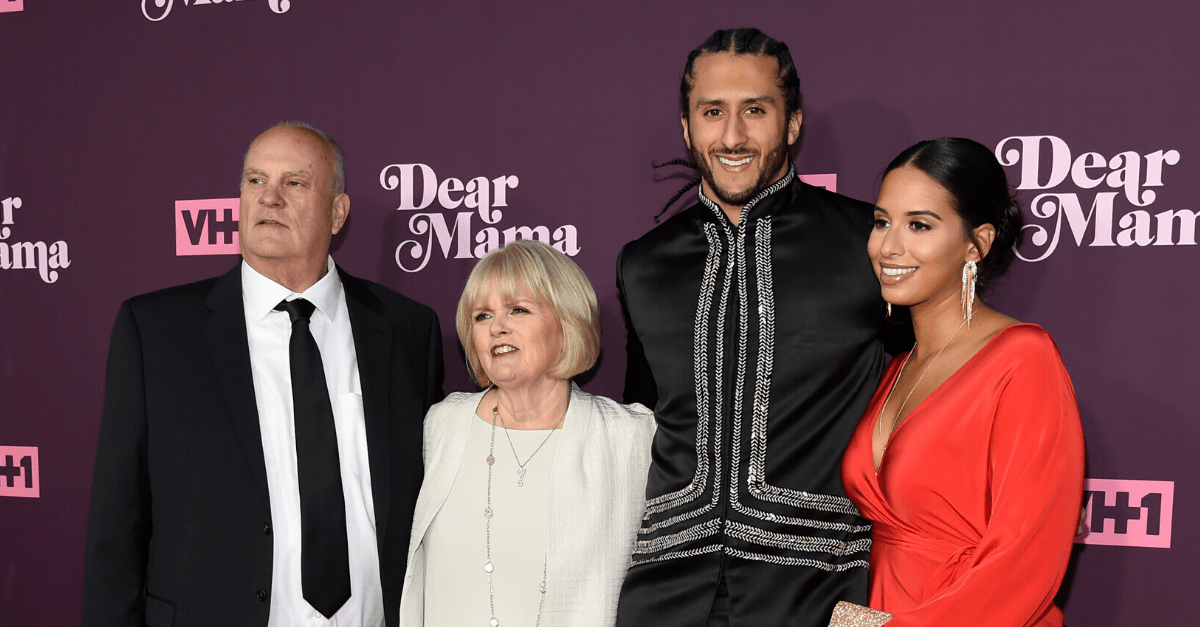 Few professional athletes will ever be as polarizing as Colin Kaepernick. From his record-setting days with the Nevada Wolfpack to his tumultuous fallout with the National Football League, everything Kaepernick says and does is heard, whether those receiving his message like it or not.

Now 32 years old, it seems the general public knows so much about Colin Kaepernick the activist, but so little about Kaepernick the man. That’s about to change with the announcement of the upcoming Netflix series Colin In Black & White.

He would grow up to play in the Super Bowl and realize you never stop fighting for your dreams.

She would grow up to tell stories that matter to millions.

It’s reported that the scripted series will be narrated by Kaepernick himself, with a younger actor playing the star quarterback.

“Too often we see race and Black stories portrayed through a white lens,? Kaepernick said, via The Hollywood Reporter. ?We seek to give new perspective to the differing realities that Black people face. We explore the racial conflicts I faced as an adopted Black man in a white community, during my high school years. It?s an honor to bring these stories to life in collaboration with Ava for the world to see.?

A release date wasn’t immediately announced for what’s going to be Netflix’s most anticipated release in a long time.

Michael Starrbury wrote the now-completed scripts and will serve as executive producer alongside Duvernay.

“With his act of protest, Colin Kaepernick ignited a national conversation about race and justice with far-reaching consequences for football, culture and for him, personally. Colin?s story has much to say about identity, sports and the enduring spirit of protest and resilience. I couldn?t be happier than to tell this story with the team at Netflix.?

? Ava Duvernay, via The Hollywood Reporter

As we await Netflix’s limited series, what exactly do we know about Kaepernick’s life? For starters, there are the on-field accolades, both in college football and the NFL, which stack up with the best QBs to ever buckle a chinstrap:

– 13th in rushing touchdowns among all players (59)

The case against Kaepernick not being re-signed by NFL teams following his national anthem protests against police brutality and racial injustice beginning in a 2016 preseason game revolved around how he “sucked” his final season. Kaepernick threw 16 touchdowns against four interceptions with an abysmal roster that went 2-14 led by head coach Chip Kelly, who was fired at season’s end. But yeah, blame Kaepernick.

Aside from the obvious numbers game, let’s dive into Kaepernick’s high school career and upbringing, which is the real subject of Netflix’s series.

Where Did Colin Kaepernick Go To High School?

The 4.0 GPA student was named MVP in his conference in football, leading Pitman to the schools’ first-ever playoff victory as a senior.

Despite his dominance as a football player, the University of Nevada was the only school to offer the dual-threat quarterback a scholarship. On the baseball diamond, Kaepernick was one of the most feared pitchers in his district, logging a 1.38 ERA with 179 strikeouts in 146 2/3 innings his junior and senior years ? The Chicago Cubs selected him in the 43rd round of the 2009 MLB Draft, just in case.

In 2018, Kaepernick was inducted into the Pitman High School Hall of Fame. He did not attend the ceremony given the negative media the social justice warrior faced at the time. His family accepted on his behalf.

Who Are Colin Kaepernick’s Parents?

Kaepernick was adopted and raised by Teresa and Rick Kaepernick, who are both white. The couple already had two children ? son Kyle and daughter Devon ? when they adopted Colin. Tragically, they’d lost two sons to heart defects, Lance and Kent, shortly after their births.

Colin’s birth mother, Heidi Russo, was 19 years old when she had him; His biological father reportedly left Russo before Colin was born. It was rumored former Green Bay Packers wide receiver James Lofton was his father, though that doesn’t appear to be accurate at all ? The Kaepernick family chose not reveal the identity of Kaepernick’s “African-American father” to Sports Illustrated.

Russo took to Twitter in 2016, telling her biological son he was “bringing shame to the very country & family who afforded you so many blessings” as his anthem protests gained steam.

@Kaepernick7 There's ways to make change w/o disrespecting & bringing shame to the very country & family who afforded you so many blessings.

The Kaepernicks couldn’t have disagreed with Russo more. The family released a public statement to The Undefeated that read, in part:

“Colin is carrying a heavy load and following a difficult path that he truly believes in. He is putting his entire future and possibly his life on the line for those beliefs. As his parents, it pains us to read articles and tweets saying that his family does not support him; this could not be further from the truth. We want people to know that we are very proud of our son and admire his strength and courage in kneeling for the rights of others.”

“For whatever reason, there are some who want to view this as an anti-military protest or an un-American stance,” the family’s statement added. “These views could not be further from the truth, but we know that people will believe what they wish to believe.”

Teresa Kaepernick has been vocal over the years in detailing the racial inequality her son faced because of his skin color. During little league baseball games, as Kaepernick was striking out sons of all-white families, they responded by making racist comments, according to a profile by Yahoo! Sports.

Momma Kaepernick approached them directly and “gave a tongue-lashing.”

It’s obvious that the Kaepernick family has stood by their adopted son’s side from the beginning. It’ll be fantastic to peak behind the curtain at Netflix’s six-part series for a glimpse at what life was really like growing up for the former NFL player and current free agent.