Donovan McNabb Believes He Belongs in the Hall of Fame 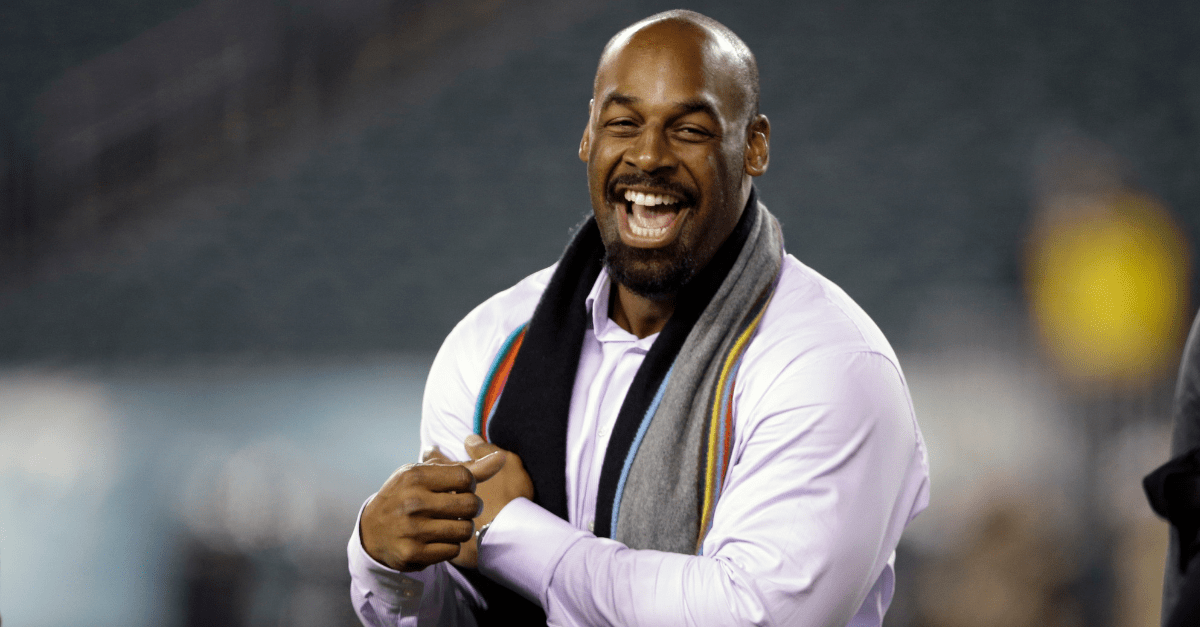 When quarterback Donovan McNabb lined up under center, he was a nightmare for NFL defenses. He had a rocket right arm, some good weapons around him and had the ability to extend plays with his legs. The 6-foot-2 signal caller was a star, a guy who made six Pro Bowls, and he believes he belongs in the Pro Football Hall of Fame.

That?s right, McNabb ?absolutely? believes he deserves a bronze statue and gold jacket in Canton, Ohio for his career with the Philadelphia Eagles, Washington Redskins and Minnesota Vikings.

?I?m not hesitating on that,? he told TMZ Sports in 2019 “I am a Hall of Famer. My numbers speak for themselves.”

Is Donovan McNabb a Hall of Famer?

In many ways, McNabb is correct. Since he was selected with the No. 2 overall pick in the 1999 NFL Draft out of Syracuse, he stuffed the stat sheet like nobody?s business. In fact, he is only the fourth quarterback in NFL history to post over 30,000 passing yards, 200 touchdown passes, 3,000 rushing yards and 20 rushing touchdowns in his career.

The others? Fran Tarkenton, John Elway, and Steve Young. All of them are in the Hall of Fame.

That doesn?t mean former Philadelphia Eagles quarterback Donovan McNabb is a shoe-in. After all, he doesn?t have a Super Bowl ring, which is certainly a pretty solid criteria when talking about HOF players. New York Giants quarterback Eli Manning is a perfect example of that.

And to McNabb, so is former Dallas Cowboys quarterback Troy Aikman.

?My numbers are better than Troy Aikman, but he has Super Bowl rings, and he?s played with Hall of Famers as well,” McNabb said.

Some people forget just how good prime Donovan McNabb was.

To be fair, McNabb?s numbers are better than Aikman?s. He has over 4,000 more passing yards, 69 more touchdown passes and 24 less interceptions. But Aikman has three rings, thanks in part to running back Emmitt Smith and wide receiver Michael Irvin.

McNabb, who won the 2004 NFC Championship Game with Hall of Famers Brian Westbrook and Terrell Owens, has been to the big stage in the playoffs, but the Eagles eventually lost to Tom Brady the New England Patriots in Super Bowl XXXIX.

Despite not having much hardware, McNabb still definitely believe he belongs in football lore after 13 NFL seasons.

“When they look at my numbers, yeah, but then they always want to add other stuff into it. ‘Was he an All-Pro? Was he this? How many Super Bowl opportunities?? But, people don’t realize how hard it is to get to the NFC Championship and to get there five times, and then make it to a Super Bowl? It’s tough.?

Philly fans know Donovan McNabb was one of the best quarterbacks and passers in his day. They will always remember that Eagles team under Andy Reid. However, with no Super Bowl wins, the case for him being in the Hall of Fame might be an uphill battle, don?t you agree?