Former New Orleans Saints quarterback Drew Brees will go down as one of the best players to ever step foot on the gridiron, having achieved a remarkable amount throughout his 20-year career in the NFL.

Brees holds a plethora of quarterback records and even boasts a Super Bowl ring and MVP from his time as the Saints QB.

For as near perfect as Brees' play on the field is, the star quarterback has a rather noticeable imperfection on his right cheek.

Fans who watched the veteran quarterback who has now transitioned to TV likely have noticed what appears to be a scar on the side of his face, leading many to question what happened to Drew Brees' face?

How Did Drew Brees Get His Scar? 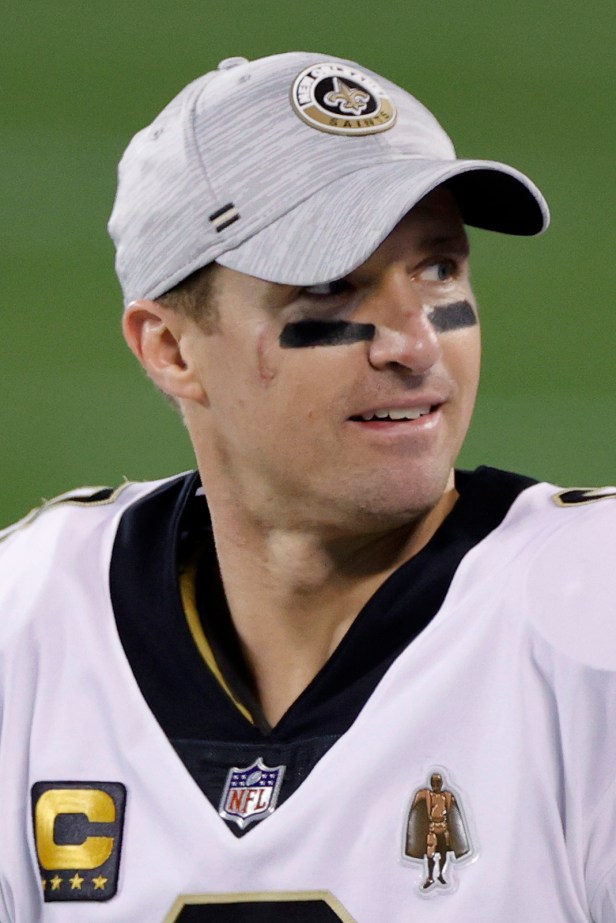 CHARLOTTE, NORTH CAROLINA - JANUARY 03: Quarterback Drew Brees #9 of the New Orleans Saints looks on during the second half of their game against the Carolina Panthers at Bank of America Stadium on January 03, 2021 in Charlotte, North Carolina. (Photo by Jared C. Tilton/Getty Images)

Drew Brees' scar has been in the spotlight throughout his entire career. Even Oprah Winfrey mistakenly referred to it as a lipstick mark when he appeared on her talk show. Back in 2012, Brees sat down for an interview with CNN and opened up about the blot on his skin for the first time, which he revealed was actually a birthmark.

Not even being an All-American football quarterback protected a young Brees from ridicule over his birthmark, and that's something that stuck with him throughout his life.

Now at 42 years old and with a net worth of $160 million, Brees could easily go get the birthmark removed with plastic surgery, but rather than hide his trending imperfection, Brees wants to use it to send a positive message and encourage kids to shamelessly be themselves.

Brees wrote in his book, "Coming Back Stronger," that he saw the scar as a positive thing.

"Instead of seeing it as a bad thing, I chose to see it as something that made me unique and special. It set me apart from everyone else. ... Now it's just a part of who I am. I wouldn't consider cutting off my arm. Neither would I cut off my birthmark."

The Dallas, Texas native and former Purdue University and San Diego Chargers star is the league's all-time second place leader in passing yards and lifted the Lombardi Trophy after the Saints' victory in Super Bowl XLIV against the Indianapolis Colts.

Yet, despite all he's accomplished, including nearly 600 career touchdowns in 20 NFL seasons and several playoff appearances as well as numerous comebacks in Saints games, questions about Drew Brees' birthmark still arise.

The former NFL quarterback endures the comments and proudly wears his birthmark in order to help uplift individuals who look up to him and may be struggling with self-confidence due to a similar imperfection.

You can bet your bottom dollar that when Brees eventually gets inducted into the Pro Football Hall of Fame, he'll be mentioned with Tampa Bay Buccaneers quarterback Tom Brady as one of the best quarterbacks in NFL history and will wear his birthmark like a badge of honor for Saints fans and NFL fans across the country.