Dwayne Haskins’ Wife is the Daughter of a Former NBA Player 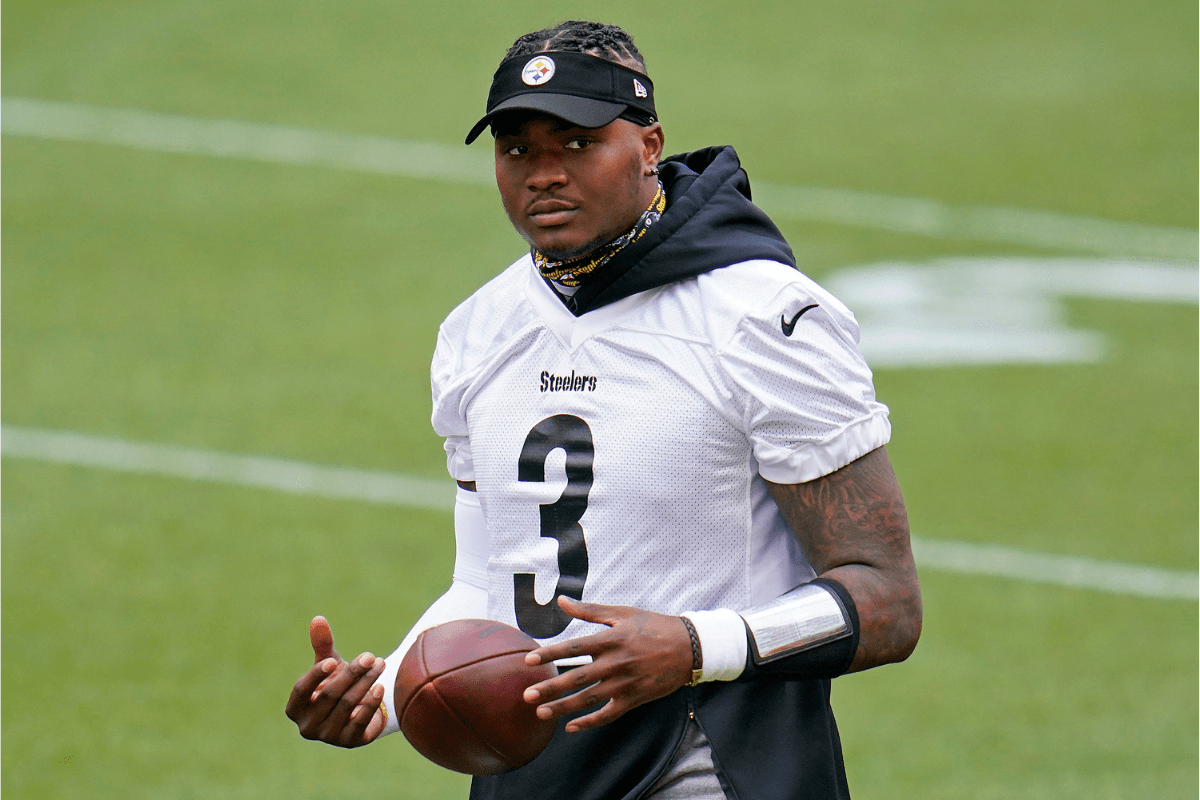 I’m not sure if an NFL player has had more of a roller coaster career in such a short amount of time than Dwayne Haskins. By roller coaster, I mean the spinning tea cup ride because there haven’t been many highs.

Dwayne Haskins was one of the top quarterback prospects in the 2019 NFL Draft. The Ohio State product was selected by the Washington Football Team with the 15th overall pick. Franchise owner Dan Snyder and head coach Jay Gruden thought they had their quarterback of the future.

Haskins struggled in the nation’s capital. He had trouble finding consistency and taking care of the ball. In 2020, he was benched in favor of Alex Smith, who was returning from a gruesome knee injury, and Taylor Heinicke, who many people didn’t know was on an NFL roster until he assumed command of the huddle in the NFL playoffs.

Off-the-field issues didn’t help. Haskins was fined $40,000 after violating league COVID-19 protocols for partying without as mask. New head coach Ron Rivera moved to release the QB in December. The COVID violation along with poor performance and reports of not meeting team standards off the field played into the split.

Haskins signed a one-year deal with the Pittsburgh Steelers in January 2021.

The quarterback’s on-the-field struggles have been evident, but he’s found love off it with a former college basketball player.

RELATED: Who Is Baker Mayfield?s Wife?

Dwayne Haskins is married to Kalabrya Gondrezick-Haskins. She is the daughter of Grant Gondrezick and Lisa Harvey-Gondrezick. Grant played in the NBA for the Phoenix Suns and Los Angeles Clippers after a stellar career at Pepperdine University.

Kalabrya’s sister is WNBA player Kysre Gondrezick. She plays for the Indiana Fever and played college basketball at Michigan and West Virginia.

Kalabrya herself played college hoops at Michigan State. She and Haskins reportedly tied the knot in March 2021. Haskins gave her one of the gaudiest rings you’ll ever see.

The wife of Dwayne Haskins faces a domestic violence charge stemming from an alleged assault involving the Pittsburgh Steelers quarterback that occurred in a Las Vegas hotel room earlier this month.https://t.co/jYd1ZhnNML

Kalabrya Gondrezick-Haskins, the wife of Pittsburgh Steelers quarterback Dwayne Haskins, was arrested and faces a charge of domestic battery after an alleged altercation at a Las Vegas hotel in early July 2021.

The couple was in Sin City to renew their vows and celebrate with friends, according to the police report. Things were going well and jolly until the two disagreed on their plans for the night. Haskins and his friends allegedly went to a nightclub without his wife and her friends.

The verbal argument escalated in their hotel room at The Cosmopolitan, and Gondrezick-Haskins allegedly punched her husband. The former first-round pick walked away with several facial injuries, including a missing tooth and split upper lip.

According to KLAS, Haskins requested his wife be removed from his room to the hotel security officer.

Haskins is on the verge of his first season backing up Ben Roethlisberger. The trending news made national outlets like ESPN and USA Today. The Steelers did not comment on this situation but said they were aware of the incident.

MORE: Big Ben Met His Wife Through a Fan, Then Had 3 ?Killer B? Children