Before the Browns, Freddie Kitchens Was Alabama’s Star Quarterback 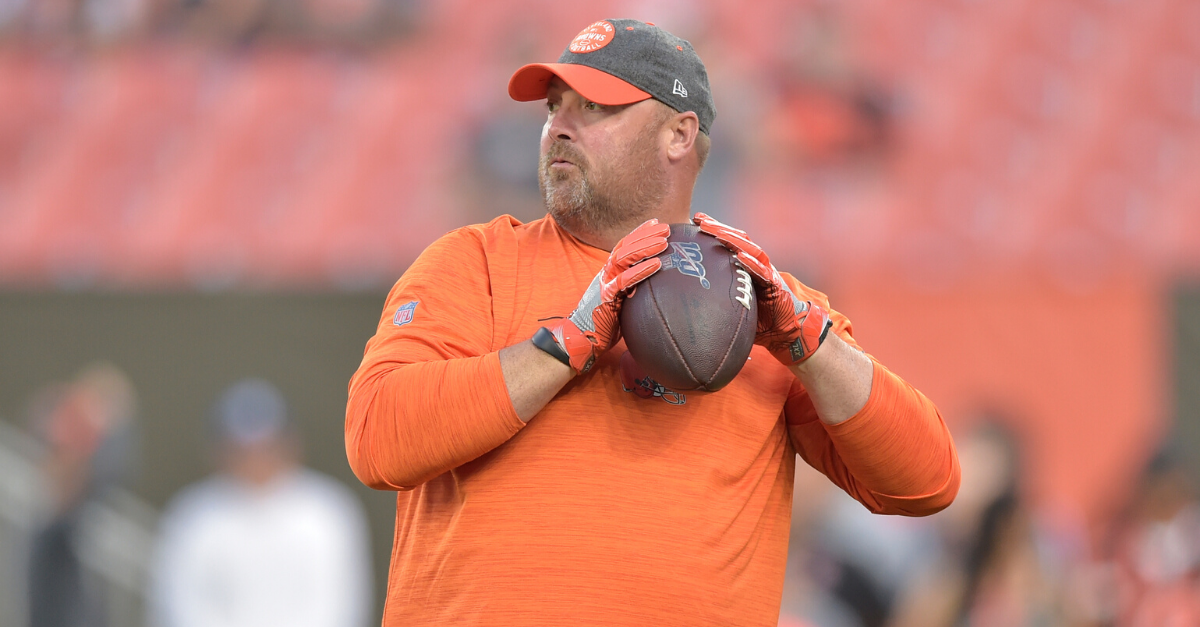 Go around the National Football League and you’ll find that nearly every team’s head coach played the sport at the collegiate level. The men with headsets who stand on the sidelines every Sunday played for some of the most elite Division I schools, too.

Arizona Cardinals coach Kliff Kingsbury starred at quarterback for the Texas Tech Raiders and even won a Super Bowl ring with the New England Patriots. Carolina Panthers coach Ron Rivera also won a Super Bowl with the Chicago Bears after he was an All-American linebacker at California. Tennessee Titans coach Mike Vrabel was a standout defensive end at Ohio State and wound up winning three Super Bowls with the New England Patriots.

But here’s one you might not have known: Cleveland Browns head coach Freddie Kitchens.

Believe it or not, Kitchens starred at quarterback for the Alabama Crimson Tide. The SEC powerhouse has boasted plenty of star power over the years, especially at the quarterback position. “Broadway” Joe Namath, Kenny “The Snake” Stabler, Bart Starr, Tua Tagovailoa, A.J. McCarron and…Freddie Kitchens? Yep.

Sunday is a revenge game for Tom Brady, identical to the 1984 NBA Finals for Larry Bird. In the 1997 Outback Bowl the Alabama Crimson Tide, led by their starting QB Freddie Kitchens, defeated the Michigan Wolverines, led by their back-up place holder Tom Brady. pic.twitter.com/q2L7Xw6RKQ

The product of Etowah High School won Alabama?s Mr. Football honor in 1992. Kitchens turned down offers from Major League Baseball teams to attend the University of Alabama from 1993-97. He split time as a starting quarterback in 1995 before taking over the job in 1996.

The young rocket-armed kid from Gadsden, Alabama, threw for 4,668 passing yards and 30 touchdowns over his NCAA Career. He ranked fourth in career passing yards and fifth in completions by the time he left Tuscaloosa.

Depending how you look at it, Kitchens was a star for the Crimson Tide. He posted more total passing yards and touchdowns than Namath and Stabler, but his 50.4 completion percentage ranks second to last out of 29 Alabama quarterbacks with at least 1,000 yards in their careers. The 26 interceptions to his 30 touchdowns aren’t a great look, either.

Kitchens best year was in 1996, when he led the team to a 10-3 record and an Outback Bowl berth. He and the Tide beat a Michigan team that featured Brian Griese, Tom Brady and Charles Woodson and won a national championship the following year. Kitchens finished the year with 2,124 passing yards and 14 touchdowns.

Still, Kitchens will tell you he was no good.

Though Alabama slipped to a 4-7 record in Kitchens’ final season in 1997, take a look at some of the now high-profile names that were regulars at Bryant-Denny Stadium.

Kitchens is the sixth former Alabama player to be named head coach for an NFL regular season game. Harry Gilmer, Ray Perkins, Mike Riley, Bart Starr and Richard Williamson all did so before him.

Kitchens’ road to the NFL was a long, winding one.

The Browns entered the 2019 season with lofty expectations under second-year quarterback Baker Mayfield, wide receivers Odell Beckham Jr. and Jarvis Landry, and running back Nick Chubb. With so much talent on both sides of the ball, Kitchens has a lot of pressure to perform in Cleveland.

READ MORE: Why ?Bama RB Glen Coffee Chose the Army Over the NFL