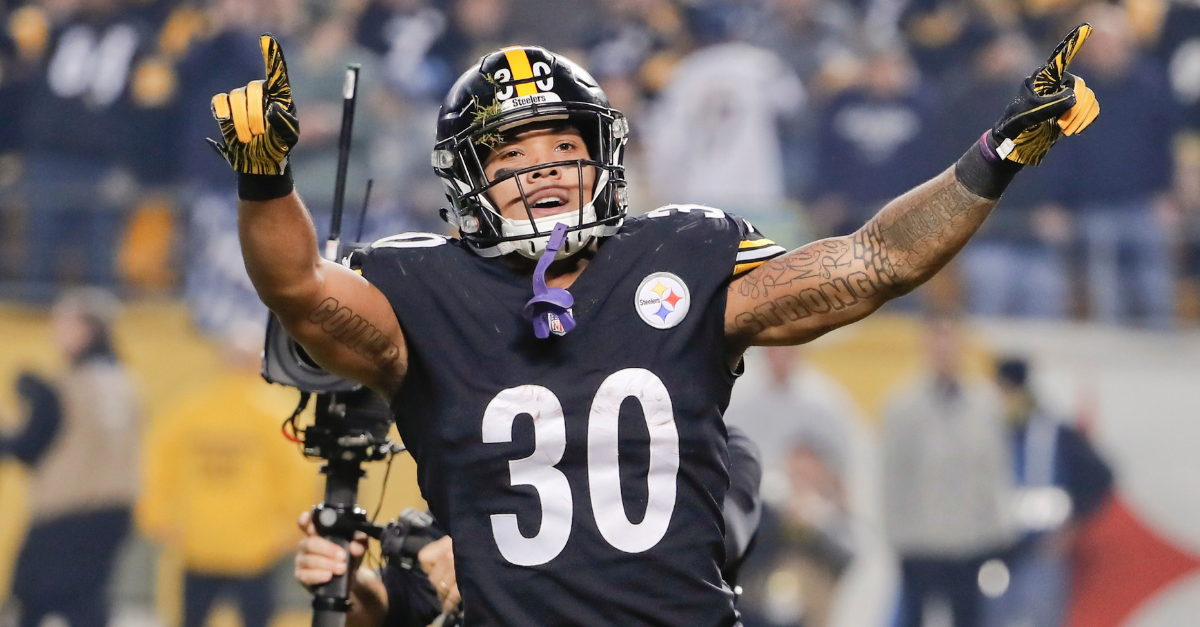 You should have heard the uproar when the Pittsburgh Steelers fan base found out star running back Le’Veon Bell was going to sit out the 2018 NFL season. You would’ve thought meth-eating alligators invaded the city and all hope was lost. Naturally, when an All-Pro player decides he’s going to sit for the year, fans have cause for concern. But what they didn’t realize at the time was the franchise’s next great running back was already sitting on the sidelines.

If you don’t already know James Conner’s story, you’d think it was a Disney movie. Conner was born and raised in Erie, Pennsylvania. He played college football for the University of Pittsburgh Panthers and was named ACC Player of the Year in 2014. Last season, Conner became the Steelers’ full-time starter and was named the AFC’s starting running back in the 2019 Pro Bowl. In the middle of all that success, the 24-year-old was diagnosed with, and beat, cancer.

What Kind of Cancer Did James Conner Have?

Back in his 2015 collegiate season, Conner tore his MCL in a victory over Youngstown State. But as he began rehabbing the knee injury, he experienced excessive fatigue like never before. When doctors examined him again, it turned into the most serious situation anyone could imagine.

Conner was diagnosed with Hodgkin’s Lymphoma, and it was bad. Really bad.

“I get some tests done,” Conner said on rapper Mike Stud’s podcast. “I got a tumor surrounding my heart, bro. My heart, I got tumors growing all around it, pressing on it… doctor told me I had about a week left. He said you got about a week if you didn?t get this treated. At the rate it was growing.”

Could you imagine? Conner admitted that if he hadn’t injured his knee, he may never have seen a doctor.

On September 6, 2016, exactly one year after his MCL tear and less than one year after his life-saving cancer diagnosis, a cancer-free James Conner carried the football 17 times for 53 yards, caught three passes for 15 yards, and scored two touchdowns in Pitt’s season-opening victory over Villanova. He finished his junior season with 1,394 total yards and scored 20 touchdowns.

Conner ended his career as the ACC’s all-time leader in rushing touchdowns (52).

After that, he declared for the 2017 NFL Draft, and the rest is history.

If there is any professional football player who deserves to be in the NFL, it’s James Conner. The Steelers’ newest star is an active participant in the community and regularly meets with cancer patients, all of whom are inspired by the rising NFL star.

In 2019, Conner looks to improve on his 1,470 total yards and 13 touchdowns scored in just 12 games played last season. Don’t expect anything less than 100 percent from a young man who’s earned his chance the hard way, and he’s been pure class the entire time.

READ MORE: Doctors Tell Ryan Shazier: “You Might Be Able To Play Again”