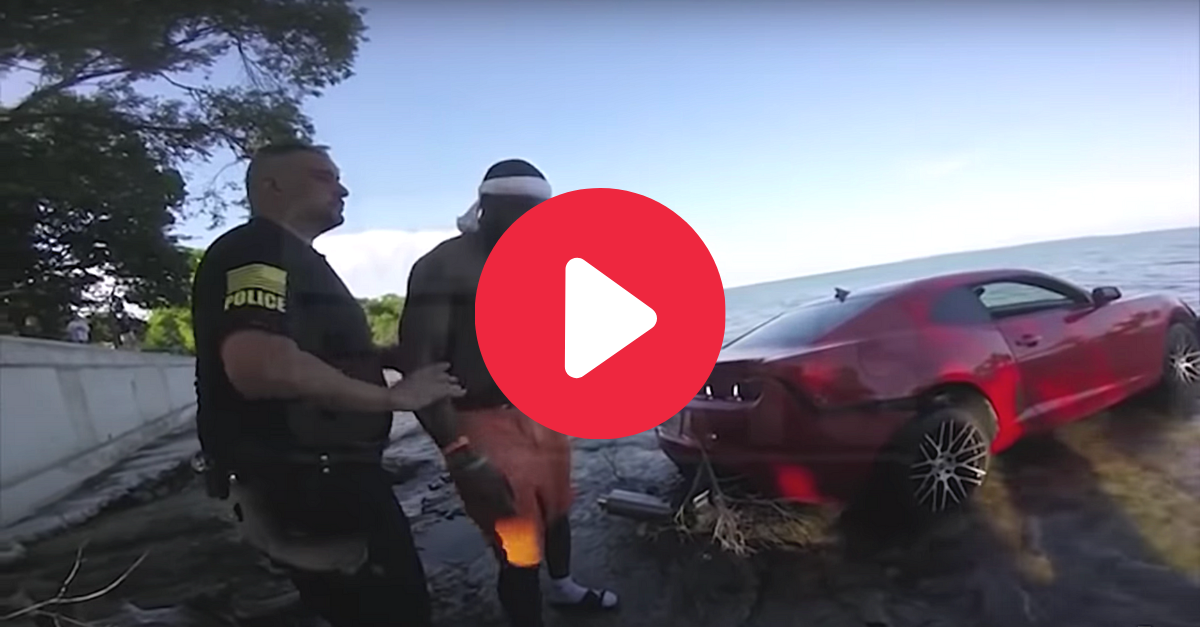 Plenty of NFL players have been arrested for DUI over the years. Marshawn Lynch, Knowshon Moreno and Hines Ward have all been handcuffed for driving under the influence. Former San Francisco 49ers linebacker Aldon Smith likely has trouble counting all the times he’s been arrested for it.

Most of the time, these incidents are pretty standard. The dude stupidly gets behind the wheel after a night out, putting others on the road in danger. They then go to court and if convicted can face jail time, a suspended license and pay fines.

What’s not standard is an NFL player driving his car straight into a lake. As Arizona Cardinals rookie Jermiah Braswell found out, lakes and cars do not go well together.

Cops responded to a call at around 6:30 p.m. on Saturday that someone had driven their car into Lake Erie. What Put-in-Bay police found was NFL rookie and wide receiver Jermiah Braswell in the driver’s seat of his orange Chevrolet Camaro…parked on Lake Erie.

“I don’t even know what happened,” Braswell said while stumbling and slurring his speech, per body cam footage obtained by TMZ Sports.

According to a news release, police said Braswell was still trying to drive forward when they found him. Witnesses and bystanders said they saw the Camaro moving at a high rate of speed through a grassy area before launching off the embankment. How Braswell managed to do that is wild.

Police took Braswell through field sobriety tests and subsequently failed them despite pleading his sobriety.

“Honestly, I play for the NFL…I’m not drunk at all,” Braswell said before his arrest.

Braswell, who was shirtless with a white bandana wrapped around his forehead, then blew into a portable breath test. His blood alcohol content was higher than Ohio’s legal limit and he refused a chemical test, according to The Columbus Dispatch.

Braswell Was Cut By The Arizona Cardinals

Central Catholic grad Jermiah Braswell signed as a free agent with the Arizona Cardinals this weekend.

He was under-recruited coming out of HS. He went to Youngstown State. Worked like crazy. Now, he's at least going to get a shot at his NFL dream and that's all he wanted. pic.twitter.com/YKbF8bb8Hh

Braswell starred at Division III Youngstown State University and Central Catholic high school in Toledo, Ohio. The Cardinals signed him as an undrafted rookie free agent in late April. His stint lasted all but two months, however, as the team cut him on Monday following the arrest.

Let this be a lesson to anyone who enjoys their job, their car and the safety of other people: Call an Uber.