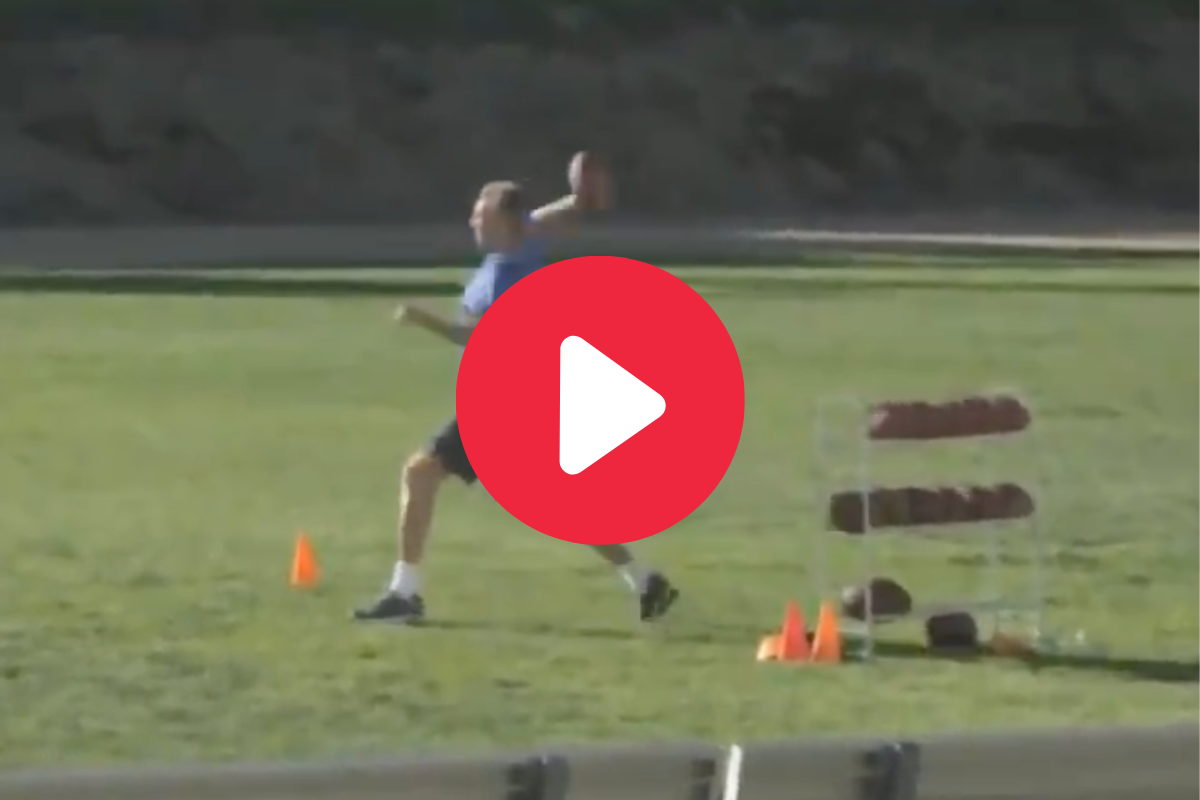 Joe Montana is a vital part of the NFL’s history.

Four Super Bowls. Three Super Bowl MVPs. Two NFL MVP Awards. Plus, he teamed up with Dwight Clark to produce the iconic “The Catch” against the Dallas Cowboys in the 1982 NFC Championship Game.

And those are only a few reasons he’s one of the greatest quarterbacks ever.

Since hanging up the cleats, the 64-year-old San Francisco 49ers legend has kept busy while growing his impressive net worth. It turns out “The Comeback Kid” still has a cannon judging from a video he posted on social media.

still got it #tbt pic.twitter.com/Dz1N6pfyTP

Montana tweeted this video in April 2021 with the caption, “still got it.” The video shows the Hall of Fame QB certainly has a rocket arm even as his hair grays.

The pride of Notre Dame hurled footballs through two tires on a football field. He launched what looked like a 30-yard pass into a garbage can. Next, he began some human target practice by drilling a guy riding a lawnmower and then whoever was “secretly” filming Montana’s private workout session.

“Look out dude!” one guy says.

Here’s the thing: I seriously doubt the video is real.

I don’t doubt Joe Cool can still fire passes like he did back in the day. But doing all that in succession felt a little too unbelievable. After digging into the video, it has all the makings of a viral marketing campaign at the hands of Skechers footwear.

The video was first posted to YouTube under the account name “joecomebackplz” in 2010. In the description lied the first suspicious piece of evidence, a link for Skechers’ Shape-ups shoes. Joe has famously starred in numerous commercials for the company throughout the years.

Then, the rest all but gave it away: “Joe Montana hits this guy in the head while training with the Pierce HS football team. This comeback brought to you by Skechers Shape-ups.”

It wasn’t the only video of Montana the account released either. Here’s one of him drilling a car from about 90 yards away:

Even if the clip is staged or fake, it’s still awesome to see Joe Montana back on the field throwing the pigskin. The NFL great totaled more than 40,000 passing yards and 273 touchdowns over his career with the 49ers and Kansas City Chiefs.

He’ll forever be an all-time legend in 49ers history along with Jerry Rice and Steve Young and is undoubtedly a top-10 quarterback in NFL history alongside Tom Brady and Peyton Manning.

Something tells me “The Comeback Kid” could probably still make a comeback at 64.