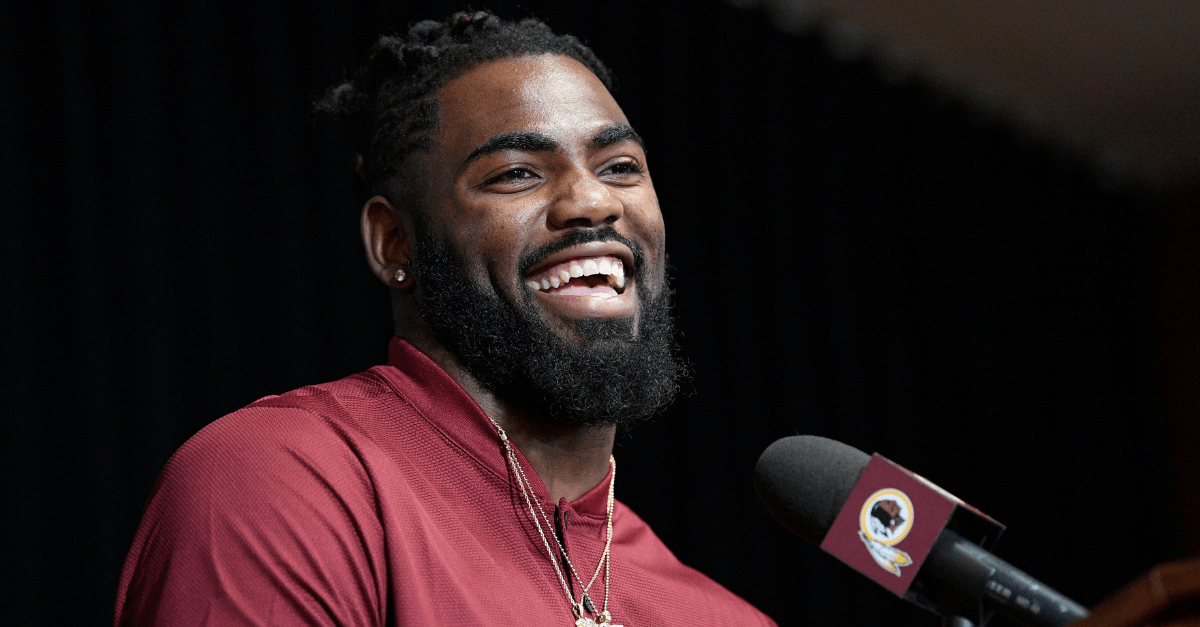 New Washington Redskins safety Landon Collins is still salty about his former team not wanting him. It might not be as much as star wide receiver Odell Beckham Jr., but there’s still plenty of animosity toward the New York Giants, especially general manager Dave Gettleman.

Unlike OBJ, who was traded to the Cleveland Browns this offseason, Collins was an unrestricted free agent for the first time in his career since being selected in the second round of the 2015 NFL Draft. And with three Pro Bowls and a First-Team All-Pro selection before his 25th birthday, he thought he?d stay the Big Blue captain for a long while.

However, Gettleman and the Giants decided not to use the franchise tag on him. They let Collins walk and sign a six-year, $84 million contract with the NFC East rival Redskins this offseason.

Needless to say, the bitterness is real, and NFL Network asked the star safety what would happen if he saw Giants GM Dave Gettleman on the sideline before the Week 4 matchup at MetLife Stadium. His answer to Mike Garafolo at training camp might surprise you.

A Louisiana native and former Unanimous All-American for the Alabama Crimson Tide, Collins says it all with a smile on his face, but you can tell he?s still not over it.

This is one of the best safeties in the game, and the Giants just let the 25-year-old walk away in free agency to a rival?s locker room. The motivation is certainly there to make his presence felt during the first matchup of the season.

?I would try to tell one of my defensive back coaches to throw the ball in that direction and give a nice little thud, a nice little run-over, a quick little ?Uhh,? something like that. I?m going to make it a little subtle, you know? I don?t think he?s got the skill level to stay on his feet.?

Just when you thought it was Eli Manning the team needed to worry about, perhaps the 68-year-old Gentleman might want to avoid pregame warmups on the field, or he might get a little visit from one of his former Giants with a bit of a grudge.