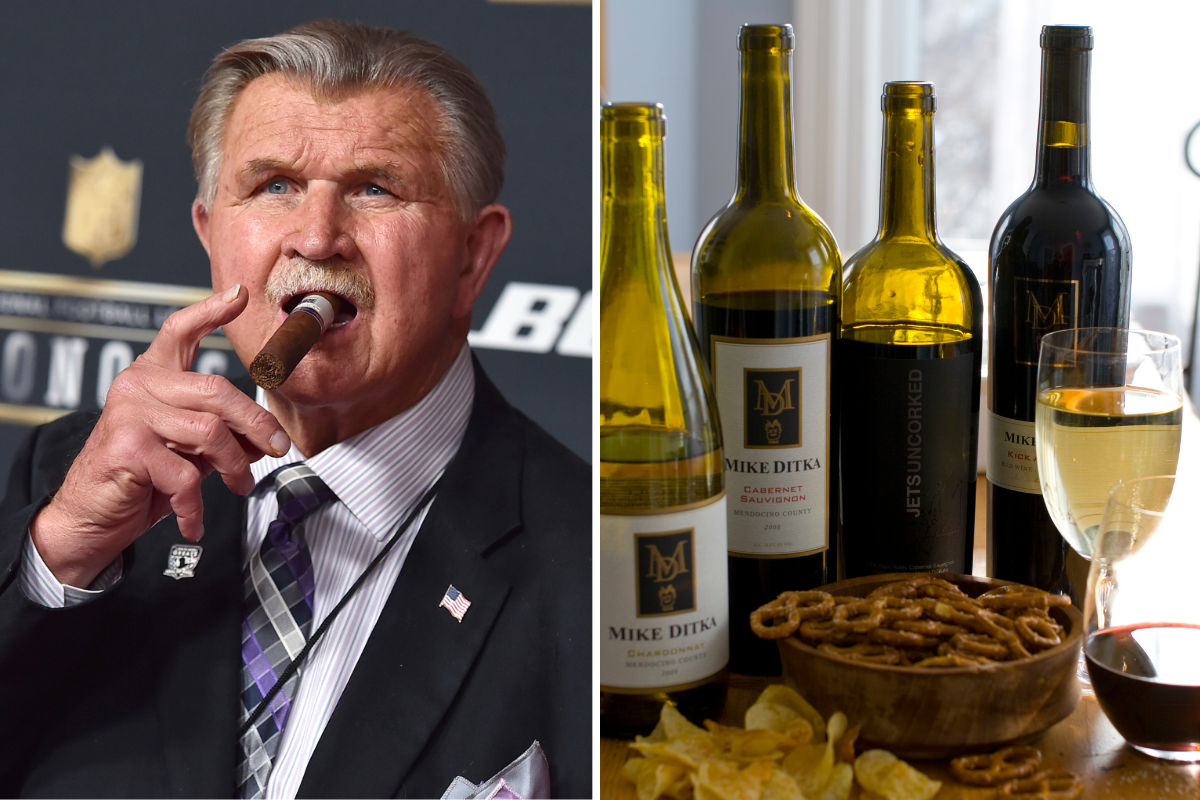 Everyone knows the line, even Tik-Tokers. It’s synonymous with SNL and represents one of the show’s better periods. It’s also synonymous with Chicago and the teams they worship. But if it were synonymous with one man, it would be Da Coach Mike Ditka.

In his adopted city of Chicago, Ditka is a damn diety. The mere mention of his name makes jello-necks jiggle to attention. The idea of disrespecting Mike Ditka is a call to arms. They would do anything for Da Man, even put down their Coors and pick up a petite syrah instead.

Mike Ditka has been selling a variety of California wines by the bottle since 2006. He’s one of several retired athletes classing up tailgating with lines of fine wines. Mike Ditka Wines have seen a re-brand since their launch in 2006, but the name remains the same.

Well… of course it does — that’s what it’s all about. Mike Ditka: Da Bear, Da Coach, Da Vino.

Mike Ditka (aka M.D. or The Doctor) had an incredible NFL career playing tight end from 1961-1972. He split time between Chicago, Philadelphia, and Dallas before retirement.

Ditka Da Coach returned to Chicago in the 1980s and won a Super Bowl in the easy-to-remember ’85 team. Before the reign of Jordan, Ditka was Da Mike you wanted to be like. He retired from the Chicago Bears in 1992.

Ditka Da Retiree resides in the official Pro Football Hall of Fame and the unofficial Windy City Hall of Fame. He’s ventured to New Orleans and California since he left Chicago, which brings us to Da Mike Ditka Cabernet Sauvignon.

To hear Mike tell it, Ditka likes red wine, red meat, and Cuban cigars. Who better to sell a product than a fan?

He got into wine through a Mendocino County winery named Mendocino Wine Company. Ditka thought their offer a touchdown and signed the contract. Mike Ditka Wines (MDW) was born.

MDW began with five offerings: the low-end Mike Ditka The Player Pinot Grigio & Merlot, the mid-grade Mike Ditka The Hall of Famer Chardonnay & Cabernet Sauvignon, and the high-grade Mike Ditka Kick-Ass Red. His wines were noted for their accessibility, which is a sommelier’s back-handed compliment.

Ditka Da Vino became a free agent in 2012. He switched teams to Terlato Wines International, the 1985 Bears of wine distributors. They teamed Ditka up with 2Sons Winery from Rutherford Hill in Napa Valley. This kept Da Coach in SoCal.

MDW underwent a re-brand as part of the deal. Indeed, the updated look is much better.

Are They Any Good?

This guy doesn’t think so, despite Ditka Da Salesman. But, to be fair to Mike Ditka, that sommelier seems like an even bigger asshole than Mike Ditka.

Mike Ditka fans, please send all complaints to my editor. Thank you and Go Packers.

MORE: Drew Bledsoe Made $79 Million in the NFL, But Where Is He Now?