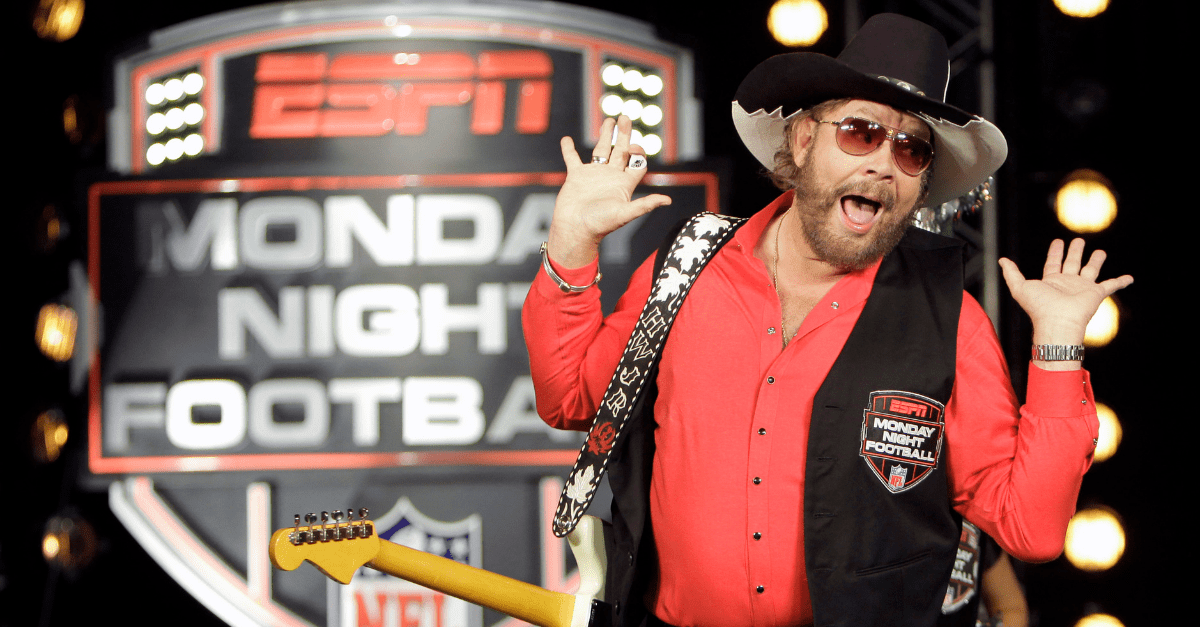 Monday Night Football has been a staple inside living rooms and bars for decades. It puts an emphatic exclamation point on each week during the NFL season. This year will be no different, but it will certainly have a different look and feel to it.

ESPN is making some serious changes in 2020. There will be new announcers for the weekly primetime broadcast and a new theme song. That’s right, the iconic intro by country singer Hank Williams Jr. is gone.

The coronavirus pandemic and COVID-19 outbreak certainly played a role in the decision.

No Rowdy Friends: ESPN won't use Hank Williams Jr. for its "Monday Night Football" open this season. Instead, it will use a Little Richard song. SBD's story: https://t.co/5buqgU7ezs

Since most NFL stadiums will be empty this season, ESPN decided to dump the famous MNF song and replace it once again, according to Sports Business Daily.

The theme song was used from 1989 until 2011 before it was taken off the air the first time. It was removed by the network after Williams Jr. used an analogy comparing then-President Barack Obama and Adolf Hitler as well as comments about then-Vice President Joe Biden on Fox & Friends.

ESPN brought Williams Jr. back in 2017 to perform the song with a new version featuring Florida Georgia Line and Jason Derulo.

“‘Monday Night Football’ has the most famous music video in sports television. It’s time to bring it back,” ESPN senior vice president for events and studio production Stephanie Druley said, via The Washington Post. “The combination of Hank Williams Jr. with Florida Georgia Line and Jason Derulo will get fans excited and ready for kickoff every Monday night on ESPN this fall.”

The second run lasted three seasons before another change was made.

The new MNF theme song is “Rip It Up” by the late Little Richard. It will feature “modern-day instrumentals from a Virginia-based band called Butcher Brown combined with Little Richard’s voice,” according to Sports Business Daily.

From the first doubleheader featuring the Pittsburgh Steelers vs. New York Giants and Tennessee Titans vs. Denver Broncos until the end of the season, and maybe for years to come, expect to hear Little Richard when Monday Night Football telecast comes on instead of Nashville country star Hank Williams Jr.