Moves were the story of the NFL offseason. Russell Wilson moved from the Seattle Seahawks to the Denver Broncos. Matt Ryan moved from the Atlanta Falcons to the Indianapolis Colts. Davante Adams moved from the Green Bay Packers to the Las Vegas Raiders. Tyreek Hill moved from the Kansas City Chiefs to the Miami Dolphins. There were plenty of moves on the sidelines, too. Ten teams hired new head coaches to lead their franchises. Oh, and Dan Campbell moved from awesome to more awesome.

It doesn't stop there. The broadcast booth is where the most drastic moves happened. Jim Nantz and Tony Romo of CBS are the only major broadcast team to remain unchanged from last year. Otherwise, it was NFL commentator musical chairs. Here is a guide on who is calling what game where and on what night. 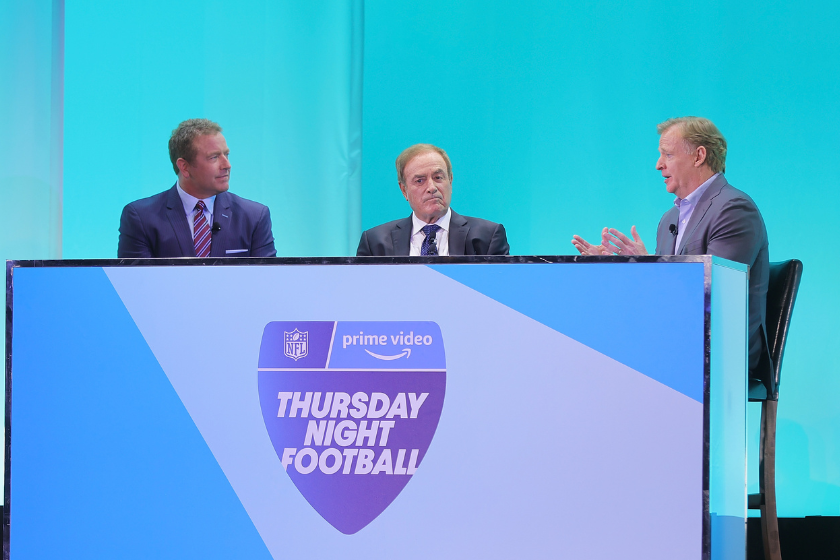 Legendary play-by-play man Al Michaels left his coveted role on NBC's "Sunday Night Football" to team up with college football guru Kirk Herbstreit for Thursday night's primetime game on Amazon Prime Video. The retail giant paid $1 billion to hold the exclusive rights to TNF for the next 11 years. Michaels will reportedly make $10-15 million while Herbstreit's $6 million ESPN salary will reportedly be matched by Amazon. His college football duties at ESPN won't be affected.

Although NBC will broadcast the season opener between the Buffalo Bills and the Los Angeles Rams, Prime Video will host the rest of the Thursday Night Games, starting with the Kansas City Chiefs vs. the Los Angeles Chargers on September 15th.

I'm excited for this team. Michaels is always great, especially in "Baseketball", and Herbstreit has done well when he's called Monday night games on ESPN. 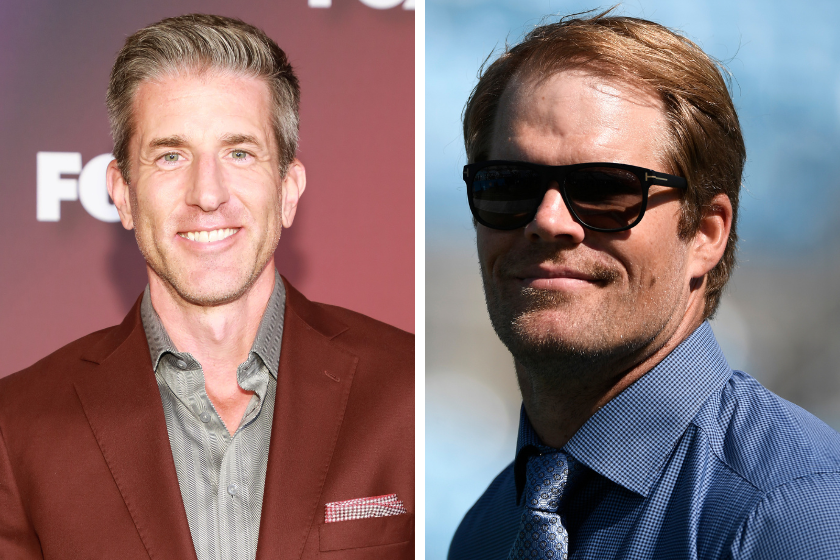 With Fox's longtime A-team of Joe Buck and Troy Aikman now at ESPN, Kevin Burkhardt will be stepping into the play-by-play role while Greg Olsen will take over as the color commentator. Erin Andrews and Tom Rinaldi remain as sideline reporters.

Olsen is allegedly the bridge guy until Tom Brady hangs up the cleats. Brady inked a 10-year, $375 million deal with the network in May that will immediately make him the network's lead NFL analyst once he retires.

Until then, Burkhardt, Olsen, Andrews and Rinaldi will be the crew for Fox's mid-afternoon game and will call Super Bowl LVII in Glendale, Arizona.

The NFL on CBS 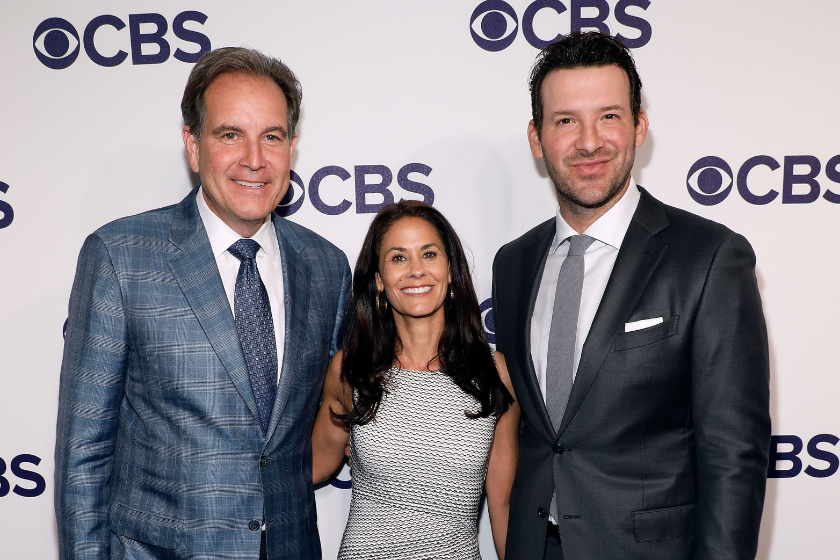 The outliers of the group, Jim Nantz and Tony Romo return for their sixth season together on CBS. Tracy Wolfson returns as the sideline reporter as well. 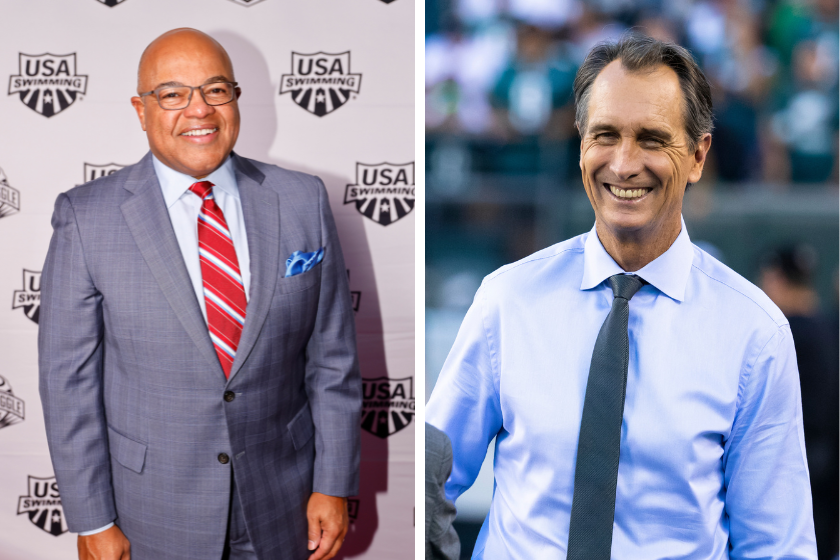 RELATED: Cris Collinsworth's Slide-In is Beloved By Everyone, But Why Does He Do It?

Mike Tirico replaces Michaels as the play-by-play announcer while Cris Collinsworth will stay on as the lead color analyst. Tirico has plenty of experience calling big games. He was the lead announcer for ESPN's Monday Night Football for 10 years and has filled in for Michaels on SNF on multiple occasions.

Collinsworth slides into his 14th season as the color commentator. 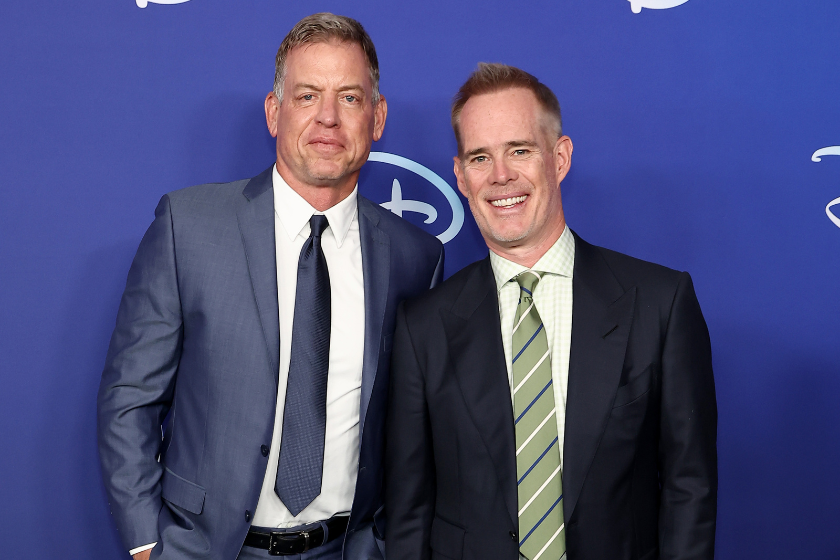 ESPN has had trouble finding a consistent team for their Monday Night Football coverage in recent years. Joe Tessitore, Jason Witten and Booger McFarland were.....yeah, not great. Steve Levy, Brian Griese and Louis Riddick were fine, but nothing to write home about. So, the Worldwide Leader in Sports poached Joe Buck and Troy Aikman from Fox, where the two served as the network's No. 1 NFL broadcast team for 20 years.

Buck is set to earn around $15 million per year while Aikman will take home $18.5 million. The pair is locked in for five years.

MORE: The Best Fantasy Football Platform: How Each Site Stacks Up Against the Rest