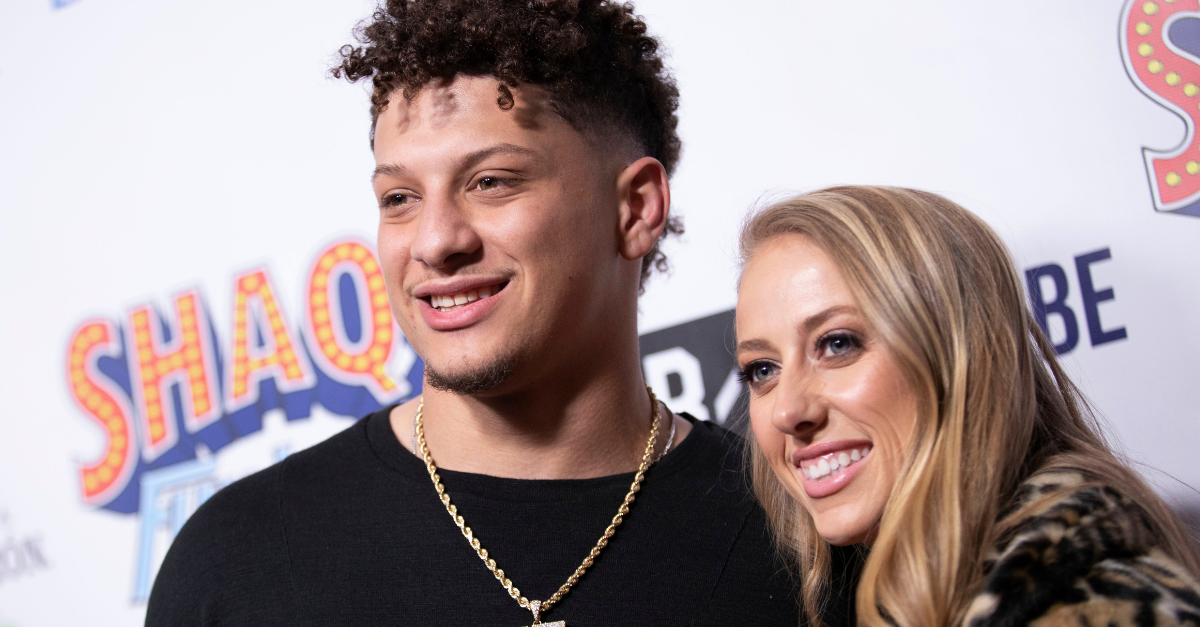 If you are a Kansas City Chiefs fan, here is finally a piece of great news: star quarterback Patrick Mahomes, the reigning NFL MVP, the Madden NFL 20 cover athlete, the ketchup-loving king of football, has bought a new house in the area. It?s big, expensive, and shows he?s possibly ready to stay for a very long time. The only problem is the entire community now knows exactly where he lives.

When someone buys a house, no matter where you are in the country, it is likely public record. So the fact the Kansas City Business Journal reported the 23-year-old quarterback purchased the 3,759-square-foot home near Mission Hills Country Club is no big deal. Neither is reporting he spent $1.9 million for it. People can figure out the exact house with Jackson County Property records, but one television station took it way, way, way too far for some.

KMBC 9 ? the ABC affiliate for the KC area ? decided it would be just fine to tell their viewers his address. This is not a drill. Perhaps the most famous person in the entire city had his new address leaked to the general public and people were not happy.

I can’t believe that Channel 9 KMBC just talked about Patrick Mahomes’s new house cost and gave out his address … that it totally irresponsible … SHAME on you guys!!! Then you wonder why guys hesitate to stay here even know KC is such an awesome place to raise your kids!

I could be wrong but I've never seen a TV station (KMBC9) just let everyone know where a high profile athlete lives. Patrick Mahomes deserves some privacy. He moved from his last residence for this very reason. Bad idea. He cannot be happy.

An upgrade from a condo at the Country Club Plaza is well deserved for Mahomes. He has earned the right to own the house with three bedrooms, three bathrooms, a chef?s kitchen, a swimming pool and a hot tub, all amenities reported by the Business Journal. The 6-foot-3 quarterback also deserves a little bit of privacy.

Saying Kansas City Chiefs quarterback Patrick Mahomes bought a new house is cool. But giving out his address? There?s certainly a gray area here, but it?s hard telling what good could be accomplished by doing so.

Privacy. Learn it people, 0 respect for people who don’t understand that

?Privacy. Learn it people, 0 respect for people who don?t understand that,? she tweeted.

Patrick Mahomes is a public figure in Kansas City. He has been ever since he was a first-round pick (No. 10 overall) in the 2017 NFL Draft out of Texas Tech. Everything he does will be in the spotlight, from the restaurants he eats at to playing in the AFC Championship Game against Tom Brady and the New England Patriots at Arrowhead Stadium.

Nobody should be thrilled about this. You know head coach Andy Reid can?t be. The Chiefs are trying to get to the Super Bowl after ushering in their new draft picks, including Mecole Hardman, Juan Thornhill, and Khalen Saunders. These distractions aren’t necessary.

Let?s just hope nobody goes around knocking on the door of his new home when his family moves in.

READ MORE: Ever Heard of ?NFL SuperPro?? Marvel Comics Hopes You Never Do