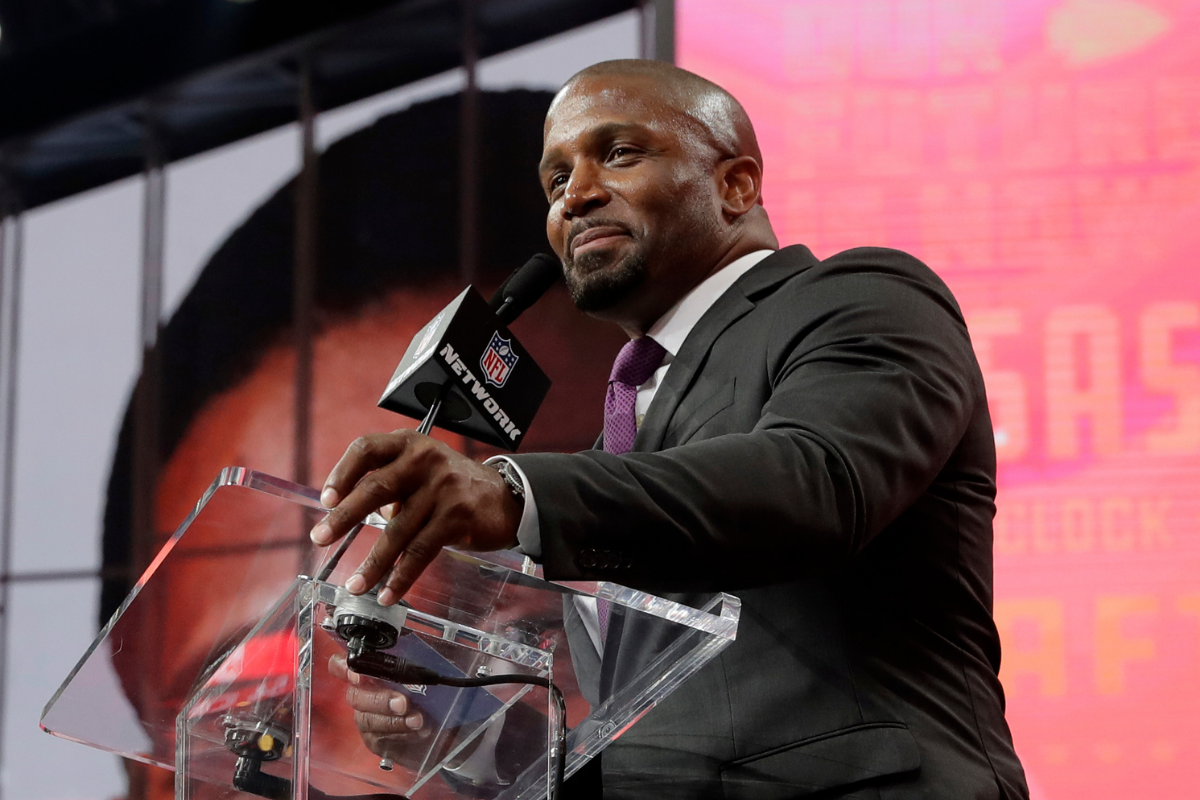 Priest Holmes was one of the most dominant running backs in the NFL during his prime and enjoyed successful stints with the Kansas City Chiefs and Baltimore Ravens.

Holmes was racking up offensive highlights on the gridiron from 1997-2007 before injuries put a premature end to his career.

While Holmes is no longer featuring as one of the league’s most dangerous backfield weapons, he retired as one of the most memorable running backs in the game.

So, what is Holmes up to nowadays?

Priest Holmes was born in Fort Smith, Arkansas, but grew up in San Antonio, Texas and attended John Marshall High School, where he led his football team to a state championship game.

His successful high school career landed him an opportunity to play college football at the University of Texas at Austin.

Holmes spent four seasons at Texas but never really stuck out as a star, rushing for more than 500 yards just one time. In total, Holmes finished his collegiate career with 20 touchdowns and 1,276 yards. He earned Sun Bowl MVP honors after Texas’ victory against North Carolina in 1994.

Holmes suffered a knee injury that cost him the 1995 campaign, and ultimately relegated him to third-string running back on the depth chart after the emergence of Ricky Williams.

After ending his tenure with the Longhorns, Holmes declared for the NFL Draft, but he ended up going undrafted after a poor showing at the NFL Combine.

Priest Holmes had quite the career after going undrafted in 1997. (via @nflthrowback)

Despite being undrafted in 1997, Priest Holmes got a chance with the Baltimore Ravens.

He didn’t play much in his first season, featuring mainly on special teams as he was behind Earnest Byner on the depth chart.

However, Holmes’ second year with the team was a breakout campaign that saw him rush for 1,008 yards and score seven touchdowns.

Holmes played four total seasons in Baltimore, and managed to win Super Bowl XXXV with the franchise in 2000 against the New York Giants as the backup running back to Jamal Lewis.

Following his championship in Baltimore, Holmes made the move to Kansas City in the offseason as a free agent to playunder head coach Dick Vermeil.

With the Chiefs, Holmes emerged as a superstar, earning three-consecutive Pro Bowls and All-Pro selections.

In 2002, Holmes was named AP Offensive Player of the Year after he recorded 21 rushing touchdowns, 1,615 rushing yards, 2,287 yards from scrimmage and 24 total touchdowns. He followed his 2002 season up by scoring 27 rushing touchdowns in 2003.

Holmes played in just eight games in 2004, missing the latter half of the season with a knee injury. The injury bug bit hard again in 2005 after a spinal injury forced him to miss nine games, as well as the entire 2006 season.

During Holmes’ extended absence, fellow running back Larry Johnson stepped into the starting role, and maintained it even when Holmes returned to training camp in 2007.

After logging just 46 snaps in 2007, Holmes announced his retirement.

Nowadays, the former football player is focused on the Priest Holmes Foundation, which aims to help young students maximize their potential and achieve success. He founded the organization in 2005 while he was still a member of the Chiefs.

Holmes has been inducted into the Chiefs Hall of Fame, as well as the San Antonio Sports Hall of Fame and the Texas High School HOF.

Despite his stellar prime, Holmes has yet to be inducted into the Pro Football Hall of Fame in Canton, Ohio.

According to reports, Holmes boasts an estimated net worth of $15 million.