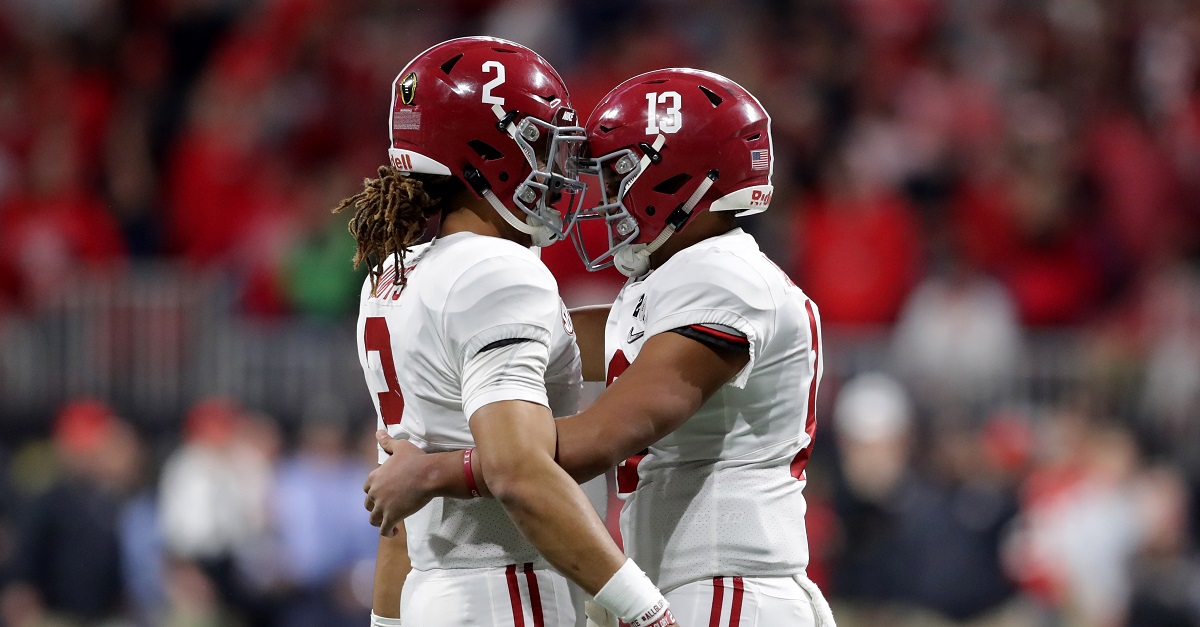 There may never be two quarterbacks on the same team quite like Jalen Hurts and Tua Tagovailoa. On one hand, you had the incumbent starter and elite, dual-threat quarterback who’d led his team to back-to-back College Football Playoff National Championship Games as a true freshman and sophomore. On the other, you had the left-handed gunslinger who came off the bench to lead the Alabama Crimson Tide to a national title, ascending him to superstar status with only one half of football.

The former teammates under Nick Saban remain supporters of each other despite going their separate ways, and ahead of both turning pro in the 2020 NFL Draft, they teamed up one more time.

Tagovailoa and Hurts are members of “Team Gillette” and co-starred in a commercial showcasing their draft preparations during the coronavirus pandemic and spread of COVID-19. Along with former Notre Dame tight end Cole Kmet and Cal safety Ashtyn Davis, the newest ambassadors to the Gillette family showed off their unique workouts at home.

The commercial’s tagline? “Every Day Is Gameday.”

Hurts: “We’re just in unprecedented times right now. You’ve got to make the most of what you have. You know, go to work.”

Kmet: “This situation, it is what is is.”

Tagovailoa: “The mindset going into the draft hasn’t changed.”

Davis: “Come out on the other side of this thing a better version of you.”

The infamous right hip injury prematurely ended former Alabama quarterback Tua Tagovailoa’s college football career in Tuscaloosa, but not before setting numerous school records and earning All-American honors back in 2018 when he finished second in the Heisman Trophy voting behind Kyler Murray.

Hurts turned to the Oklahoma Sooners as a graduate transfer, racking up over 5,000 total yards and 50 touchdowns for Lincoln Riley’s squad. The Sooners fell to LSU and Heisman winner Joe Burrow in the Peach Bowl, which was Hurts’ fourth-straight season playing on a CFP final four team.

Kmet played both college baseball and football for the Fighting Irish. He was named to the Mackey Award Watch List as one of the nation’s premier tight ends, and the 6-foot-6 Illinois native is expected to the first or second TE picked in the 2020 draft.

Davis played in 48 of 50 possible games during his four years with the California Golden Bears. He recorded 171 tackles and seven interceptions on defense and logged 1,758 all-purpose yards, primarily as Cal’s kick returner. He was a four-time All-American and Pac-12 champion as a member of Cal’s track and field team.

This foursome bring different paths to Team Gillette, but all of them know that hard work and dedication is part of the everyday grind.

MORE: Classic Peyton Manning Commercials Prove He Can Sell Anything