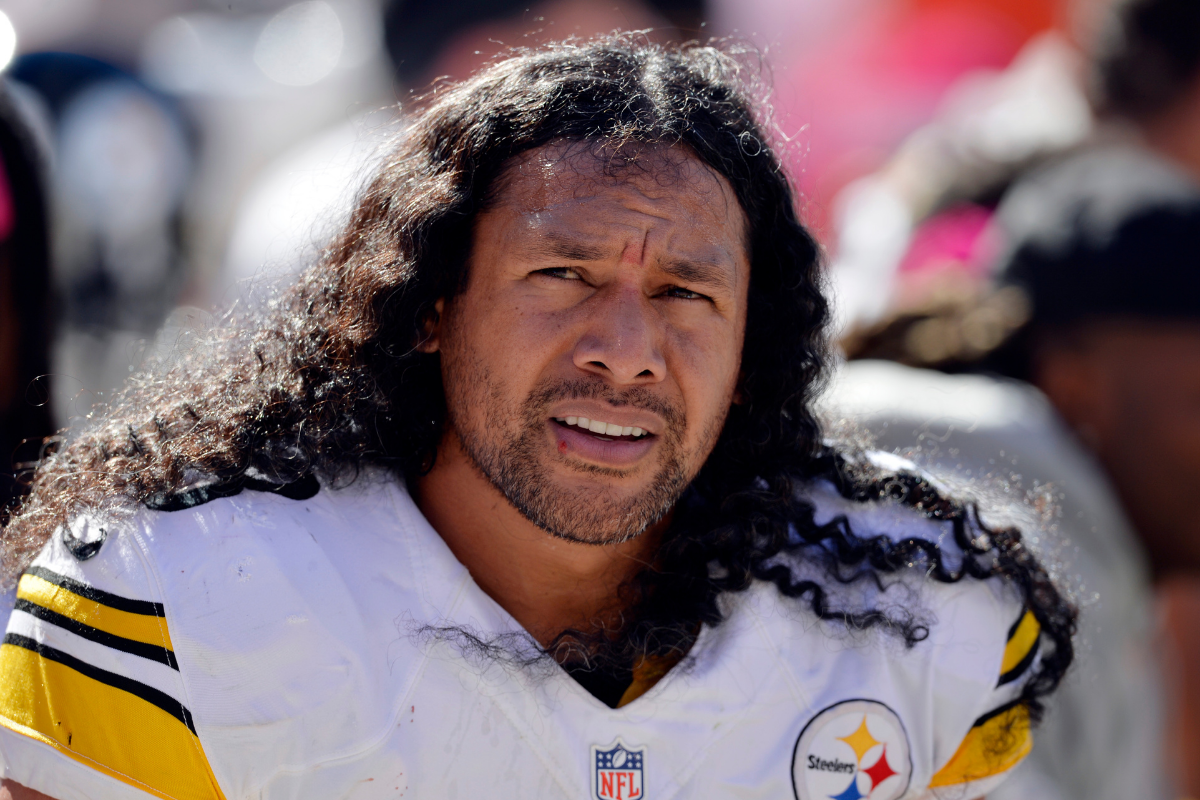 Former Pittsburgh Steelers safety Troy Polamalu was one of the most feared defenders in football throughout his career, having manned the secondary at Heinz Field for 12 years.

While Polamalu laid down some brutal hits and came up with some huge interceptions as an NFL player, the most noticeable thing about the Samoan strong safety might just be his hair.

Nearly impossible to ignore due to its length, curls and overall volume, it’s impressive Polamalu was able to put on his helmet and face mask amid all that hair.

Polamalu’s hair was a frequent conversation among Steelers fans since he broke into the NFL in 2003 as first round pick out of USC.

RELATED: Brian Urlacher Has Hair Now, And He Looks So Different

Troy Polamalu’s hair was one of the most marketable aspects of the Pro Bowl safety’s game, so it only makes sense that he would strike endorsement deals with some hair product and shampoo companies. The football player’s main endorsement during his NFL career was Head & Shoulders shampoo, who utilized his long hair in order to market their product.

According to the Associated Press and ESPN, the two-time Super Bowl champ and Head and Shoulders had an agreement that saw Polamalu’s hair receive a one million-dollar insurance policy, which was obtained via Lloyd’s of London.

Yep, that’s right. Polamalu’s hair alone was worth more than many people will ever see in their lifetime, and the shampoo company was out to protect its prize investment. That’s not all. Polamalu’s locks were the highest-insured hair on Earth according to the Guinness World Records.

It was never explicitly stated what needed to happen in order to anyone to collect on the policy, but throughout the Polamalu’s career there were multiple incidents of opposing players grabbing his hair to bring down the Hall of Fame safety.

Kansas City Chiefs running back Larry Johnson once dragged Polamalu down by his hair during an interception return in 2006.

Yeah, he was a decent player. #HereWeGo #Steelers pic.twitter.com/p73Mh2JFWY

Other players have experienced similar instances of being tackled by their hair. Former Indianapolis Colts running back Edgerrin James admitted he cut his hair in order to alleviate the issue. That wasn’t a length Polamalu was willing to go to.

In a 2011 interview with glamour.com, Polamalu revealed he went through a “grunge” phase during his time at USC, during which his hair became part of his identity. Polamalu also claimed that he shampooed and conditioned his hair every other day during the regular season, but tones it down to once a week during the offseason.

Managing hair like that is surely a nightmare. Hell, even the hair on Polamalu’s statue at the Madame Tussauds wax museum in New York was reported to have taken over twice as long to replicate as any other figure in the museum, so dealing with the real thing can’t be an easy task.

In 2013, following his retirement from the NFL, Troy Polamalu shockingly decided to cut his hair for the first time in 11 years. Polamalu cut his hair during the Veterans of Foreign Wars’ Mane Event at Heinz Field in effort to bring awareness and offer aid to alleviate veterans’ struggles.

While he didn’t remove a lot of hair, the gesture was still touching considering he hadn’t cut his hair in over a decade.

For all the work Polamalu put in on the field, acting as a walking nightmare for Steelers rivals such as the Baltimore Ravens, Philadelphia Eagles, New England Patriots and Dallas Cowboys, the strong safety’s hair may just be the most impactful aspect of his legacy.

That says a lot when discussing a Hall of Famer who won two Super Bowls and made eight Pro Bowls.