When you have a league that's been around as long as the NFL, it's no surprise that a sport like professional football would have a lot of strange happenings and goofy plays throughout its history.

But which are the weirdest moments? Which are so strange they deserve special mention? We're not talking here about the obvious cases, like any time an offensive or defensive lineman has recovered a fumble and run it back for a touchdown. We're not talking about the Tampa Bay Buccaneers' winless season or Scott Norwood's "wide right" field goal attempt or the Cleveland Browns' entire history.

We're looking for the good stuff, the best of the best when it comes to absurd NFL moments. This is what we've got.

The 10 Weirdest Moments in NFL History 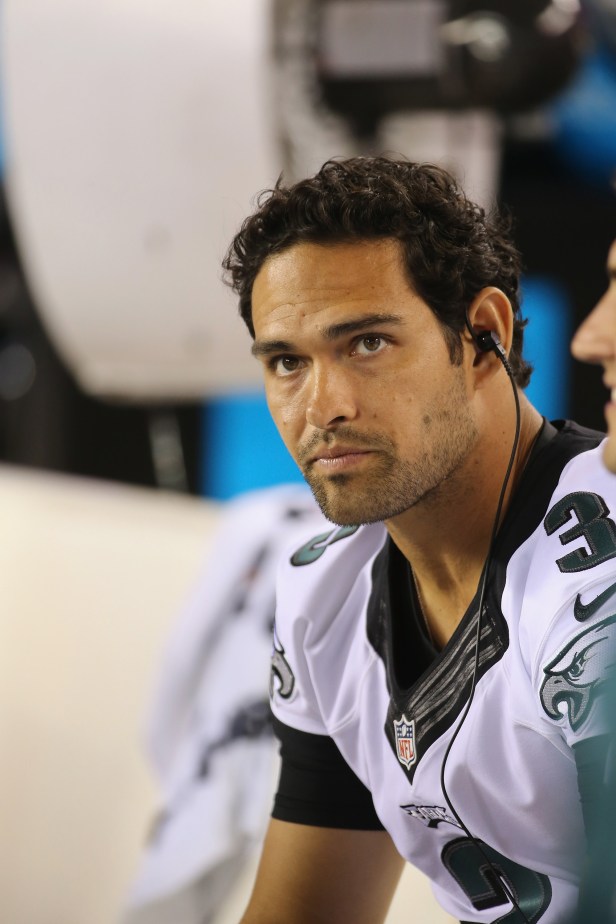 As if this list could exist without this entry. The 2012 season was a bit of a low point for the New York Jets in what can charitably be called a two-decade-long low point. It was never worse, however, than in the Thanksgiving Day game against the New England Patriots, when quarterback Mark Sanchez did something so infamous it now has its own wikipedia page.

On 1st and 10 from their own 30, Sanchez snapped the ball then completely botched a designed fake-toss/hand-off. Trying to get whatever he could out of the broken play, Sanchez rushed forward...and slid face-first directly into the ample posterior of his own right guard Brandon Moore. The ball popped loose and the Pats recovered the fumble for a touchdown as the NFL was gifted with maybe the funniest play in league history, and ESPN was contractually obligated to run the highlight at least once per day for the following five years. 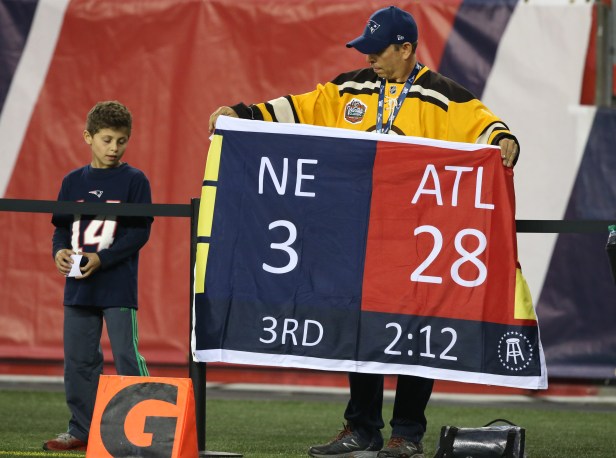 Early in the 3rd quarter, the Falcons held a 28-3 lead over the New England Patriots. No team had ever come back from being down more than 10 points during a Super Bowl. Then everything that could go wrong for Atlanta did go wrong and the team suffered the biggest collapse in NFL postseason history. Fun tidbit: this was also the first time a playoff team had ever lost after returning an interception for a touchdown.

8. The Clock Runs Out On Minnesota 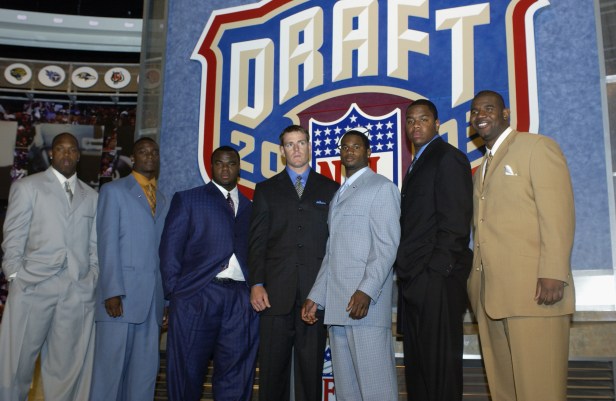 A lot of teams in NFL history have made a lot of dumb mistakes with their draft picks, but it's possible no team has ever made a bigger oopsie than Minnesota did during the 2003 NFL Draft.

Looking to trade down from pick No. 7 of the first round, the Vikings apparently forgot that they had a draft clock...which ran out on them. The Jacksonville Jaguars and Carolina Panthers, picking eighth and ninth, quickly made their selections before the Vikings even realized what had happened. They finally did make their selection, but when you get clowned on by the Jaguars, your franchise really should just be folded altogether. 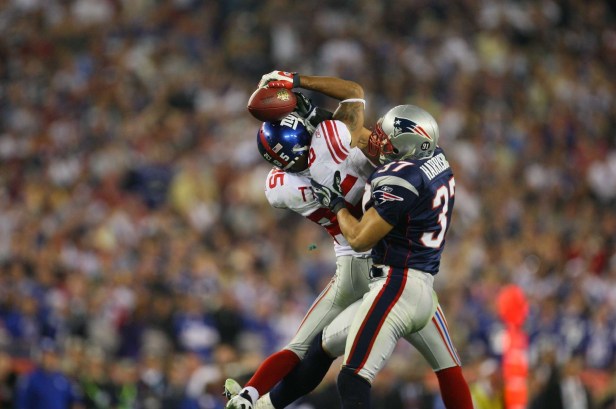 For what felt like two decades, the Patriots were unbeatable in the Super Bowl -- unless they were facing the New York Giants. Twice in the biggest game of the season, the Patriots somehow lost to Eli Manning, a man who looks like he has to label his shoes "L" and "R" so he doesn't have to ask for directions.

Never was this more unbelievable than in 2008, when Manning and seldom-used wide receiver David Tyree made the most unbelievable throw-and-catch in NFL history. Trailing by 5 on third and five with 1:15 remaining, Manning somehow escaped unbelievable pressure and hurled the ball over Tyree's head. Tyree reached up, pulled it down -- and somehow the ball appeared to have magnets in it, becoming impossibly stuck to his helmet. The Pats lost, and the play became a Super Bowl legend. 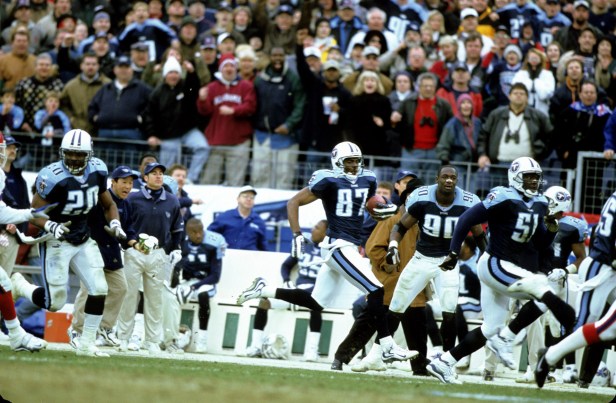 Certain plays get hyperbolic nicknames and never quite earn them. This one? It earned it. With 16 seconds left in their 2000 playoff game against the Buffalo Bills, the Tennessee Titans were set to receive a kickoff trailing 16-15.

Fullback Lorenzo Neal caught a pooch kick, then, in a designed play, handed the ball to tight end Frank Wycheck, who ran to the far right side of the field. When the Bills all ran towards him, he threw the ball laterally all the way across the field to wide receiver Kevin Dyson, who then ran 75 yards for the touchdown. It would be 17 seasons before the Bills would make the postseason again -- the longest playoff drought of any team in any of the four major North American pro sports leagues. The Titans, meanwhile, went on to lose the Super Bowl to the St. Louis Rams in the famous "one yard short" game. 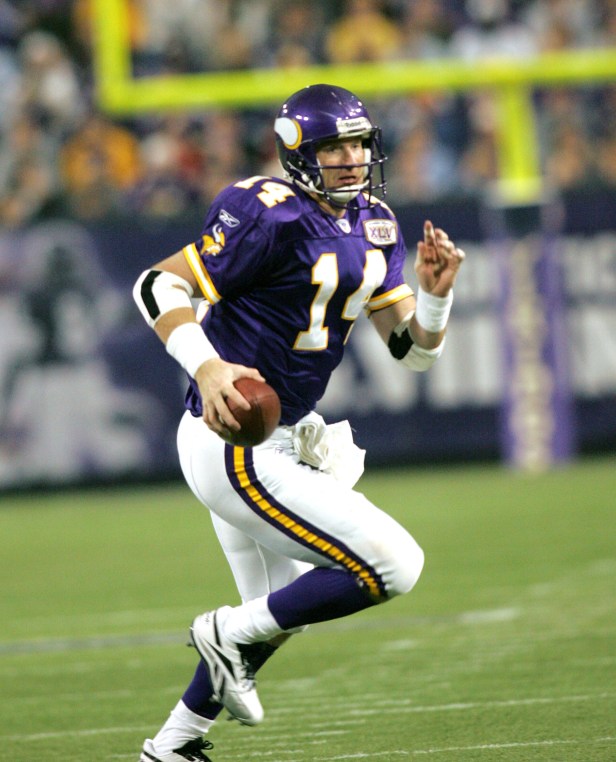 A lot of these plays altered the course of championships and changed NFL history. This one was just silly. Early in the fourth quarter of a midseason game against the Panthers, Minnesota Vikings quarterback Brad Johnson dropped back to pass, deep in Carolina territory. His throw was batted down by a Panthers lineman...directly back into Johnson's hands. Thinking quickly, Johnson bolted for the suddenly wide open endzone. Plays don't have to be consequential to be extremely interesting. 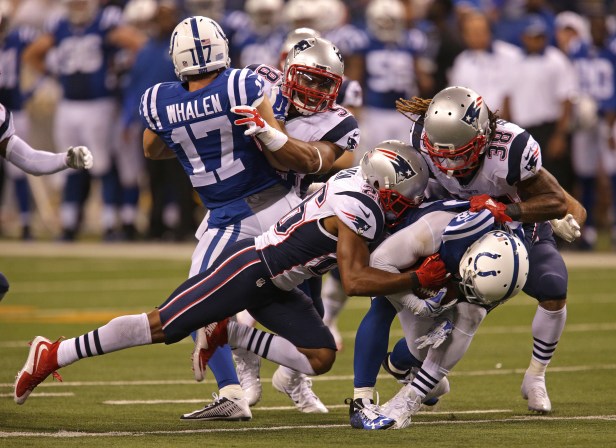 During Peyton Manning's tenure as QB, the Colts did a lot of weird stuff at the line of scrimmage, but the weirdest play they ever pulled was a half-decade after he left. During a Week 6 game against the Patriots in the 2015 NFL season, the Colts went for it on 4th Down, lining up in a truly bizarre (and truly illegal) formation where the everyone other than a wide receiver and a safety lined up far to the right, ready to snap the ball. It was intended to pull the Patriots offside...but then the Colts actually snapped the ball. It did not go well for them.

3. When the Bears Tied...Three Games in a Row 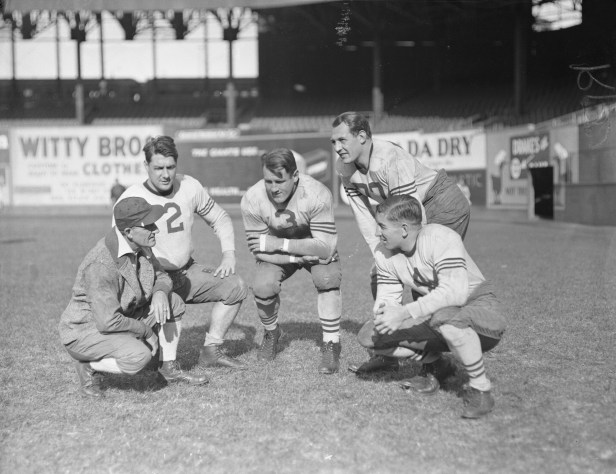 Mark this down as the thing we're least likely to ever see again in the NFL. Ties used to be far more common in the league, but even by those standards, this was wild. In 1932, the Chicago Bears tied in three straight games. You'll see a linebacker take the field in a tutu before you see anything like this. It's unclear how NFL players and fans would respond to something like this now, but my guess is it would involve heavy rioting. 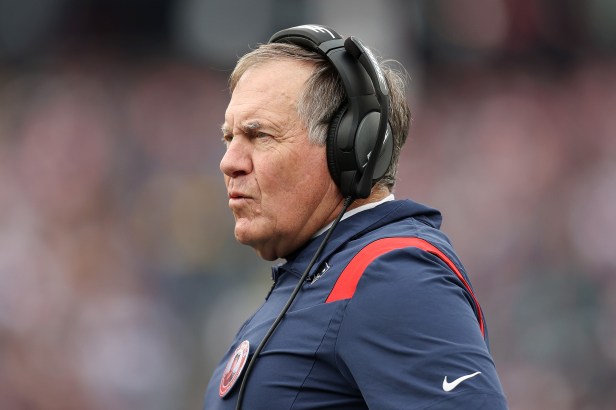 If you win the coin toss in overtime, you take the ball. That's an immutable law of the football universe. But when a 2015 regular season game between the New England Patriots Belichick and the New York Jets went to overtime, Bill Belichick decided he'd had enough of the standard rules of logic and sanity.

He elected to kick off...and then the Jets scored a touchdown to win the game outright. Belichick is involved with half the entries on this list in some capacity, so it's kind of fitting the longtime Pats coach is also here for the most inexplicably dumb move of his coaching career. 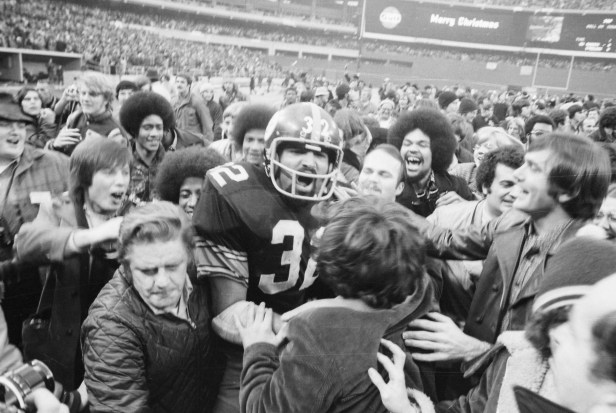 There's a reason this is the most famous play in Pittsburgh Steelers history, and it didn't even happen during a Super Bowl. In the last 10 seconds of the AFC Divisional Round of the 1973 playoffs with his team trailing 7-6 to the Los Angeles Raiders, Steelers quarterback Terry Bradshaw threw a pass attempt to running back John Fuqua. The ball either bounced off of Fuqua's hands or the helmet of Raiders safety Jack Tatum -- either way, it wasn't going anywhere. Until, that is, Steelers fullback Franco Harris scooped the ball out of the air an inch from the dirt and ran it back for a touchdown. As someone who lives in Pittsburgh, trust me: they still haven't stopped talking about this.

MORE: 10 Professional Athletes Who Defied the Laws of Physics