“Rowdy” Roddy Piper: One of the Best Promo Cutters In Pro Wrestling History 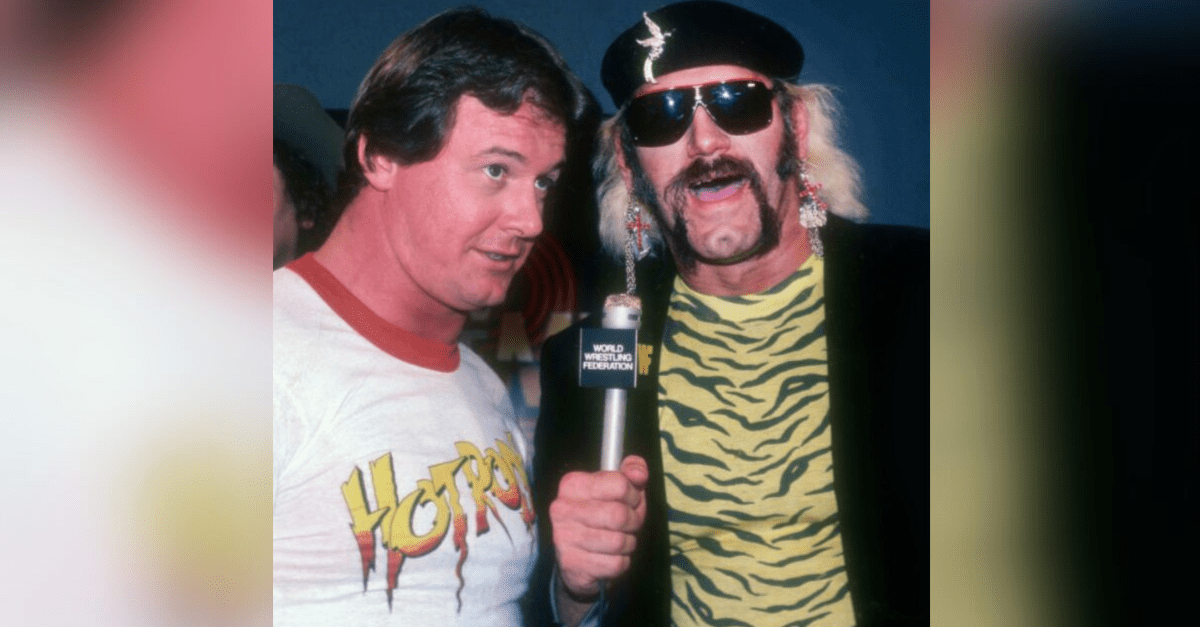 “Rowdy” Roddy Piper, born Roderick George Toombs in Saskatoon, Saskatchewan, Canada, was undoubtedly one of the best promo cutters in pro wrestling history. The legendary “Hot Rod” became popular for his memorable moments holding a microphone, most notably during his WWF segment, The Piper’s Pit. This segment was used not only for Piper to rattle off what was on his mind, but it also was a platform to commence WWE feuds.

Starting his career as a wrestler in the Canadian circuit before debuting in the American Wrestling Association and National Wrestling Alliance, it took a few years for Piper to ascending further up the ladder, winning the NWA World Light Heavyweight Championship in 1977. His career began to launch even more when he started competing for the Pacific Northwest promotion, winning the World Championship for the first time in 1979.

Piper’s popularity continued to rise in the early 1980s, as he defeated Ric Flair for the NWA United States Heavyweight Championship. He continued to be a prominent figure for the NWA promotion, feuding with names such as Dusty Rhodes, Wahoo McDaniel, and Jay Youngblood, defeating Steamboat for the Mid-Atlantic Heavyweight Championship in 1981. One of the most memorable moments of his career during this time was his infamous Dog Collar Match against Greg Valentine at Starrcade 1983.

In 1984, Piper started his career with World Wrestling Entertainment, and here is where he began to cement his status as a wrestling legend. In his first year, Piper feuded with Jimmy Snuka, and even Hulk Hogan for the WWE World Heavyweight Championship. In quick fashion, Piper became one of the biggest bad guys in the company, even being a part of the main event of WrestleMania I. In this event, Piper teamed with Paul Orndorff (with Bob Orton in their corner) in a losing effort against Hulk Hogan and Mr. T (with Jimmy Snuka in their corner).

Leading into WrestleMania in 1985, Piper headlined the War to Settle the Score in New York inside the Madison Square Garden, but was unable to capture the WWE title. This event was spawned out of WWE’s partnership with MTV at the time, which gave Piper an even greater mainstream presence. Piper also main-evented the New York City portion of WrestleMania 2 against Mr. T., while the other locations (Chicago and Los Angeles) featured Andre the Giant winning a battle royal, and Hulk Hogan defeating King Kong Bundy in a cage match. He was also a part of WrestleMania III in a hair vs. hair match against Adrian Adonis.

RELATED: 10 Wrestlers We Loved From the 1980’s Golden Age

Piper Uses Gift of Gab for Wrestling and Movies

Also, in WWE, Vince McMahon made a stronger emphasis on his “Rowdy” character, wearing a kilt and entering the arena with a theme song filled with bagpipes. This is also where his segment, The Piper’s Pit interview segment, became an ongoing feature on WWF programming. There were several moments in the pit which were memorable, with one beginning his interview with enhancement talent Frank Williams. Here is where he coined one (of many) of his phrases, “just when they think they got the answers, I change the questions.”

Piper, during his time with WWE, also won the Intercontinental Championship from The Mountie in 1992, before losing it to “Hitman” Bret Hart at WrestleMania 8. He returned to WCW and engaged in a major feud with Hulk Hogan and the nWo, and also a tenure in TNA before returning to be an inductee into the WWE Hall of Fame in 2005. Interestingly, during the close of his career, Piper won the WWE Tag Team Championship with Ric Flair at the age of 52.

In addition to a professional wrestling career that led him to be a WWE Hall of Famer, Piper also used his gift of gab to have an acting career in Hollywood, starring in movies including Body Slam, They Live, and Tag Team, as well as a guest in TV shows such as Silk Stalkings, Highlander, Robocop: The Series, and Walker: Texas Ranger, among others.

In 2006, Piper was diagnosed with Hodgkin’s lymphoma and passed away in 2015 at the age of 61. As both a professional wrestler and an actor, Piper’s charismatic personality has influenced several former and current WWE superstars, most notably Ronda Rousey, who has donned her “Rowdy” nickname and attire to honor him.