Seth Rollins is Now Officially a Heel: What’s Next? 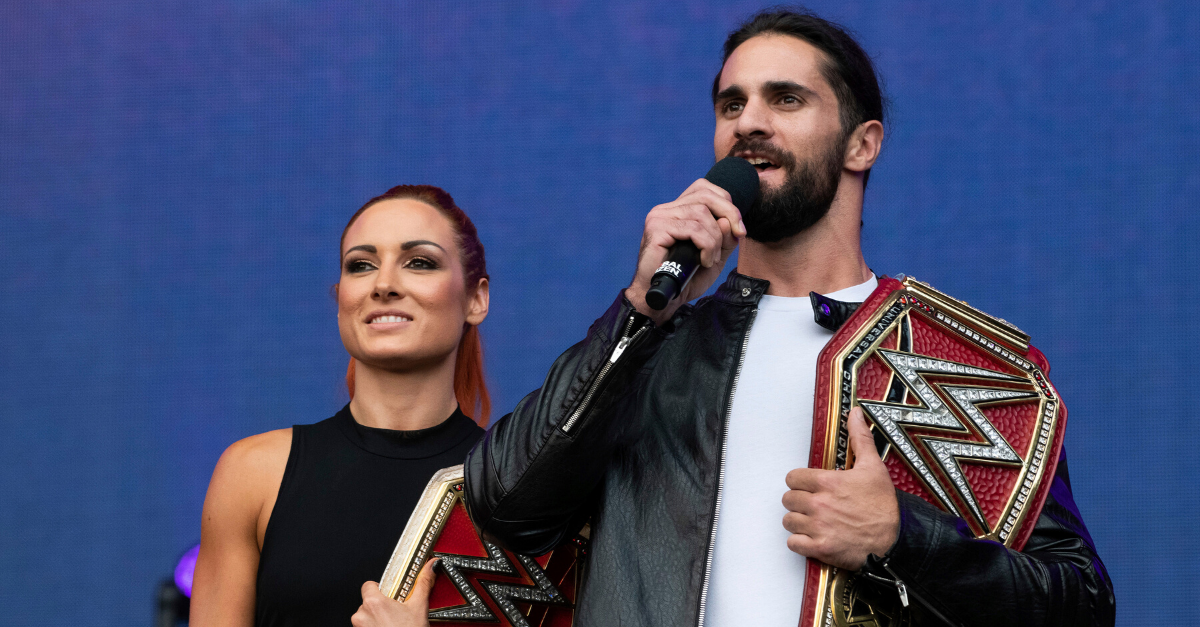 On a recent episode of Monday Night Raw, Seth Rollins official cemented his heel turn after giving Kevin Owens a curb stomp backstage. Owens was attacked by the AOP earlier in the evening, and was given the pipe by Rey Mysterio to act as an equalizer.

Owens, in his attempt to find AOP, found the black van they had been entering in with. After destroying the windows with the pipe, he was able to get into the black door. Someone dressed in black was sitting slouched down in the back seat, but AOP grabbed Owens from behind before he was able to get to him. After AOP attacked Owens, the man in black turned around, revealing himself as Seth Rollins. He then performed his curb stomp on Owens on the cement ground, making his heel turn official.

For several weeks, Owens believed that Rollins was aligned with Akam and Rezar, but Rollins denied it. However, after Rollins’ attack, the alliance was undeniable. Following this attack, Rollins walked out to the ramp, cutting a rant-laced promo and blaming the WWE Universe for the decision to join forces with AOP.

Rollins stated, “every single time I walk through that curtain, and I get in that ring, I lay it all on the line for each and every one of you. I stick my neck out for you guys, and not just in the ring, but in the media, too. And what do I get? What do I get? I get spit on, I get disrespected, and I’m sick of it!”

What’s Next for Seth Rollins?

Continuing his rant to the live crowd and those watching on TV, Rollins ended with confirming his alliance with the AOP, bringing them out to the ramp to stand alongside him. So, with Rollins now a heel for the first time since feuding with Kevin Owens and Triple H in 2016, where does he go from here?

Since Rollins is playing more of a reluctant heel that was forced to do so because of the fans, he most likely will continue this direction of “the fans made me be this way.” Honestly, this will be the best direction for Rollins, if he wants to continue to get major heat.

Although Rollins is one of the biggest workhorses in the company, the fans were no longer behind him as a babyface. One of the most pivotal moments of this turn from the fans was his Hell in a Cell match against “The Fiend” Bray Wyatt, which the fans were siding mostly with Wyatt. At Crown Jewel, fans continued to side with Wyatt, en route to him defeating Rollins for the Universal Championship.

For Rollins, 2019 has been an odd turn of events. Winning the Royal Rumble at the beginning of the year, he competed against Brock Lesnar for the Universal Championship at WrestleMania 35. Rollins defeated Lesnar, which was a big shock to the fans in attendance. Rollins lost the title to Lesnar at Extreme Rules, but regained it at SummerSlam.

This meant that Rollins defeated Lesnar twice in one year, which is something that Roman Reigns had to take three years just to defeat him once.

Could the Seth Rollins Heel Turn Lead to a CM Punk Match?

Seth Rollins vs. Kevin Owens was not scheduled for the WWE TLC PPV. However, the storyline will continue as Rollins continues to develop his character as a heel again. Rollins has been a heel in many of his tweets throughout the year, so being a bad guy on television will be an easy transition. Although Vince McMahon wanted to book Rollins as a top babyface, the pro wrestling fans were on board at the beginning of the year, but changed their minds as the year progressed.

Ultimately, the fans are looking forward to a potential match against CM Punk at WrestleMania 36 in Tampa, Florida. While this has made WWE news since Punk became a correspondent for WWE Backstage, the former champion has yet to confirm that he will be returning to the ring as a superstar. Now, with the Seth Rollins heel turn, the stakes are even higher for a CM Punk return. If Rollins continues to side with the AOP tag team, he will dominate the WWE Raw brand as a top heel.

With current feuds such as Rusev/Lana/Bobby Lashley, Randy Orton vs. AJ Styles, and Becky Lynch/Charlotte vs. The Kabuki Warriors, Rollins as a heel will catch more attention on the show, especially with Kevin Owens being such as huge babyface and seeking revenge on him and AOP.

If CM Punk does make the decision to return to in-ring action, Rollins’ heel turn is very timely to adding even more intrigue to that potential feud.

Read More: Is it Time for Roman Reigns to Turn Heel? Not So Fast