Is Rey Mysterio’s Son Plotting to Turn on His Father? 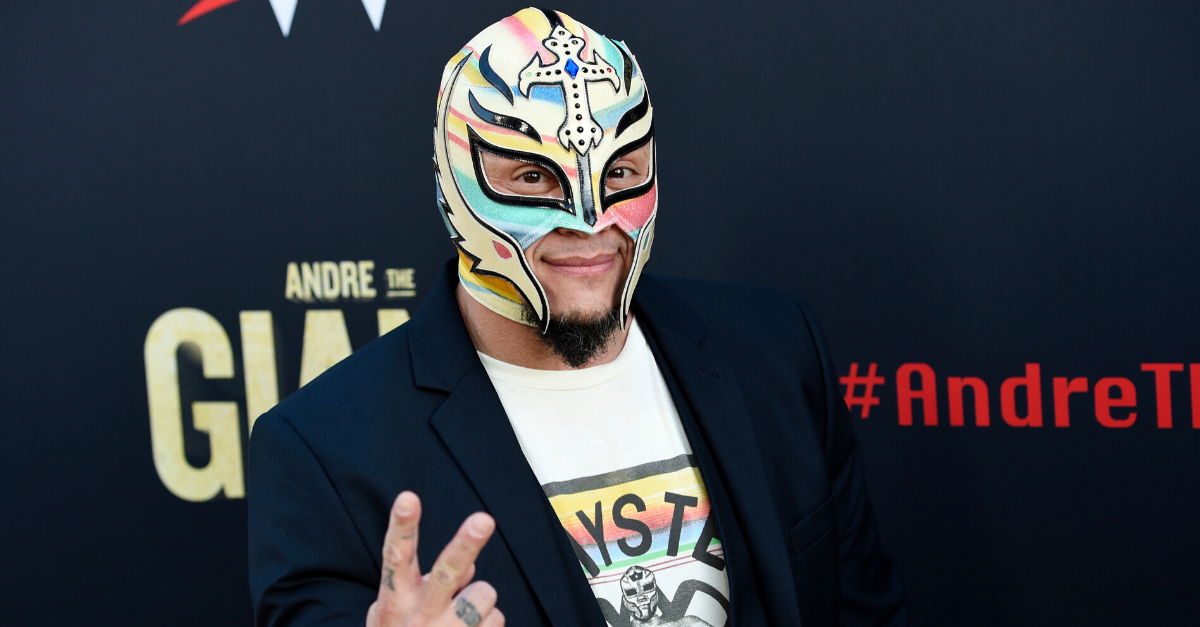 Celebrating his 30th year in the professional wrestling business, Rey Mysterio continues to be a top name in the business. Coming back to WWE after a four-year absence, Mysterio received a tremendous ovation when he returned to the 2018 Royal Rumble. He also competed in the 50-man Greatest Royal Rumble, which also received a very positive response. Six months later, Mysterio returned to full-time competition for WWE, defeating Shinsuke Nakamura.

During his most recent WWE run, Mysterio has been up and down in the card. At WrestleMania, Mysterio was squashed by Samoa Joe in an attempt to win the United States Championship. However, at Money in the Bank, Mysterio was finally able to win the U.S. Championship for the first time. He retained the title for a couple of weeks, before having to forfeit it due to injury.

Following a series of losses, Mysterio felt that it was time to hang up his boots for good. However, Rey Mysterio’s son Dominick encouraged him to remain competing, and he gave his father much-needed motivation to rescind his decision to retire from wrestling. In the process, though, Brock Lesnar was in the way of his championship journey, attacking him prior to his Universal Championship match against Seth Rollins. Lesnar even stooped so low, that he attacked Dominick by pulling him out the front row at ringside.

This led to Cain Velasquez making his debut on the premiere episode of Friday Night SmackDown on FOX, being brought in by Mysterio to gain retribution on Lesnar after The Beast defeated Kofi Kingston to become WWE Champion. Lesnar was able to overcome his UFC loss from 2010 against Velasquez following his win at the Crown Jewel WWE Network event. With Velasquez now in his rear view, Lesnar continued his terror of dominance, even threatening to quit the company while still being WWE Champion. He made his move to the Raw brand to seek revenge from Mysterio.

Armed with a pipe, Mysterio attacked Lesnar, and challenged him for the WWE Championship at Survivor Series, standing up for his son. At Survivor Series, Mysterio started off the match as the expected underdog. Despite this, Mysterio had a plan, which included his son Dominick doing a dual 619 on Lesnar, followed by a sequence of Frog Splash finishers from Mysterio, then Dominick, paying homage to Eddie Guerrero. Lesnar came close to losing his championship, but was able to win the match.

The next night on WWE Raw, Mysterio was able to replace Humberto Carrillo to face AJ Styles for the United States Championship. The conclusion of the match saw Randy Orton surprisingly assist Mysterio but executing an RKO on Styles, which led to Mysterio once again becoming U.S. Champion.

This is a very deserving moment of Mysterio’s legendary career, but you wonder if this could be leading to a shocking heel turn from his son Dominick?

Rey Mysterio vs. His Son Dominick

At 22, Dominick has made it known that he desires to follow the huge footsteps of his father, who is perhaps the most successful lucha libre superstar in pro wrestling history and a shoo-in WWE Hall of Fame inductee. To start his journey as a WWE star, Mysterio confirmed in a recent interview that his son will begin training at the WWE Performance Center starting in 2020. Based on the Frog Splash he landed on Lesnar at Survivor Series, it certainly seems like he is ahead of schedule when it comes to performing in the ring.

It would be interesting if this Rey and Dominick storyline leads to a match between the two at WrestleMania 36. The two can start off as a tag team at the beginning of the year, with Dominick making a shocking heel turn on his father leading up to the WrestleMania. Dominick could cut a promo of how he felt forbidden during the custody battle involving Eddie Guerrero back in 2005. This heated feud between Rey and Eddie led to a ladder match at SummerSlam, which Mysterio won.

The heel turn of Dominick on his father Rey could certainly be buzzing WWE news, and make their storyline one of the most intriguing ones going into WrestleMania if booked properly. After the match, whether he wins or loses, Dominick could continue to develop his in-ring skills by competing for the NXT brand.

With the trending storyline involving his father, he would easily be one of the biggest heels of the brand. Dominick could get some really good tutelage from both Paul Heyman and Triple H, as a result of the storyline occurring on Raw and he continuing to hone his craft in NXT.

READ MORE: Behind the Mask: The Rich History and Legacy of Lucha Libre