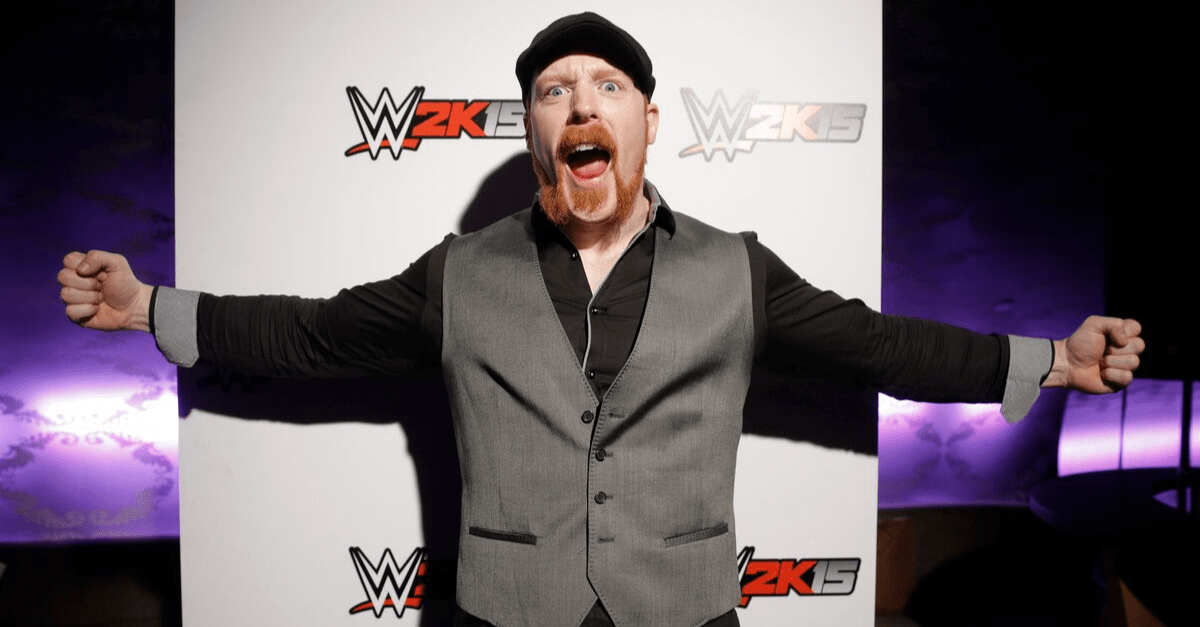 For many WWE stars, starting in the pro wrestling business was not an ultimate desire. While many WWE superstars dreamed as kids to be signed by Vince McMahon and make it to WrestleMania, there are some who had some intangibles which led to them being discovered at the gym or as a bodyguard.

For WWE superstar Sheamus, he who used to be a bodyguard for U2’s Bono. Sheamus, born Stephen Farrelly, worked at the Lily’s Bordello pub in Dublin, Ireland, before offering his services to U2 while the band was visiting. U2 accepted, and Farrelly picked up a job as Bono’s bodyguard.

Sheamus commented to New Jersey publication NJ.com regarding Bono’s visits at the Dublin pub, “[Bono] came in all the time. It was his favorite spot when he got off tour because he wouldn’t get hassled… he was a really cool guy and took time to say hello to everybody.”

The 41-year-old former bodyguard started a pro wrestling career in 2002, spending years competing in the European circuit. In 2006, he started his career with WWE, competing for the Florida Championship Wrestling (FCW) promotion. While competing for FCW, Sheamus also competed for the ECW brand, scoring big wins against names such as Goldust and Shelton Benjamin.

Surprisingly, Vince McMahon saw enough potential in Sheamus to quickly thrust him in the championship scene, winning a No.1 contender Breakthrough Battle Royal match on the November 23, 2009 episode of Raw. Just a month after debuting on the main roster, he achieved main event status.

Even more surprising, Sheamus defeated John Cena in a Tables match to become WWE Champion at the 2009 TLC pay-per-view. He remained world champion for two months, before losing it back to John Cena inside the Elimination Chamber on February 21, 2010, which also included Randy Orton, Kofi Kingston, Triple H, and Ted DiBiase, Jr.

Sheamus also won the 2010 King of the Ring tournament, making him the first Irish-born wrestler to win the WWE Championship and KOTR tournament.

Sheamus continued his main event status by winning the 2012 Royal Rumble match, last eliminating Chris Jericho. He then would go on to compete against Daniel Bryan at WrestleMania 28 in 18 seconds with a Brogue Kick.

Although this was the first and only World Heavyweight Championship win for The Celtic Warrior, he would win the WWE Championship on two more occasions, defeating John Cena at the Fatal 4-Way PPV (the match also included Edge and Randy Orton), and cashing in his Money in the Bank contract on Roman Reigns at the 2015 Survivor Series.

During the Superstar Shake-up, Cesaro was moved to the Raw brand, officially disbanding the team. However, Sheamus is recovering from injury, and should be returning very soon. In a recent interview, Sheamus stated that he desires to face Brock Lesnar, as well as compete for the Intercontinental Championship when he returns to become grand slam champion.