Sin Cara vs. Sin Cara: A Confusing WWE Storyline That Ruined a Career 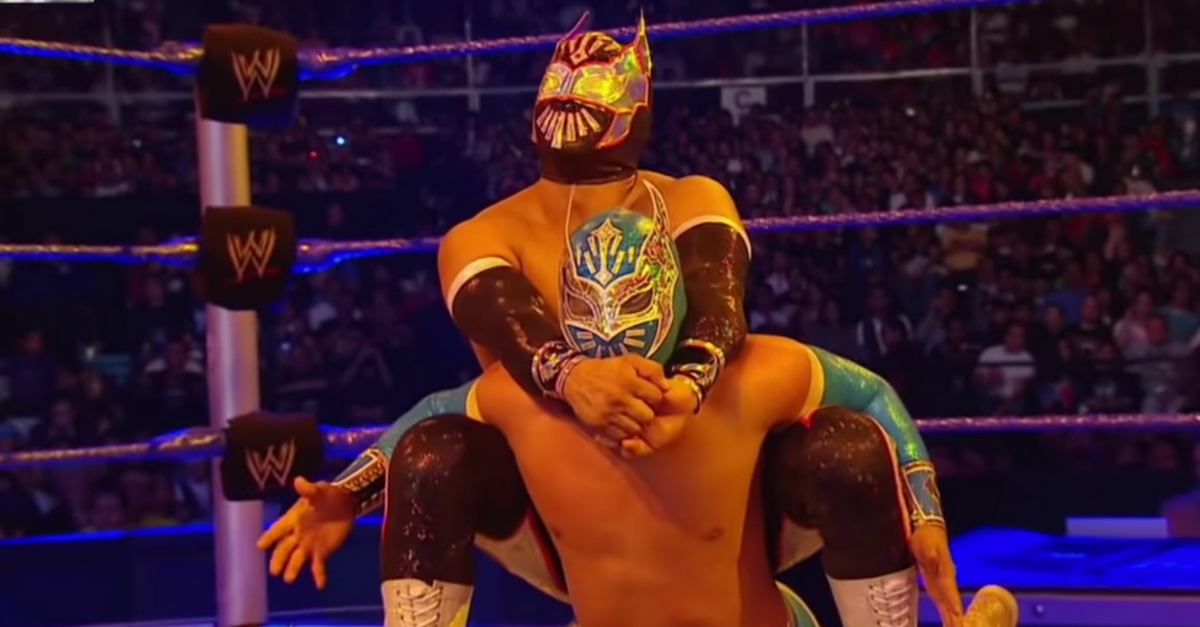 Sin Cara, whose real name is Luis Urive, was intentionally meant to be a major WWE superstar when he debuted in 2011. Known as Mistico in CMLL, Triple H saw his popularity as a luchador in the company, and recruited him to be a top name for WWE. In fact, the Mexican lucha libre star came in with very mysterious music, a theatrical entrance of jumping up off a mini trampoline into the ring, and also having dimmed light during his matches.

During the beginning stages of his WWE debut and push, Sin Cara defeated top named wrestlers on WWE Raw and WWE SmackDown, such as Daniel Bryan, Chavo Guerrero, Drew McIntyre, and Sheamus.

For over a year after his debut, Sin Cara had an impressive in-ring record. He even had an opportunity to compete for the Intercontinental Championship a few months after debuting, and also competed in the Money in the Bank match for a WWE Championship contract. In addition, he even teamed with John Cena in just his second appearance on Raw in a win against The Miz and Alex Riley before an unusual storyline twist.

RELATED: Behind the Mask: The Rich History and Legacy of Lucha Libre

Just a few months into his push, Sin Cara met his arch nemesis; none other than another Sin Cara. WWE billed this feud as Sin Cara Azul (blue) against Sin Cara Negro (black). Sin Cara Negro was placed by Jorge Arias, also known as Hunico.

This feud led to a match at Hell in a Cell, with the original Sin Cara winning. They competed again a couple of weeks later in a mask vs. mask match, with the original Sin Cara winning again. This forced Sin Cara Negro to unmask, and he would then return to his Florida Championship Wrestling gimmick, Hunico, and team with Camacho (now known in New Japan Pro Wrestling as Tanga Loa). Sin Cara feuded with Hunico following his unmasking, competing against each other on NXT and Monday Night Raw. The two also competed against each other at the 2012 No Way Out pay-per-view, with Sin Cara winning yet again.

Although Sin Cara came out of the gate with a major push as a WWE star in store, his stock started to drop heading into 2013. He had losses against names such as Darren Young, Alberto Del Rio, Cesaro, Curtis Axel, and Jack Swagger, and was never able to regain the steam he once had. Additionally, the WWE Universe was not as high on him as when he first came to the company.

In 2014, WWE news broke that the original Sin Cara was released from his contract. Regarding his WWE release, he told ESPN, “[It’s hard] when you are not given opportunities, when you are limited and they do not want you to look better than the American wrestlers. People loved me a lot, they wanted to see my work, just as I was doing it in Arena Mexico as Místico, but when I noticed that I didn’t get the opportunities and that they were putting roadblocks and obstacles in my career, I made the call not to renew my contract and returned to Mexico, to give it another try and to start from scratch with a new character.”

When the original Sin Cara character was released from his contract, WWE wanted to continue the gimmick. As a result, the impostor Sin Cara, who returned to Hunico, replaced Luis Urive permanently. This iteration of Sin Cara experienced much more losses than when the character debuted, and his push was no longer.

However, his character somewhat revived when he returned to WWE NXT and started teaming with Kalisto as the Lucha Dragons. At the NXT TakeOver: Fatal 4-Way WWE network event, the Lucha Dragons defeated The Ascension (Konnor & Viktor) to become NXT Tag Team Champions. They retained it for four months before losing to Blake & Murphy.

Following their NXT Tag Team Championship loss, the two went up to the main roster, and initially racked up several tag team wins. They also had a marquee match at the 2015 Elimination Chamber, which featured the first-ever tag team chamber match. Additionally, Sin Cara and Kalisto have been a part of either WrestleMania or the WrestleMania kickoff show, but not as a team.

The final months of Sin Cara’s WWE run was feuding with Andrade with Zelina Vega, losing the feud against him. In fact, he did not even win one match during their series of matches.

In August 2018, Sin Cara underwent surgery to repair his injured knee. He stayed out of action for 10 months, returning at the Super ShowDown event. After leaving WWE, he extended his professional wrestling career by returning to AAA, where he announced his name change from Sin Cara to Cinta de Oro.