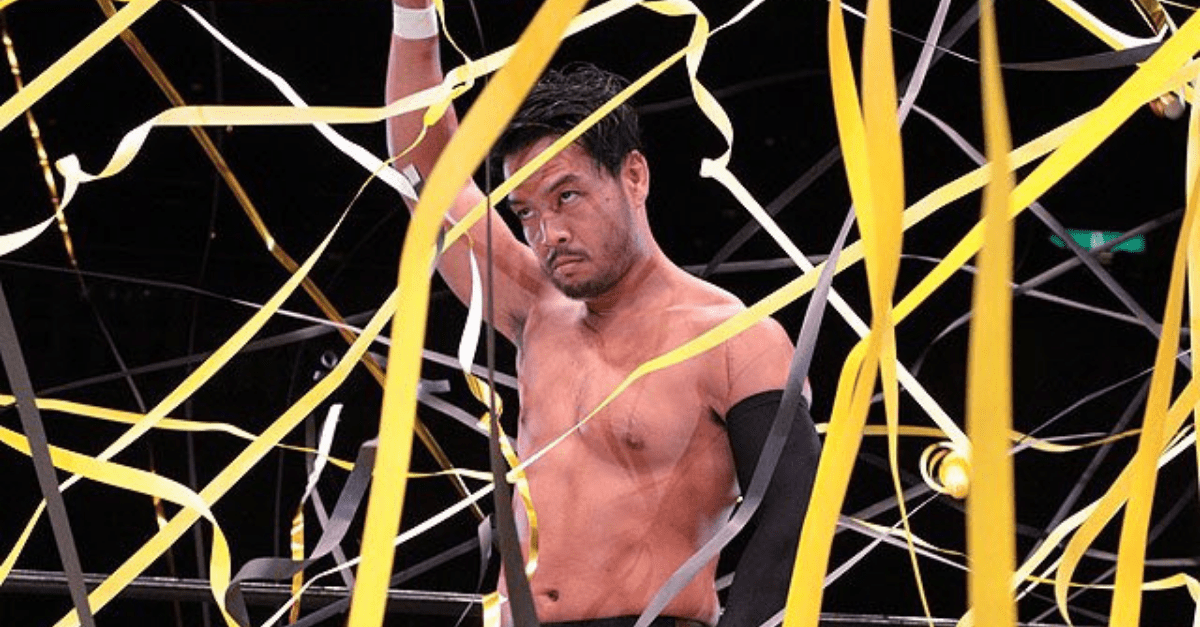 The mass exodus from WWE is continuing, as even more people backstage are voicing their frustration to the point of requesting departure from the company. In addition to WWE superstars including Dean Ambrose, The Revival, Mike & Maria Kanellis, and Dolph Ziggler, another name has reportedly been frustrated with his current position in the company.

According to Fightful.com, 205 Live star Hideo Itami has requested his release from WWE. Itami made this decision due to being unsatisfied with his direction creatively. He confirmed this report by changing his Twitter back to his pre-WWE name, KENTA, and posted, “Thank you.”

Itami, who was a very hyped acquisition from his popularity in the Pro Wrestling NOAH organization, started his career in NXT with a promising direction. Itami even reached a point in his WWE career that he was a part of the Andre the Giant battle royal at WrestleMania 31. However, due to injury, his push did not continue, and he was irregularly used as a top name.

When Itami started his NXT tenure in 2014, he immediately was involved in a major feud, teaming up with Finn Balor to oppose Tyson Kidd and his tag team partners of Justin Gabriel and Tyler Breeze. This tag team momentum led to a victor over one of the most dominant teams in NXT history, The Ascension, at the TakeOver: R Evolution event. He would also go on to defeat Breeze at the TakeOver: Rival event in February of 2015. In 2015, Itami was out over a year due to a shoulder injury, but still experienced success in NXT upon his return in the summer of 2016. Itami was sidelined with another injury in late-2016, shelving him for another five months.

Itami did receive an NXT Championship match at TakeOver: Chicago in May 2017 against Bobby Roode, but was unable to win. In December 2017, Itami made his main roster debut, once again teaming up with Balor, and the team defeated Bo Dallas and Curtis Axel. WWE soon announced that he would be shifting over to WWE 205 Live as a mainstay for the division.

Although Itami experienced mild success for the division, he only had two opportunities to compete for the Cruiserweight Championship. Both of those opportunities ended up in losses in a singles match against Cedric Alexander on an episode of 205 Live on July 10, 2018, and just recently in a Fatal 4-Way match at the Royal Rumble kickoff show against Buddy Murphy, Akira Tozawa, and Kalisto.