Over the course of the coming weeks, while the eyes of the world are focused on Qatar, there will be countless feats of athleticism on display. Jaw-dropping goals are certain to be scored. Goalkeepers will fly through the air and contort themselves in mindblowing ways to keep the ball from crossing their goal line. Players will do amazing things with the ball at their feet. Much like the Olympics, the FIFA World Cup allows us mere humans to gawk in amazement as the best players from around the globe gather in one place. One such player, whose name you may not immediately recognize, is Christian Eriksen. His journey to Qatar with the Danish national team is a remarkable one simply because he'll be able to step foot on the pitch. 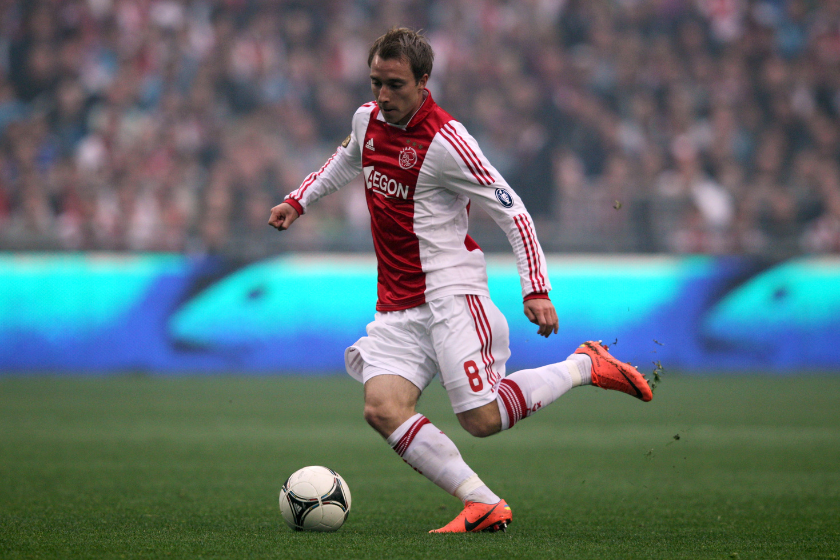 From a young age, it was clear to those closest to him that Christian Eriksen was gifted on the pitch. He began playing at three years old in his hometown of Middelfart, Denmark. The sport was in his veins. His parents and sister all played. By the age of 13 he was playing with Odense, where his skills with the ball, on set pieces, and dribbling began to garner even more attention. The team won the U16 Championship in 2006, and his performances started drawing international eyes to come watch him play. He would travel to several clubs for "trials", ranging from Chelsea to Milan to Barcelona, before ultimately signing with Ajax Amsterdam in 2008. By January of 2010 he had made his way through their youth system to make his senior debut with the club against NAC Breda. That year was also his debut appearance at the FIFA World Cup - where he represented Denmark at only 18 years of age. He was the youngest player in the entire tournament. He would spend the next few years as the stalwart playmaker for Ajax, helping bring them consecutive Eridivisie titles before leaving to join the English Premier League. His talent as a world class footballer was unquestionable.

A Nation (and the World) Holds Its Breath After Eriksen Collapses 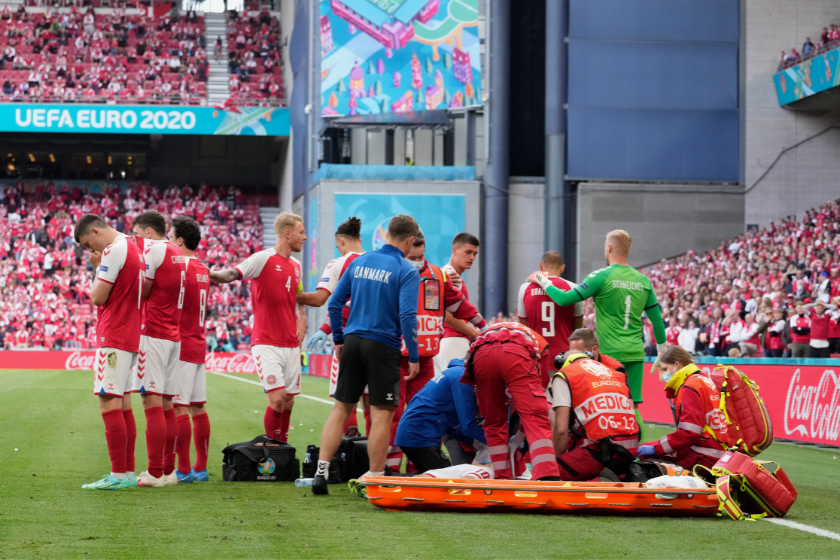 The UEFA European Championship is a tournament held every four years since 1960, which pits national teams from Europe against one another to crown a continental champion. It is typically the second most watched tournament after the FIFA World Cup. The 2020 edition was postponed due to the COVID pandemic, but was ultimately played in 2021. It was among the first major international tournaments to return to action. Christian Eriksen would once again represent his home nation of Denmark. The squad took to the field in Copenhagen for their opening match against Finland on Saturday, June 12th 2021. The day would prove to be life-changing for Eriksen - literally.

Toward the end of a scoreless first half, Eriksen chased a pass into the penalty box in hopes of taking possession and creating a scoring chance for his teammates - something he'd become renowned for throughout his career, for both club and country. Unfortunately he wasn't able to track the ball down and the ball was cleared out of play for a Danish throw-in. As Eriksen turned to received the subsequent throw-in, he collapsed. The raucous atmosphere around the stadium quickly turned to one of concern for the health of one of the game's star players. After nearly 10 minutes of treatment on the pitch, he was stretchered off - heading straight to the hospital for further treatment.

It was a surreal scene to watch unfold, even for those of us who were only tuning in on TV. The game was stopped in the immediate aftermath, but after much deliberation, ultimately resumed later that night. Finland went on to win 1-0, but all thoughts were with Eriksen. The following day, Denmark's team doctor held a press conference and provided an update on Eriksen's condition. It turned out that the otherwise healthy 29-year old had suffered a cardiac arrest. The news reverberated throughout the stadium, the tournament, and ultimately around the world. Thankfully, the attention he received in the immediate aftermath of the collapse, combined with the further treatment once he got to the hopsital, saved his life. He had surgery to implant an ICD (implantable cardioverter defibrillator) to help regulate the heartbeat should any rhythmic disturbances occur. Six days after being admitted, he was discharged from the hospital with the ICD successfully implanted. With the news of his recovery, fans all around the group took a deep breath of relief in the knowledge that he would be OK.

The Great Return to the Pitch 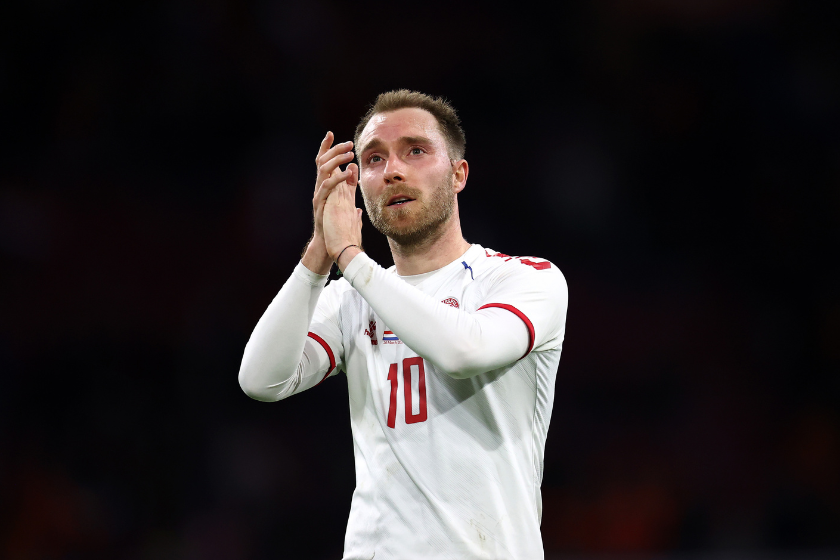 Obviously, a return to health was the first step for Eriksen on the road back. The question then became what would happen to his career. At the time, Eriksen was playing his club football at Inter Milan in the Italian Serie A. The league's rules prohibit anyone from playing who has an ICD, so a deal was worked out to allow him to leave after his contract with Inter was terminated on December 17th, 2021. He had returned home and begun training with his former club to maintain his fitness and work his way back to game shape. He found a new home back in the Premier League with Brentford, a club that has strong Danish ties. Several players on the roster are Danish, and head coach Thomas Frank had worked with Eriksen while in charge of Denmark's U-17 squad. On February 26th, 2022 - roughly eight months after his collapse, Christian Eriksen took to the field as a 52nd minute substitute during the club's home match against Newcastle United. He was signed through the end of the season, and those few months with Brentford proved magical, for both the player and the club.

Eriksen's impact for Brentford was instant, and significant. He almost instantly become the focal point of the team, serving as the creative engine for the club's attack. In the short window he played for the club, only Manchester City's Kevin de Bruyne and Arsenal's Martin Odegaard had created more chances for their teams. His return to form lead to numerous offers for his services at the end of the season. Brentford offered him a new contract, but he ultimately decided to sign with Manchester United, where he's become a key playmaker for the Red Devils as they continue to try and return to the glory of the Sir Alex Ferguson days.

Eriksen returned to the Danish National Team on March 26th, 2022. When Denmark take the pitch for the first time in Qatar on Tuesday, November 22nd against Tunisia, Eriksen will once again grace the world stage with his tactical acumen, creativity, playmaking ability, and world class skill. It will mark the culmination of an incredible journey from that harrowing day in June of 2021 that we will all have the privilege of witnessing. His is a remarkable story that has many more chapters yet to be written. Perhaps the next chapter will end with Eriksen lifting the World Cup Trophy.