The 2022 FIFA World Cup Group D will pit France, Denmark, Australia and Tunisia against each other. This group might look a little familiar to some eagle-eyed soccer fans in 2022. That is because it's almost identical to 2018's World Cup Group C which also had France, Denmark and Australia, with the only difference this year being Tunisia replacing Peru.

Eventual FIFA 2018 World Cup winner France finished at the top of that group, surviving Denmark knocking at the door with their second-place finish. What would have been the premiere match of Group C in 2018, France vs Denmark played out to a disappointing 0-0 draw after Australia lost to Peru, and both Les Bleus and De Rod-Hvide were already guaranteed a spot in the knockout round. This year we should get an actual matchup as France and Denmark meet in the second of the three group stage matches. It very well could be what determines who comes out winning Group D. That match will take place Nov. 26 in Doha, Qatar. Australia, and an even stronger Tunisia, with their stingy defense, look to play spoilers to France and Denmarks battle for Group D supremacy.

Below is a breakdown of how each squad looks heading into the 2022 World Cup. 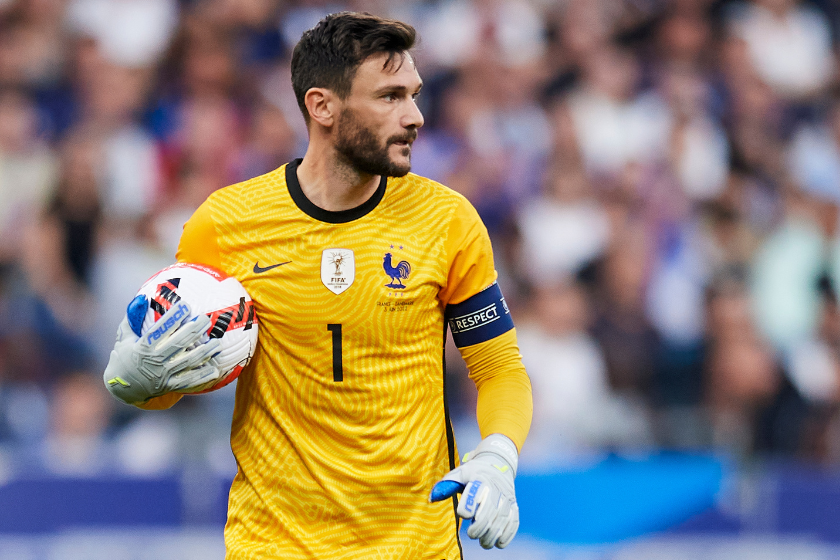 Kylian Mbappe, the star of 2018, returns to lead France in Qatar 2022. He gets paired with a returning Karim Benzema, the Real Madrid striker who missed the 2018 World Cup. Through the years, he has helped lead Real Madrid to UEFA Champions League and La Liga titles and hopes to add the World Cup trophy to his resume. At 34 years old, this will probably be his last chance to do so.

Working against Les Bleus are some key players who won't make the trip to Qatar. Paul Pogba and N'Golo Kante will not be there. The team looked to potentially be without Raphael Varane, but it seems as if he is a go for World Cup 2022 as of the official squad announcement. Still, there is no replacement for Pogba and Kante. With those two out, others on the team will have to step up to fill the void. It will need to be a real group effort as those are big shoes to fill.

The path back to the World Cup victors stage is a rocky one for France. Sixty years of history is working against them. But it's far from an impossible feat. What is for sure is they should have no trouble getting out of the group stage if not winning Group D outright. From there they would match up with the Group C runner-up in the round of 16. 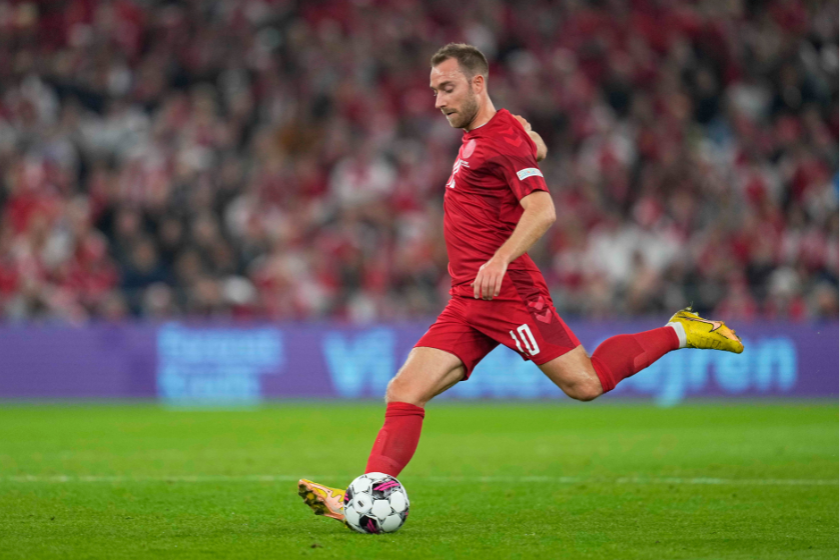 Denmark will be the dark horse in this World Cup for many people, and rightfully so. De Rod-Hvide has come on strong in recent tournaments. They qualified for the knockout stage in 2018 and had an impressive run in UEFA Euro 2020, making it to the semi-finals before losing in extra time to England. That feat was made more impressive with the absence of Christian Eriksen, who suffered cardiac arrest during a game early in the group stage of that tournament.

With Eriksen back and healthy in 2022, alongside Andreas Christensen, Kasper Dolberg and Andreas Skov Olsen, the Danes could be a tricky out in this tournament. They are unassuming yet built solidly from top to bottom. Their ability to dictate and control play is their outright strength. Denmark qualified for Qatar 2022 without having conceded a single goal. And while they are not spoken about in the same breath as World Cup mainstays, such as Brazil, England, Germany or Argentina, perhaps this is the year that could start to change.

Denmark should easily qualify for the round of 16, but don't think France has too much of an inside track on winning Group D. Denmark has defeated France twice in the last 5 months. If Denmark can win Group D, their path to the quarterfinals gets easier. The Group D runner-ups journey beyond the round of 16 will most likely go through the Group C winner, which would likely be Argentina. 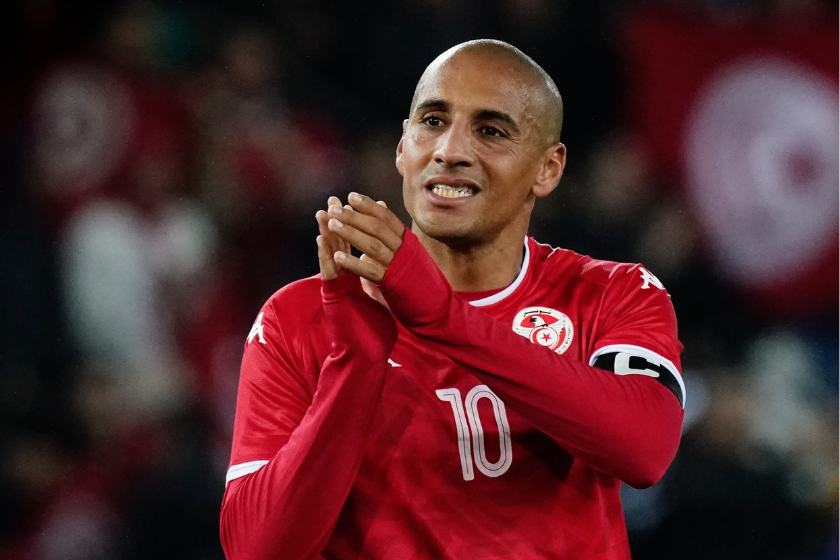 Tunisia enters their sixth World Cup and is eying their first trip to the knockout stage. One would think they would have to knock off Australia and pick up at least a draw with France or Denmark to make that dream a reality. Tunisia is a defensive-minded team that is content to sit back and let the game come to them. That will make an upset over France or Denmark unlikely. However, a draw with either is well within the realm of possibility.

Before their 5-1 drumming at the hands of international soccer superpower Brazil, the Eagles of Carthage had only let in 3 goals to that point in all of 2022.

Forward Wahbi Khazri leads Tunisia, while fellow forward Youssef Msakni returns to the squad after missing 2018 in Russia. It's Khazri who gives Tunisia their best chance at netting a few with a presence up front. Will it be enough, however?

Look for low-scoring games when Tunisia is on the pitch. They will rely on defense to get them through to the knockout stage. Well, defense and luck. Any scenario wherein they beat Australia and draw with France and Denmark would likely come down to goal differential. A prospect that, on paper, does not favor Tunisia. 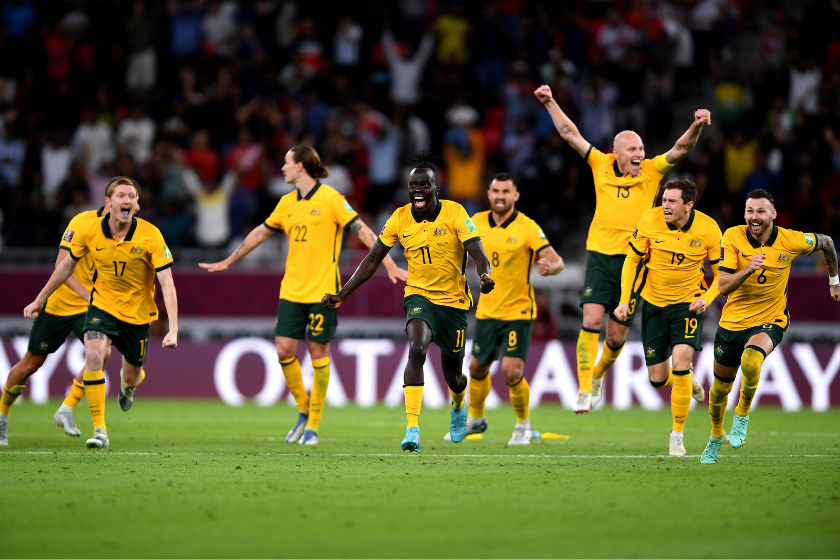 The Socceroos will have a fresh new squad in Qatar. Seventeen of their 26 players will be playing in their first World Cup, and it will be interesting to see how the first-timers respond to the pressures of the tournament after winning the playoff to get in. For the remaining nine, they will again battle France and Denmark in the group stage as they did in 2018, which saw them finish last in the group. If Tunisia puts up a fight, that may well be the reality for the Socceroos in Qatar as well.

Australia was almost without their star player for Qatar as midfielder Ajdin Hrustic rolled his ankle just weeks ago playing for his Serie A club Hellas Verona. Hrustic is confident he will be a full go when the Socceroos take the field, and they will need him as Hrustic is one of the few Aussies with European club league experience.

Australia narrowly advanced through the qualifiers to punch their ticket to Qatar 2022. As such, I don't think we should expect much from their squad as they battle through Group D.

MORE: Group C World Cup 2022: Argentina Looks to Give Messi His Crown, As Mexico Looks to Spoil the Fun